The Arrowverse is on The CW App, for free 🤓

I’ve seen more than a few complaints or requests that The CW Arrowverse shows aren’t on this app. Although they aren’t, and probably won’t be for a while, you do have options. Most people have Netflix. At this point in life it’s too easy to have it, especially if you have friends! I personally have watched Arrow and Flash live on my DVR for the past 4 years. It’s been great! Although recently I decided I didn’t want to pay for cable anymore because the only shows I watch are CW shows. When I found out Netflix and The CW had struck a deal to release full seasons the day that the conclude I decided to erase everything on my DVR. Now I’m watching weekly again like old times, and I can cast to all my TVs with chromecast! My only complaint is I cant fast foward thru the ads, but they’re shorter than cable. Cool thing about the CW app versus say The FX or AMC apps? The CW doesn’t ask you to log into your cable provider. Plus the picture is more clear! If you aren’t caught up hop on Netflix and binge up before the new episodes get too far deep. Can’t wait to chat about this years Arrowverse with y’all. What characters are you excited to see? 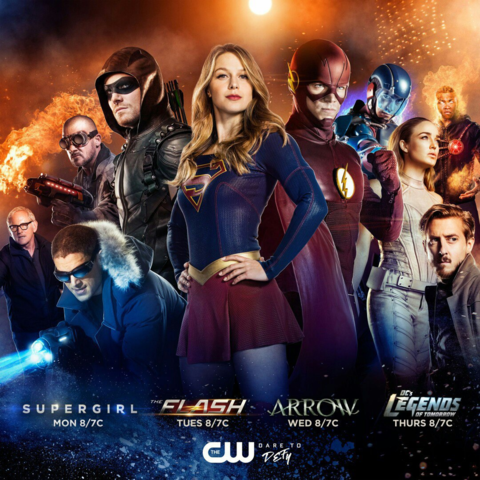 Thanks for the info. Just to make sure I am understanding correctly, the previous seasons are on Netflix and the most recent season is on the CW app?

Yes back seasons that have already aired are on Netflix. Current season episodes are on the CW app. But the CW app is advertiser supported, so there are short commercials. But that’s why it’s free.

The CW app has the last 5 aired episodes on it of each show. You can’t go on there and watch the entire season so you’ll need to keep up with it if you want to watch on the app. I cut the cable too and watch that way.

Due to pre-existing deals, the Arrowverse shows (and Gotham etc) probably won’t be on here for a while. Once those deals expire we can probably expect more. In the meantime, DC Universe still has plenty of other shows with new ones on the way, so I’m not complaining.

To answer your question Mr. Strange, yes you got it right. Netflix has all seasons, other than the current airing season.
And the CW app has the rest! But yeah like what was just said they only keep the last 5 weeks. I’ve seen upward to 8 episodes kept, but I could be wrong. It’s safe just to watch week by week!
Or if you’re overwhelmed already by everything here you might be perfectly happy sticking to what you got and waiting for the end of the season for it to pop on Netflix. That’s also cool cause sometimes it’s nice to binge (:
I honestly might drop any of the shows at any given moment dude to not having time, but we’ll see. One show I’ve never let more than 2 episodes stack is The Flash. So that will be one I’ll prioritize for sure
Might have to start a “Talking Flash” weekly thread like Talking Dead