The Aquaman Sequel Gets an Official Title

Aquaman and the Lost Kingdom

So we learned today from none other than director James Wan, who shared the title on his official Instagram account. 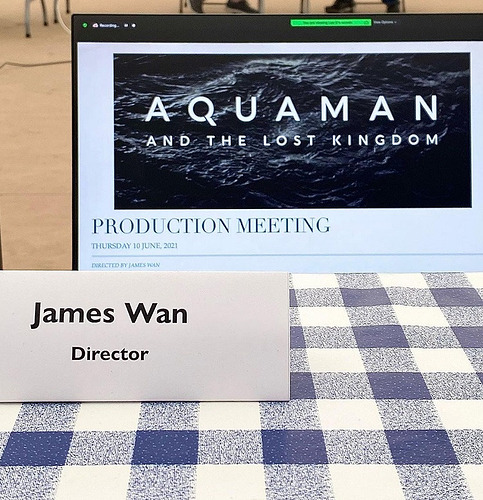 What the “lost kingdom” in question may be is up for speculation, but as Aquaman and the Lost Kingdom moves from development and pre-production into production, we should start to learn more. For now, it’s enough to know that “the tide is rising” and while that may be good for Arthur and Atlantis, it sounds pretty ominous for the rest of us.

Aquaman and the Lost Kingdom, directed by James Wan and starring Jason Momoa, is due in theaters December 16, 2022.

Are you excited for the next Aquaman movie?

SOOOOOO Excited for this movie!!
I love Aquaman, and loved the first movie, so I can’t wait to see what’s next.

I really enjoyed the first movie as well. Any idea as to what the “lost kingdom” might be referring to?

A Thanagarian Kingdom to tie in to Hawkman.

Can’t wait especially if Manta is still the big bad.

That Italy scene was so great.

I’m f’ing pumped for the next Aquaman movie!

I’m also extremely grateful that we live in a world where things such as “I’m f’ing pumped for the next Aquaman movie!” can be said, because it means Aquaman movies are real, and no longer “Maybe one day, we’ll see it happen.” figments of our fanboy/girl hearts and minds.

sits back and imagines what the eventual Aquaman and The Lost Kingdom toys may be like, ala Marge Simpson when she sat back and thought of products she’d like to purchase

Love the title! It feels like forever ago since the last movie. I love that they’re keeping the holiday season release date.

Gives me some Indiana Jones vibes, which is awesome.

Title gets my Official @msgtv Stamp of Approval

Are you excited for the next Aquaman movie?

Aquaman movie news sneaking up on you…

Will definitely be fun seeing how it plays out!

Read this series. Its highly underrated, yet very good.

Yes I’m looking forward to this movie, enjoy the first one. As to what the lost kingdom is it could simply be Atlantis, or some other kingdom time will tell.

You’re welcome. I’m always happy to spread The Good Word about that title.