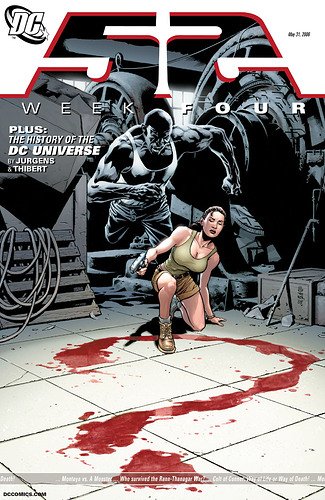 Welcome to the latest installment of The 52 Book Club!

First off, Happy Memorial Day to everyone!

Now, this week, as you can see from the topic, we’ll be reading issue four of this series. Here’s the synopsis:

Renee Montoya and The Question look for answers, as does Ralph Dibny when he confronts the Cult of Conner. Meanwhile, John Henry Irons discovers the literal meaning of Man of Steel and lost heroes return in Week 4!

Looking forward to hearing your thoughts on this issue and more.

I am enjoying rereading this, as I have forgotten many of the details. I feel for Ralphs grief and his need to believe in the possibility of resurrection. Booster needs to get over himself, though.

Same here – I think last time I read this was… around the time it came out, so it’s been pretty interesting so far.

Agreed on Ralph and Booster. You want to hug the former and smack the latter upside the head.

Thanks For sharing your thoughts!

Looking forward to it, Don!

Oh, and if you guys want to talk about this issue and many more with Renee Montoya and a certain awesome redhead who is introduced in this series but hasn’t shown up yet, check out the Birds of Prey Club’s month-long reading featuring those two ladies and many more.

Pride month, we’ve got a special batch of books for you to check out, featuring two esteemed and vigilant citizens of Gotham: Kate Kane & Renee Montoya! [image]

I’m going to say this was above-average of the 52 issues. I think in particular with Renee the slow cook method is best, she’s quite the Intriguing character.

Some scenes I thought were memorable ( here in the DC Community we live life one panel at a time): 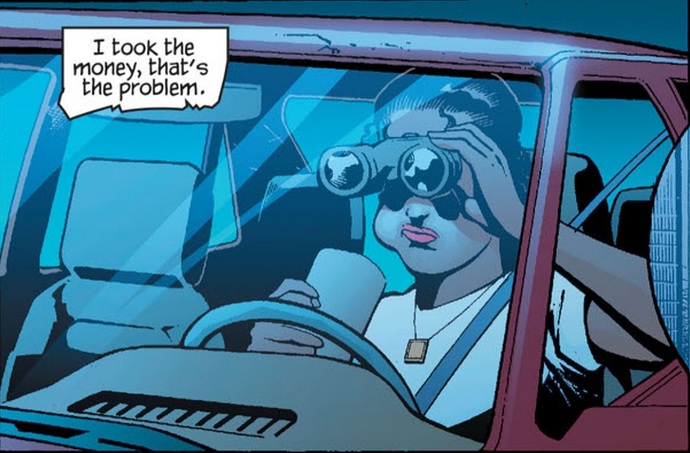 I’ve had regrets like this panel above as a program manager when I deal with customer projects to fulfill that should have never been sold because they are “mission improbable.” 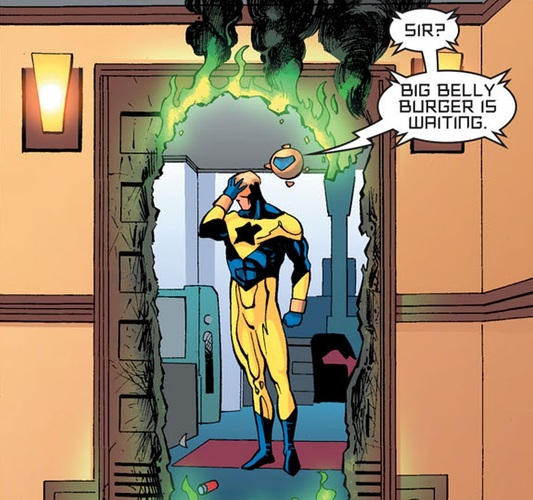 You could say there’s a certain chemistry above between Fire and Booster Gold… I’m not sure it’s too healthy lol.

Oh man the scene above with John Henry Irons ruminating almost painfully in his mind the scene of chastising his niece and potentially destroying any relationship reminds me very much of my even current-day at times turning over and over again in my mind my relationship with one of my children who is now 35 (that has to be one of the silliest names right up there with all the names that had to have L and L in them back in the day for Superman titles). 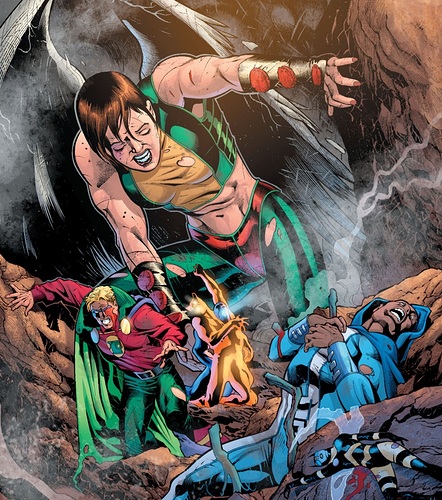 Nice to see this upbeat happy ending for Issue 4… the storyline is obviously going to be “rosey” from here!

Hey it’s tough when you’re on the clock like Booster is.

I think in particular with Renee the slow cook method is best, she’s quite the Intriguing character.

Yeah, from what I remember, I think Renee and Vic’s story is probably the strongest in the series, though that may just be my own personal biases.

(Speaking of which, I’m utterly avoiding the History of DC story that’s running in the back of these issues, that was blown up like six times since this was published 15 years ago).

Haha, I’ve been reading these from a digital trade I got WAY back and never read (it’s a bad habit of mine) and haven’t gotten to those yet, but I may have to flip through and see what they look like. It might be fun to see and go “that’s not right anymore, that was retconned…”

You could say there’s a certain chemistry above between Fire and Booster Gold… I’m not sure it’s too healthy lol.

Yeah, that was a good scene – I think it helps show that Booster isn’t just a glory hound and does have a solid history as a hero. I’ll be honest, I read the first month of the series in bulk when I started this so some of it is a blur, but I think there was a scene where Booster talks about being more celebrity focused because he’s scared of dying like Ted did, which was such a great scene that shows Booster’s humanity.

Yeah, those scenes with him and Natasha are pretty rough. While it kind of feels off because I don’t remember ever seeing Natasha being this much of a brat, I also don’t remember her being much of a character with any sort of personality, so I guess it works out.

Nice to see this upbeat happy ending for Issue 4…

I do like this approach to approaching fallout from these big superhero events like Infinite Crisis. You see in real time how consequences can fall from them. It gives these over the top and impossible events a feeling of plausibility.

Thanks for sharing your thoughts, @Don-El!

Me: “Grant Morrison wrote this scene, didn’t he?”