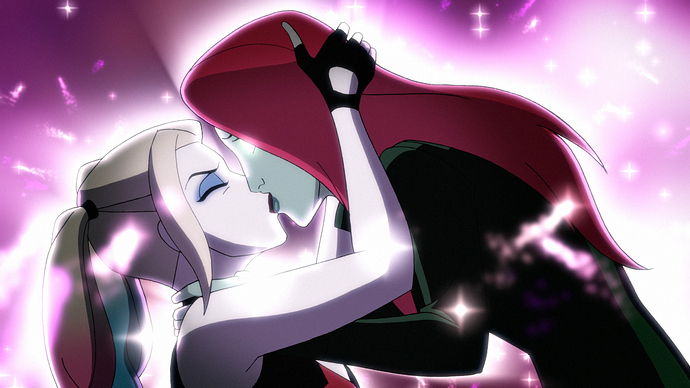 If you’re a Harley/Ivy shipper, then you have plenty of reasons to be celebrating right now. A recent episode of DC Universe’s Harley Quinn ended with the Lady of Lunacy locking lips with the Princess of Plants as they escaped Bane’s underground prison. The moment was a long time coming and was a culmination of something that had been building ever since the show’s first episode. What, did you really think that Poison Ivy and Harley Quinn were just friends?! Fans of the villainous vixens have known for years that there’s something special between the duo, and we have the receipts!

Check out this News article to learn more!

Do you ship Harley and Ivy? Let us know in the comments below!

Harley and ivy together yes !!!

Say it louder for the people in the back!!! 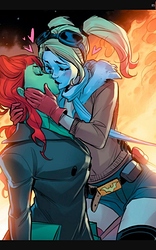 The article pretty much covered all my favorites, (that first kiss was perfect!) but I’ll add something anyway since the HQ Finale dropped today!

That Batman #43 (2018) might take the top spot for me, just for grandeur and stakes. Their love did literally saved the world. It’s a delicate situation and Harls is so gentle. Aww 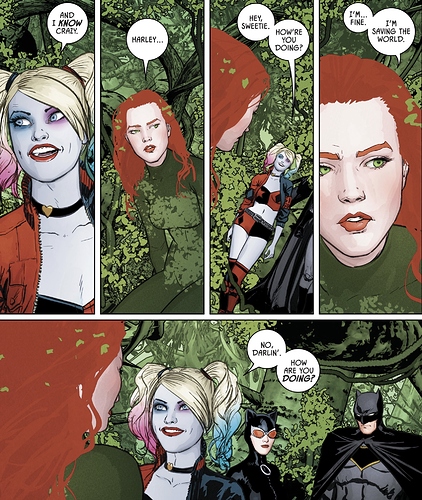 I also loved everything in the therapy sessions and simulator (w/ ALL the characters) in Heroes in Crisis (2018) but the best were the heart to hearts w/ Ivy (and the one w/ Batgirl, gotta say awww

)
This panel was fun tho. 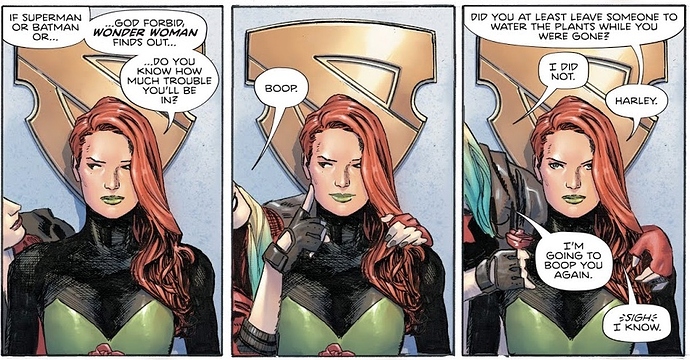 This scene from Harley Quinn & Poison Ivy (2020) was pretty great too. Ivy’s talking about another version of herself who doesn’t yet know their bond/love 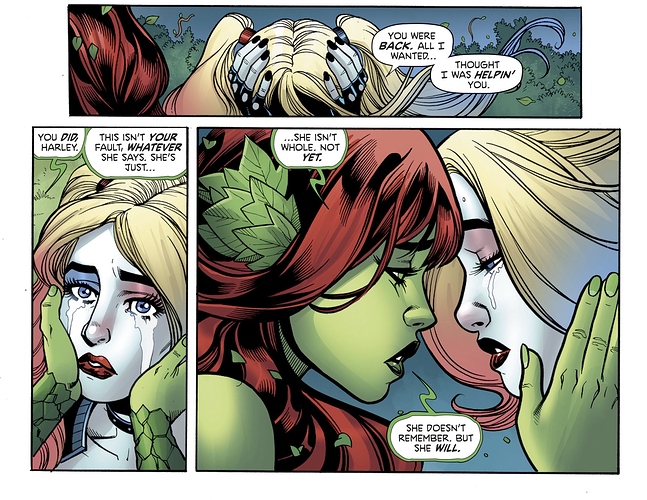 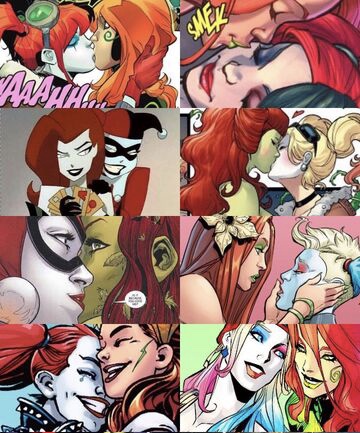 I really hope their relationship becomes fixed in the DC canon in all futures comics, shows, and movies.

I really am love of DC Harley Quinn Animated Series! Harley and Poison getting married, escaped from the Po-Po and find the honeymoon in the Caribbean, Puerto Rico. When DC Harley Quinn returned for the 3rd Season (if necessary) if Harley and Ivy getting adopted baby in Gotham City Orphanage would be 2 Mommies after the honeymoon.

I may have been a kid, but I knew: These two work. Love this relationship. I wish we could get more moments like this in comics though.

I’m new to this sector of fandom and just starting to read comics. There’s so much to go through though. Is Ivy still dead in the main continuity? I’m clamoring for some new content with her and DEFINITELY some Harley/Ivy since the show ignited that fire, but it’s seems there hasn’t been a lot in the last couple of years.

Correct me if I’m wrong, but I was just wondering. We need more Ivy content, DC!! And more Harley/Ivy too.

Just saw we got the first issue of the recent Harley & Ivy mini-series in our beautiful library!

Eeeee! I LURVE it!

Got me extremely excited ! Hopefully we get the whole series

Just got a chance to read Love is a Battlefield (2021 Valentine’s Special) Harley & Ivy’s story was… beautiful, and unexpected.