Every Saturday for five months, we’ll watch two randomly selected episodes of Teen Titans. Since they’re not always going to be in order, there will be a break in between the two episodes. 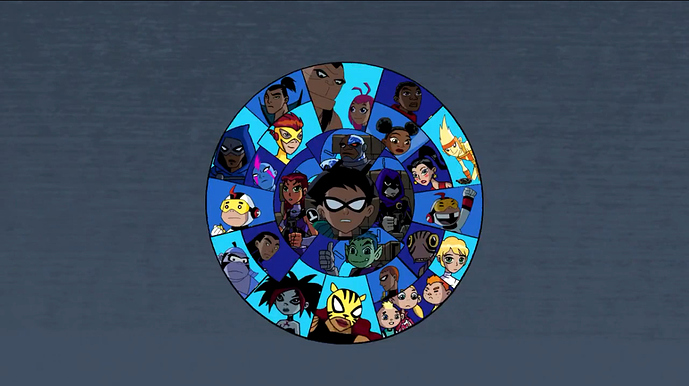 The final game has begun. With the Titans are spread throughout the globe on one last mission, Brotherhood mastermind, the Brain, makes makes his move. Robin has a strategy of his own but as all the villains begin taking down all the superheroes all at once, will it be enough to save his friends? 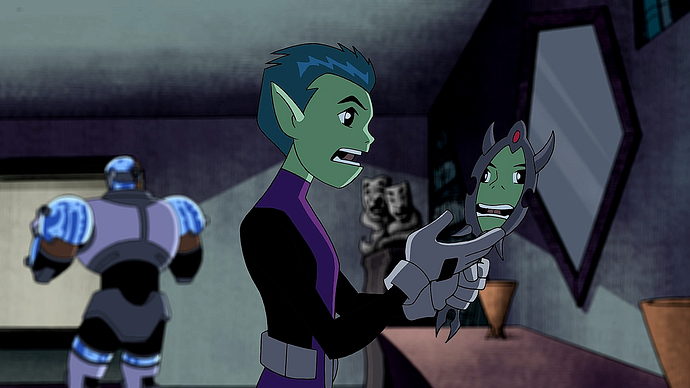 When a battle with Dr. Light pushes Raven over the edge, the Titans see a side of their friend they’ve never seen before: her temper. After Raven’s creepy tantrum leaves Dr. Light begging for mercy, Beast Boy isn’t quite sure how to treat her.

So call all your titans, because the watch-along for these two episodes starts tomorrow night at 5PM PST/8PM EST!

An hour earlier to accommodate the trivia game? Nevertheless, I am looking forward to it

from the open: BB’s “never underestimate the Brotherhood of Evil’s evilness”

Titans are back B-words!

I think that was Psimon going for Raven

Crazy, I forgot Jericho was in the dcau

His colors and hair is very Perez’s run

Cheshire taking on Speedy. it’s like it’s their fate.

They was a couple before crisis right?

I am not sure of the timing on that.

Comic history is a very large field, no worries. I just began my comic journey, all I know is what’s has made it to tv or movies.
I’m be gaining my comics journey with, the teen titans and the dc big 3. + the flash.