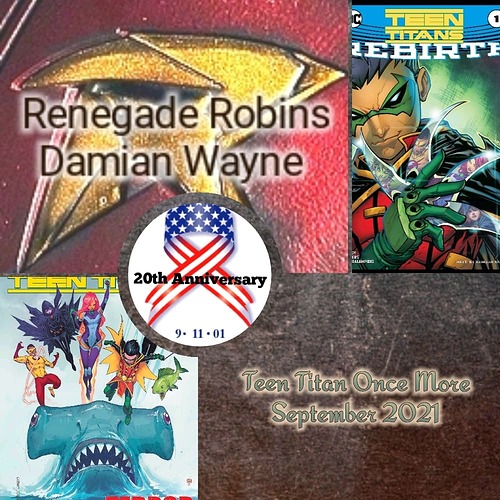 Hello again members of @RenegadeRobinsClub and welcome to our September Damian Wayne session. This month we will start covering Damian’s Rebirth adventures and the first selections I have for you is the Rebirth Teen Titans series, which features Damian once more becoming a member of the team in a most…unusual way. Yeah we’ll just leave it at that. 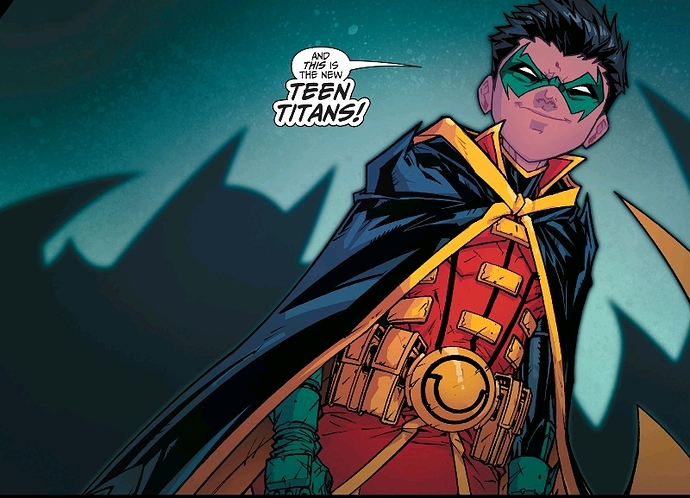 Can Damian handle being leader of the Teen Titans or will the team fall apart due to mistrust? Let’s get to reading so we can find out.

And that’s all folks. Next month we explore how Damian might react to the son of another of DC great heroes: Superman. That’s right! It’s time for the Super Sons to take the hero world by storm. But can Damian learn to work with Jon and can Jon learn to put up with Damian’s attitude. Come back here next.month and find out!

Yes! We’re getting into my favorite stuff post-Morrison.