Get to know Crush from ‘Crush & Lobo’ ahead of the new miniseries!

BM_Cv109_PRIDE_var_6094619fbe46c8.23348924780×1200 464 KB
DC Pride #1 ’s creators have come together to feature LGBTQIA+ characters from all corners of DC’s ever-expanding Universe, from Aqualad to Batwoman to Catman to Dreamer to Extraño and beyond! Check out all the incredible content that DC Pride #1 has to offer, and scroll down for previews of each story, the debut of Batman #109 ’s Pride variant cover, a first look into Crush & Lobo #1 , and more! 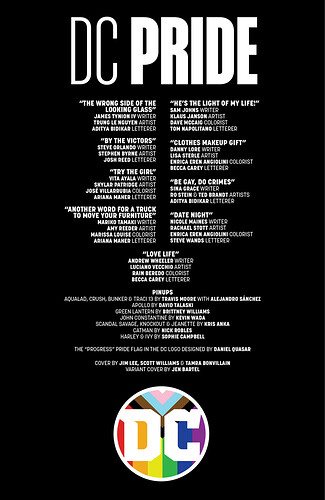 “The Wrong Side of the Looking Glass” by James Tynion IV, Trung Le Nguyen and Aditya Bidikar (Batwoman): 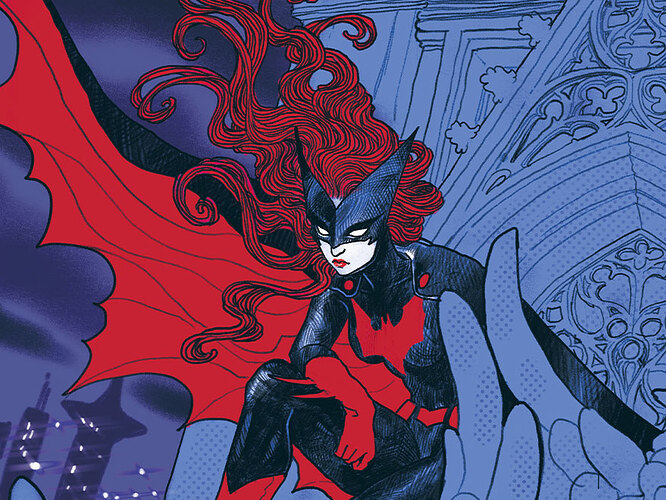 “By the Victors” by Steve Orlando, Stephen Byrne and Josh Reed (Extraño and Midnighter) : 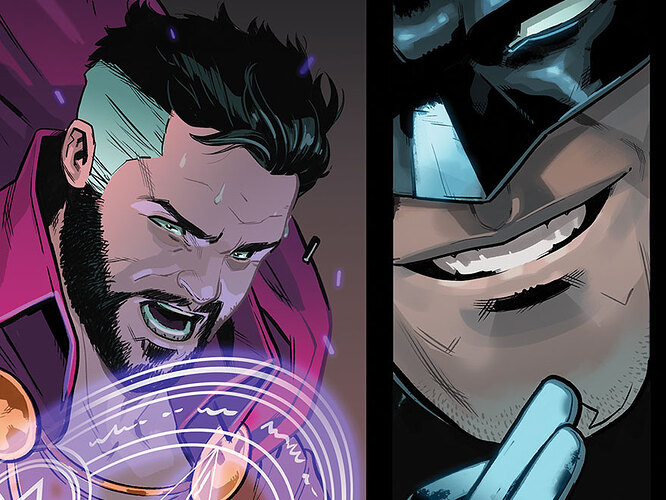 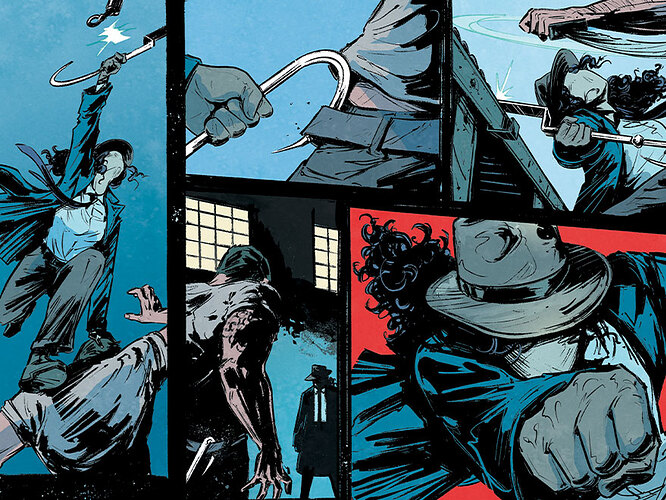 “Another Word for a Truck to Move Your Furniture” by Mariko Tamaki, Amy Reeder, Marissa Louise and Ariana Maher (Poison Ivy & Harley Quinn): 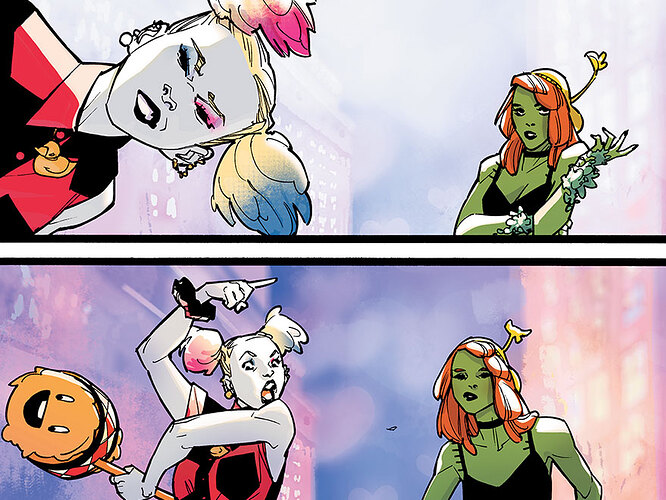 “He’s the Light of My Life” by Sam Johns, Klaus Janson, Dave McCaig and Tom Napolitano (Alan Scott and Obsidian): 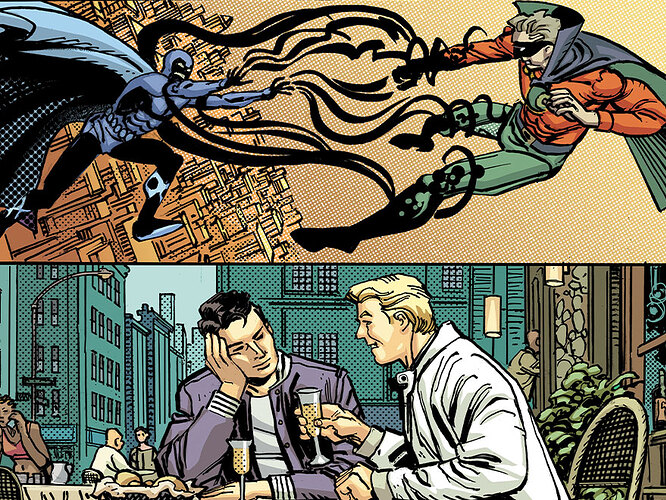 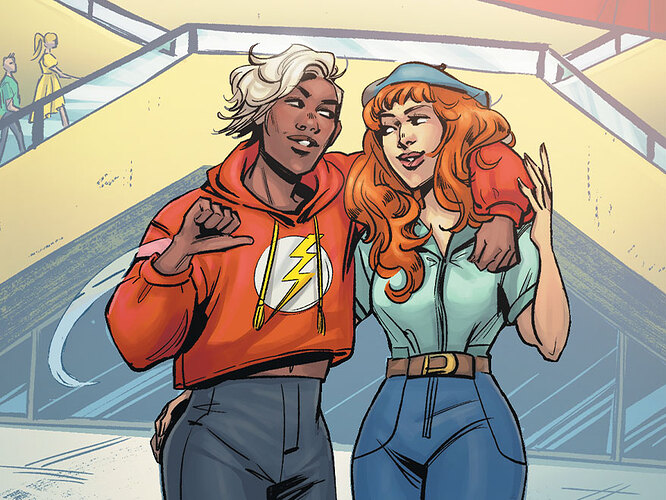 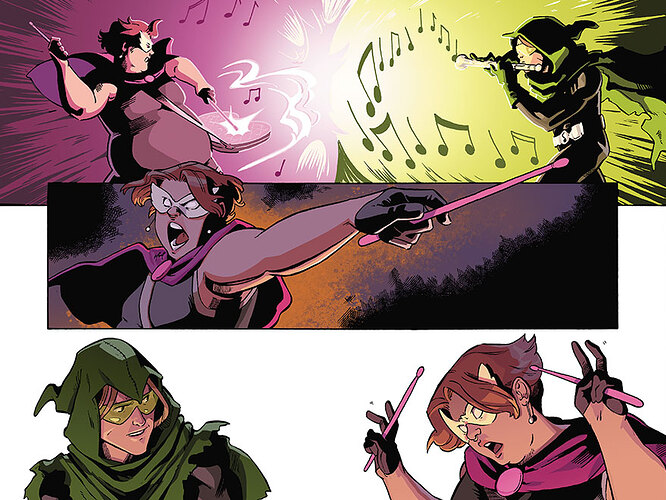 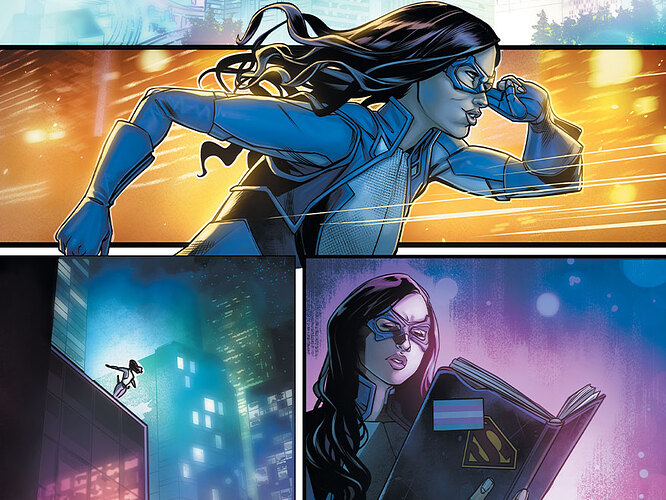 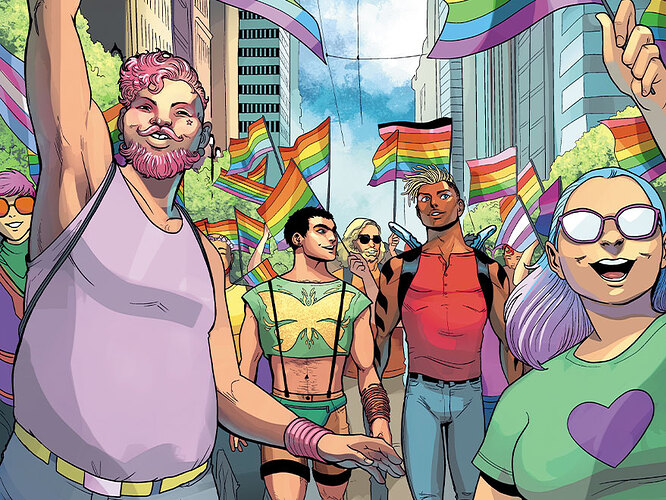 DC Pride #1 will also include full-page profiles of DCTV’s LGBTQIA+ characters paired with Q&A’s from the actors who play them. Javicia Leslie (Batwoman aka Ryan Wilder), Matt Ryan (John Constantine), Nicole Maines (Dreamer aka Nia Nal), Matt Bomer (Negative Man aka Larry Trainor), and Nafessa Williams (Thunder aka Anissa Pierce) all reflect on the characters they portray and talk about the impact their roles have made on themselves personally, and on fans who might have never seen LGBTQIA+ characters in live-action superhero roles before. 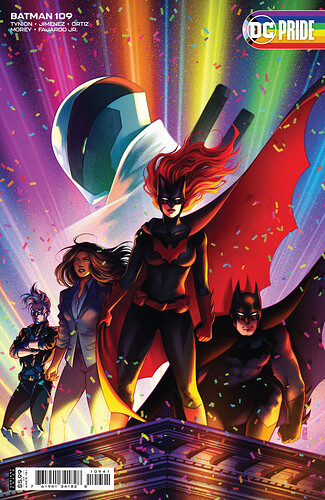 Crush & Lobo, a new eight-issue miniseries written by Mariko Tamaki with art by Amancay Nahuelpan publishing on June 1, spinning out of the pages of Teen Titans Academy , will debut with a cover by Kris Anka, a Pride variant cover by Yoshi Yoshitani, a 1:25 ratio variant by Christian Ward, plus an exclusive Dan Hipp team variant for participating retailers. In this new eight-issue miniseries publishing between June 2021 and January 2022, Crush, daughter of the Czarnian bounty hunter Lobo, is in full-on self-destruct mode! Click through to see more from this new series, including unrevealed covers by Khary Randolph, Sweeney Boo, and more!! 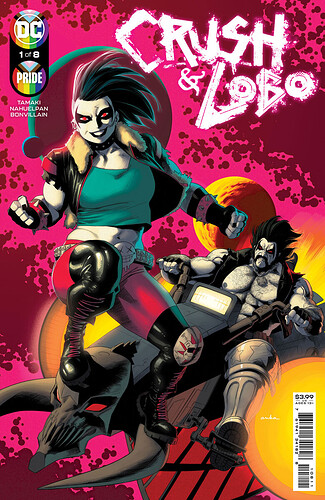 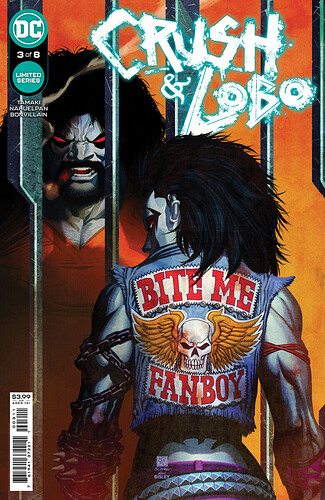 Featured on DC Pride #1 and on Crush & Lobo #1 , and on all DC’s Pride variant covers publishing through the month of June, will be a DC logo featuring the “Progress” pride flag designed by Daniel Quasar. All are welcome in the DC Multiverse and are represented in the kaleidoscope of colors DC will proudly display! Stay tuned for more Pride announcements from DC between now and June!

And if this anthology isn’t enough, be sure to stay tuned to all the activities, events, and goodies happening with our Clubs and Community!

Is there one story that you’re especially excited to read? Are you jazzed about the creative team? Let us know in the comments below!

I’m so jazzed for the Harley/Ivy story but holy moly “Be Gay, Do Crimes,” might be the best title of a story ever.

. And the cover art looks amazing.

Featured on DC Pride #1 and on Crush & Lobo #1 , and on all DC’s Pride variant covers publishing through the month of June, will be a DC logo featuring the “Progress” pride flag designed by Daniel Quasar. All are welcome in the DC Multiverse and are represented in the kaleidoscope of colors DC will proudly display! I’m so jazzed for the Harley/Ivy story but holy moly “Be Gay, Do Crimes,” might be the best title of a story ever. 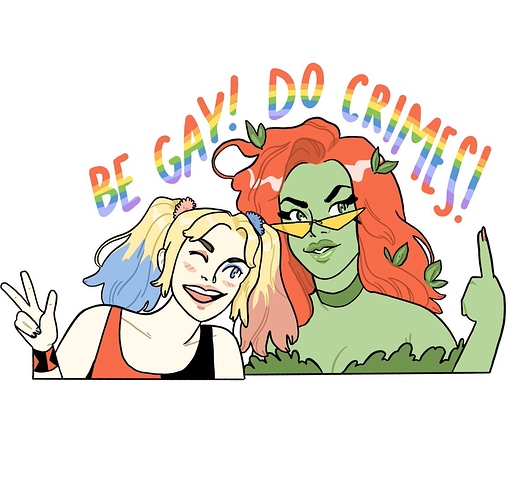 There needs to be a whole book series just called Be Gay, Do Crimes. I would buy multiple copies of the comics.

As an ardent Wildstorm nerd, my most anticipated story is the one with Midnighter.

Speaking of, Michael Avon Oeming’s Midnighter art in the current issues of Action Comics is great.

All of these look amazing! I’m happy for a Harley/Ivy comic but that Pied Piper one looks good too! All of them looks good! I’ll have to make sure I pick this comic up.

This has me so excited!!!

I’m so glad I preordered it!!! all these stories look amazing

I’m so insanely excited that Jess’ date comic is confirmed to be with Andy. I love them both so much.

Pre Ordered the Bartel variant cover for the big Pride book, and the pride covers of Nightwing, Superman (gotta support the local artist who drew the pride cover), Harley Quinn, and Wonder Girl- I’m largely a digital reader due to cost and limited space (I move countries in like three months)…but just had to have these.

I’ve got to say, as a non binary individual myself (and somebody who perhaps has a thing for DC redheads), I’m most hyped for the Jess Chambers story…probably followed closely by the Jackson Hyde (and JLQ) one and the harlivy one.

I’m still really looking forward to JLQ, but that picture… I was hoping they’d look like, y’know, superheroes. I just see Jackson Hyde hanging out with some kids.

They don’t know what U-hauls are?

“Be Gay, Do Crimes,” might be the best title of a story ever. 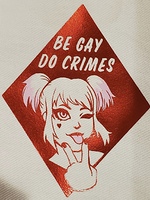 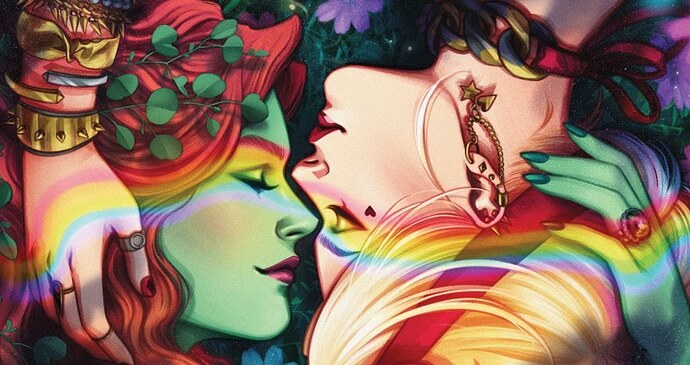 “By the Victors” by Steve Orlando, Stephen Byrne and Josh Reed (Extraño and Midnighter) :

Edit: that variant cover above bwoman got mad cape action 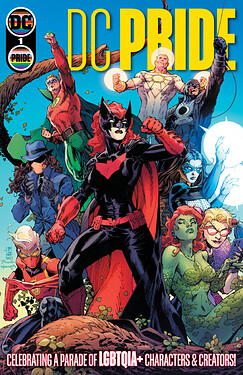 Well I had to spell it out for them

All of them look great and interesting but I’m most looking forward to the Renee Montoya (can never get enough of The Question) and the Alan Scott/Obsidian stories.

So glad this is being done and is being made into a proper event.