What about his JL/JLU iteration?

Like I said, I don’t believe I’ve ever watched an episode of that due to lack of interest. So I don’t even know what they did in that – some Marine thing or something?

Yeah, that doesn’t interest me.

And if Warner Bros. did a John Stewart movie, then great. Would I care a whole lot? Not really, unless it’s again, a total re-imagination of the concept. And would I see it in the theater either way? No, I’d treat it like The Batman and wait until it comes to HBO Max.

And I’m trying to think what in the world are they going to do in that Green Lantern HBO Max series that will interest me. I wish them luck whatever it is.

Nope, I’m a Superman guy when it comes to super-heroes.

And kind of funny on that… since the news broke on this Black Superman project, and Ta-Nehisi Coates writing it (which is the most important part for me, who the writer is… ), there is not a single thing that they can do, that I can think of, with a traditional Superman that would interest me at this point.

No, the traditional Superman is really forever lost to me now. Anything they do with him I really would not care about.

Now I have another choice. And I of course suspect that this one will turn out good.

And of course I don’t suspect that this one will be a Grant Morrison, half-a** Black Superman.

But I guess you gotta give thanks to Grant Morrison for sort of getting the ball rolling. For Calvin Ellis is 2009. And I suppose even earlier with Sunshine Superman in 1990. Both of which are half-a** characters, but I guess you have to start somewhere.

Well, Dwayne McDuffie got it right with Icon right out of the box in 1993, so…

Anyway, so a Black Superman, and Icon. That’s the list for me.

And Icon first and a Black Superman second. But Warner Bros. are obviously doing what they want to do first… which will probably also end up in an Icon movie not happening anytime in the near future due to the similarities.

But yep, keeping it simple. I like simplicity. Simplicity is good.

I’m sure Warner Bros. are not banking on China in any way, shape, or form when it comes to a Black Superman movie.

And I guess even the Black Panther didn’t do that horrible in China. It did over $100 million there… 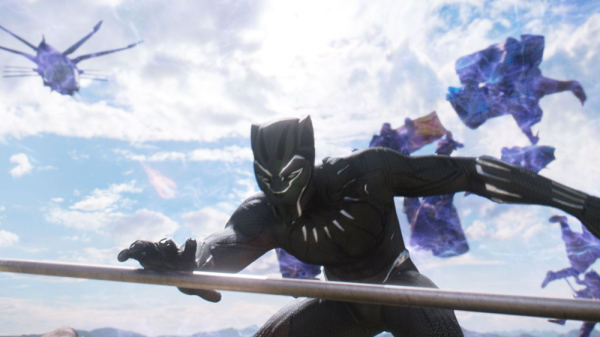 In today’s film news roundup, “Black Panther” hits another milestone, “7 Splinters in Time” gets a deal and Bob Saget’s “Benjamin” will open the Beve…

I believe $104 million was the final number.

Either way, the Black Panther did $700 million of it’s $1.3 billion in the U.S., so that’s the number that Warner Bros. I’m sure are hoping to maximize and hopefully duplicate, if not surpass. The domestic market is the play.

So tell an American story with an American character, or at least a character that was raised in America. Do that and count the money… and if all goes well it’ll be a lot of money to count.

It’ll be interesting if there’s any merchandise for this.

I wouldn’t suspect that there will be, but who knows…

There wasn’t any merchandise for the Joker and that made a billion dollars, so it’s not like it’s something that’s needed for a big box office.

And if the story doesn’t really lend itself to merchandise, then so be it. Just tell a good a story. That’s what should be what’s guiding everything.

And of course bringing in someone like Ta-Nehisi Coates indicates to me that the story is paramount, and everything else is secondary.

I mean, you don’t really bring someone like him in to sell toys.

If they had done it, I might habe picked up a novelization of “Joker”

I mean, you don’t really bring someone like him in to sell toys.

You’re probably right about that, but I guarantee you if the movie is successful there will at least be high end collectibles, statues & such… like there is for Joker. Granted they cost a fortune and aren’t really mass market items, but they exist.

Aaaand that doesn’t really add anything to this discussion. Sorry, the collector in me felt compelled to say that

I mean, you don’t really bring someone like him in to sell toys

I don’t really understand your question.

Ta-Nehisi Coates is who I’m talking about. Someone like him. To me he doesn’t seem to be the kind of writer that you would pick to write the type of movie that you would then turn around and make a lot of toys from…

Of course, that could be exactly what he does and precisely what Warner Bros. wants, I would just be surprised if that’s the case though.

Of course, I don’t see DC hyping up STATIC all that much, because issue #1 will be out Tuesday and most people may not even realize that. Good job, DC marketing team. And by “good job” I of course mean not a good job.

With Static I would suspect Warner Bros. would actually want to try and build something major with him.

And with a Black Superman I suspect that this would just a be a Joker-like character study and a one-off movie. Although, I suppose the Joker is getting another movie now, but either way…

Anyway, I don’t suspect Warner Bros. wants to build any kind of franchise or anything with a Black Superman, because I don’t suspect that they want to replace the traditional Superman with him, or have them really even coexist side by side. So no need for merchandise.

Yeah, if NFT is still a thing a few years from from now, and if something from this movie is offered from Warner Bros., and of course if I like it, then I would seriously consider it…

Speaking of toys, and totally unrelated and out of left field…

And it was announced yesterday that it’s coming to Netflix.

One thing with Anime: when it’s set in Japan with Japanese characters, then I only watch the subtitled version. Because it feels weird to me otherwise… to watch Japan characters, set in Japan, and they’re speaking English.

And with something like Gundam, which isn’t set in Japan, and rarely has any Japanese characters, then I only watch the dubbed version. Because that too feels weird to me otherwise. And Gundam of course has always been dubbed in English… since the mid 90s, at least.

Anyway, Netflix Anime had a trailer up with the date of July 1st, but I see that they pulled it. I suppose that they didn’t want that out yet and someone had put it up anyway. 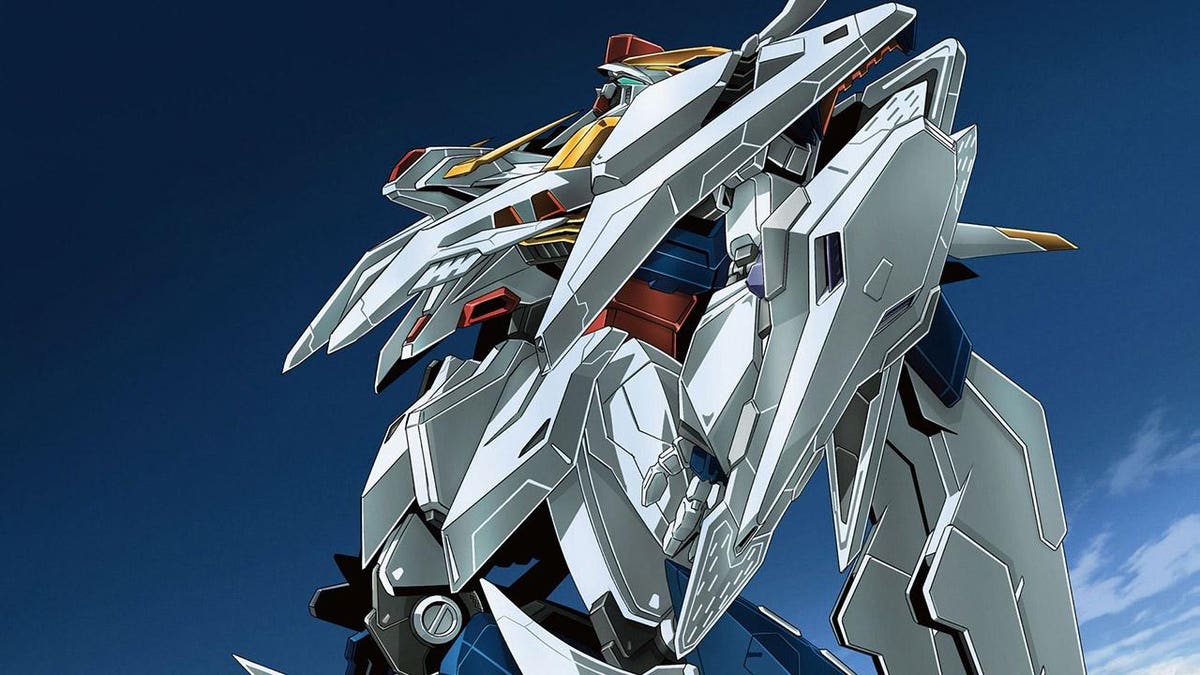 ‘Gundam Hathaway’ Is Coming To Netflix This July

With 'Gundam Hathaway' finally released in Japanese theaters today, we now have news that Netflix will be streaming the anime movie at the start of July.

With Gundam Hathaway finally released in Japanese theaters today, we now have news that Netflix will be streaming the anime movie at the start of July.

I managed to see the movie back in April and I thought it was excellent. It’s definitely helpful if you are familiar with Gundam before seeing this movie though, especially the anime movie Gundam: Char’s Counterattack. Mainly because Gundam Hathaway is a direct sequel to Char’s Counterattack.

Based upon novels written back in the late 80s and early 90s by Yoshiyuki Tomino, it follows the path of an older Hathaway Noa, the son of esteemed Federation captain Bright Noa, battling injustice and corruption. 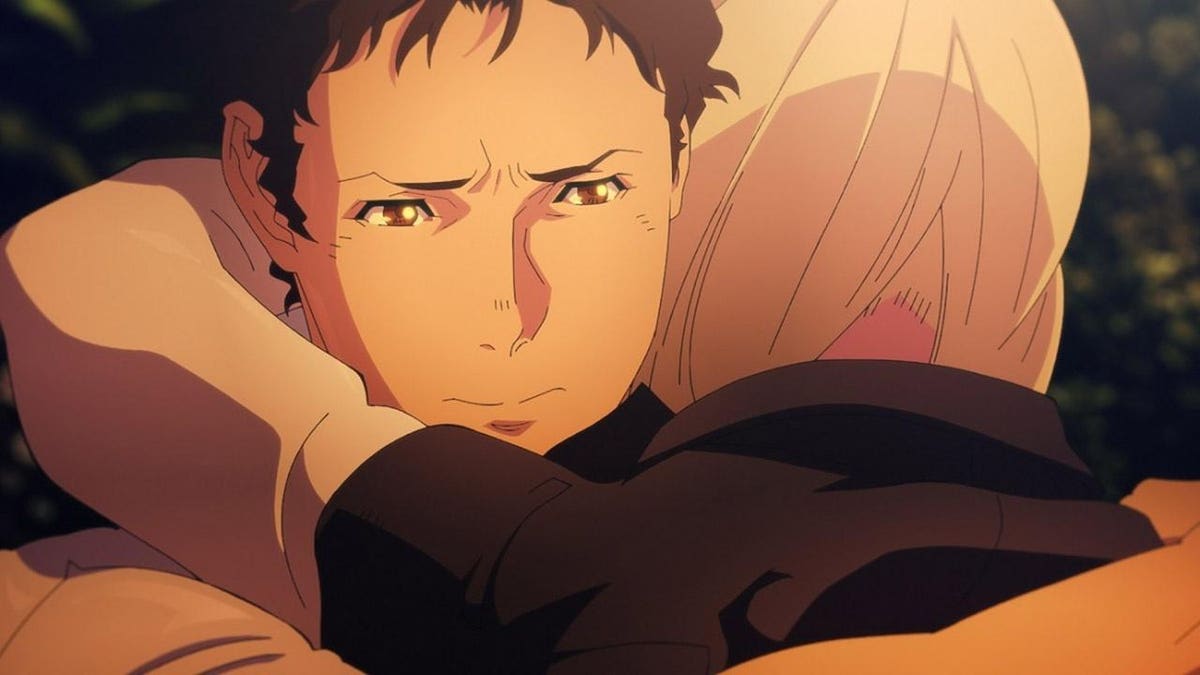 Following the release of 'Char’s Counterattack' in 1988, Yoshiyuki Tomino followed that up with a series of three novels about Bright Noa’s son, Hathaway. So to think that we now have a movie adaptation of the first novel nearly three decades later...

Following the release of Char’s Counterattack in 1988, Yoshiyuki Tomino followed that up with a series of three novels about Bright Noa’s son, Hathaway. So to think that we now have a movie adaptation of the first novel nearly three decades later is rather astonishing.

I went to see the first film in this trilogy on April 7 at its premiere, and I really didn’t know what to expect. The movie had already been delayed quite a bit and that rarely works out well for anime. However, in this instance the movie has turned out brilliantly.

Gundam Hathaway starts in U.C. 105, 12 years after the events of Char’s Counterattack. A new terrorist organization called Mafty has been killing off supposedly corrupt Federation officials. The reasoning behind this is that the elite are buying up property and resources without any kind of oversight.

The Federation has also become bloated, complacent and belligerent. Sending poorer people off to the colonies, leaving the rich to enjoy Earth. Naturally, this increasing inequality and corruption has produced a rather disaffected populace.

This is where Mafty has come in and has been slowly gaining traction, with increased terrorist incidents intended to rebalance the situation.

However, these terrorist incidents are more akin to straight up assassinations of high-profile Federation ministers and it’s here we get to how the movie begins.

I was just going to import the Blu-ray from Amazon Japan, but now I’ll do both: import and watch it on Netflix.

And a cool video released today by the Japanese group who did the theme song for the movie.

And an American YouTuber’s review of the movie after seeing it in Japan today.

Yeah, it was supposed to come out last year on July 23rd. It’s been delayed three times since then due to COVID-19, and finally on June 1st it was announced that it was coming out on June 11th.

And it’s going to be three movies, presumably one a year (but perhaps every two years), so that’ll hold me over until this Superman reboot comes out.

And obviously Mobile Suit Gundam Hathaway is going to be the greatest Gundam series ever.

And I see they put up a timeline PDF…

Because they know that you kind of have to pay attention or you may get lost.

For toys, the only Gundam model kit that I have is a are the High Grade versions of the XI Gundam and Penelope Gundam.

The Mobile Suit Gundam Hathaway perfect grades would be about 18 inches tall, so that’ll be interesting.

But yep, the new Gundam will get me through the wait for the new Superman.

Update: and after seeing it, yes Mobile Suit Gundam Hathaway is the greatest Gundam ever. Even after just the first movie.