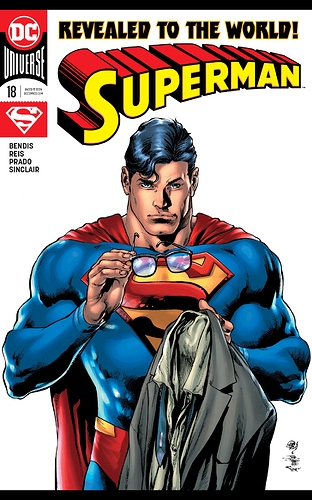 Screenshot_20201215-215727_DC Universe1200×1920 1.14 MB
A year ago Superman revealed his secret identity to the world, which I thought it was a dumb idea, he should watch Iron man films and learn from it.
Since I don’t read the current issue comics, my question to you guys is how is Superman doing now? Does he regret telling? What was your reaction last year to the story?

Seems to be doing ok, whatever that means when you face the kind of threats that he faces

. Lots of spoilers ahead. I didn’t get the sense that he regretted the decision, as much as he questioned why he did it. After discovering Jor El’s secret cabal and the truths they hid from the universe, that kind of motivated him to tell his own truth to the world. There were repercussions. Uneasiness with coworkers at the Daily Planet, other journalists calling him out on the fairness of how he obtained his stories. The government bearing down on him, especially with the whole United Planets representative thing. Even the Daily Planet getting attacked recently, but we discover that it (and some other buildings) had always been under protection by the same technology that protects the Hall of Justice, due to its long time association with Superman. Add to that the Invisible Mafia, Leviathan, losing years with Jon, then Jon leaving for the Legion… and we can see that Clark’s been under a lot stress. Stress leads him to question his decision which leads to a great issue with Dr. Fate, checking up on him for any magical influences. It turns into a therapy session in which Clark lays all his concerns and woes out on the table.

What was my reaction? Nothing but positive. It’s no secret that I’m a big fan of Bendis’ Superman run (no hard feelings towards those that don’t like it). I like the way he came out to the world; I thought it was inspirational. The issue I mentioned with Dr. Fate (Superman #23) shows his frustration not only with current circumstances, but a certain ambivalence about some of his own decisions, including the one in question here. We talk about his humanity a lot… and I just felt like that was one very human moment. “Hey, I don’t have it all figured out, but I’m doing my very best”, kinda cool to know it applies to most of us, even Supes

Thanks for this. I haven’t been reading the Superman books lately, and this served as a perfect recap for me.

With Superman’s identity revealed to the world, no amount of “Hall of Justice building protection” can protect Jimmy Olsen or his mom when they ride a bus or take the subway in Metropolis The same fact holds true when Jonathan and Martha leave the farm and drive into town. Hey, if I am a super villain and want to strike back at Superman why not just nuke all of Smallville? This decision doesn’t look any better a year later.

Hey, if I am a super villain and want to strike back at Superman why not just nuke all of Smallville?

Because he’s Superman. Messing the guy has repercussions. While I understand where you’re coming from, it’s not that clear cut for me. In real life, most “important” people that have enemies, well… their identities are public, but they are protected, and so are their families. Presidents come to mind, even police officers. I just take that and scale it to fictional superhero level. It’s Superman and the Justice League… they will protect their own. Jimmy Olsen, of all people has been running around being chased by super villains for ages, way before Superman revealed himself.

In any case, I don’t disagree with your point… I think it is a valid argument that fans have been making since the reveal, and I wish Bendis would have leaned into it even more to show further ramifications of the decision. I just try to look at it from a different angle is all. If they retcon it tomorrow, it wouldn’t bother me. It’s comics afterall

You’re very welcome. Wasn’t that thorough though… I’d need a few more paragraphs to give you a proper summary

For my sake, it was perfect

I liked the story then, still do now.

Because he’s Superman. Messing the guy has repercussions.

100% this. If anything, his close friends, family and loved ones would be safer. No villain wants to see this- 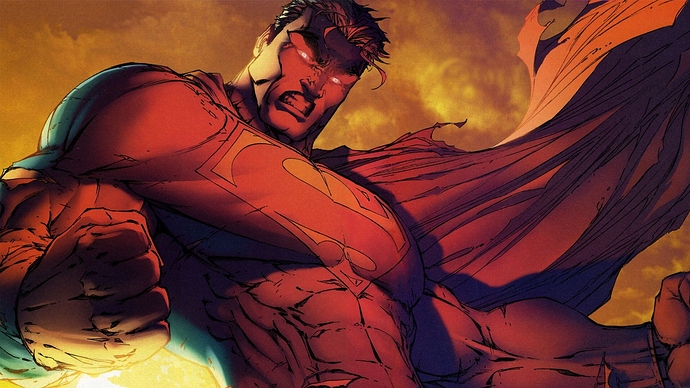 The ones who might- Doomsday, Darkseid, Mongul- regularly threaten everyone on the entire planet. Singling out a few close loved ones wouldn’t be worth their time.