Superman: Year One #1 was my most anticipated new release this week and it lived up to my expectations.

I thought Miller did a good job all around. He set up the Kents well, Clark’s friends were sympathetic and the bullies absolutely got their overdue comeuppance.

My favorite parts were two-fold, with the first being Clark and Lana’s relationship. From friends to more, their love for one another was sweet and sincere.

My second favorite part was Miller’s characterization of small town life. His descriptions of each and every little thing really pulled me into the environs and made the story that much interesting.

The art was great. JRJR isn’t a favorite of mine, but I’ve enjoyed his work for years, especially that of the DC flavor.

There wasn’t any artwork in this issue that took my breath away, but it ably accompanied Miller’s capable writing to a successful degree.

So, Super-fans…what did you think of this book?

SN: There don’t appear to be tags for Frank Miller or John Romita Jr available at this time. Given Miller’s impact with DC, that’s quite surprising. 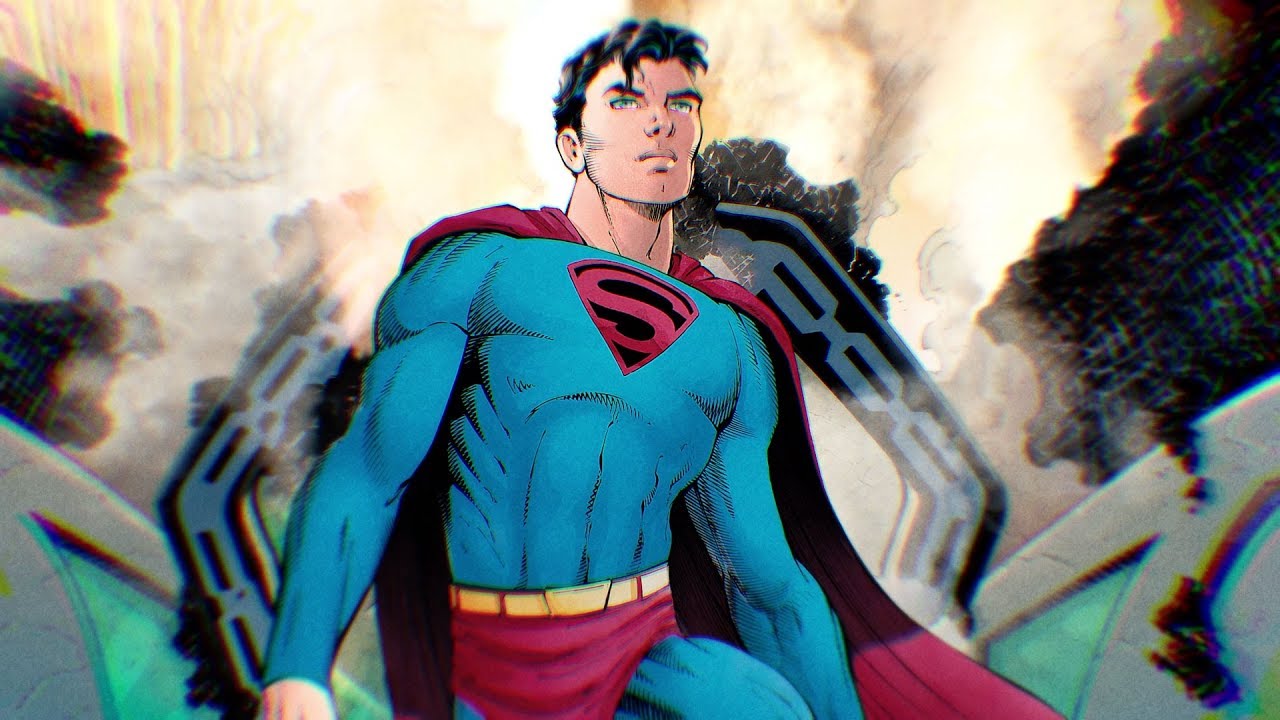 little kid running to catch up with the older guys

wait for me Y’all I don’t get it till tmrw!

slows down the Supermobile as he moves up alongside Aquamon

To quote Batman: “Need a ride?”

Okay, my favorite character done by two legendary creators. Hmmmm. The format I loved. Yes, it cost more but at least it feels and looks like little else out there. I want to see where this goes so it almost feels like I’m holding some judgment back. But a couple of thoughts.
Lana- loved the depiction of her. She no one’s dummy and feels more a partner of Clark than an damsel in distress in the waiting. He does save her once, but he had also defended his friends. In this case. Lana was the one with the smarts and guts to come up with a solution to the bullying problem.
Krypton- don’t think most of this added anything and had been done before
Martha-the Bible reading Kansas farmer thinks the US Navy is going to turn her boy into a killing machine (if I remember the line correctly) this struck a wrong cord with me.
TBC…

Clark joining the Navy was an interesting way to get him away from home and out and about in the world. I’m curious how that will play out.

I think some people tend to forget that Clark had a sojourn around the world much like Bruce Wayne, only for very different reasons.

Their journeys were ultimately about the same thing though: finding and strengthening themselves into who they would become to the world and beyond.

I wasn’t a massive fan. I thought the art was stellar (as usual with JRJR), but the writing was weird and inorganic (Clark wanting to “court” Lana), and the bullying subplot was so generic as to be utterly negligible. I was hoping that the book could either have been a nice return to form for Frank Miller, or something so outrageously terrible that it was at least entertaining (like ASBAR), but it ended up just being mediocre, and sometimes that’s the worst something can be.

The thing with this issue is that it definitely feels like it’s written by a native New Yorker who’s never been in Kansas a day in his life, and especially hasn’t heard any teenagers talk since about 1978.

Still a solid start, looking forward to seeing how he handles the Navy stuff.

Like you I really enjoyed the chemistry between Lana & Clark, Frank nailed that perfectly. I also really appreciated the addition of The Weirdos. It’s nice to see Clark’s hometwon friendships expand from just Pete & Lana. Finally the way Clark handled the bullies was priceless.

My only gripe was the way he wrote Martha Kent. In the past Ma has always been very loving and kind, but she’s also been extremely strong… The true rock of the Kent family. I found Miller’s version of her to be a weak snowflake. Maybe thats just me.

Overall a damn fine start to this series. I’m excited to see what else Miller has in store!

I dont think it should have been 7.99

Cont.
Weirdos was a right touch, Clark could be the king of Smallville High, and is for a moment but he emphasizes with the put down Outsiders
Agree with criticism of dialogue kids, Martha, young couples that refer to each other as Ma and Pa, ugh
Navy makes 100% sense to me, see the world, looking for a place and a meaning. No one has used the military for Clark’s journey before, but it still fits
Narrator like dialogue at time awkward and at others too much
So, I’m in for #2 like a lot but have some reservations

@msgtv Not too mention Martha being all cool and chilled out when Johnathan first brought Clark home. No shock, no question etc.

Is Year One set in 2019? I thought I’d read something about it being set in the 90’s or earlier. I read it as contemporary.

DCCC right, Martha is like lukewarm to the baby

@Vroom I just scanned through three articles and couldn’t find anything on the year its set in.

@Vroom and @DCComicsCrisis
While I don’t know when it’s “officially” set, Miller has said that it takes place in a world with his Dark Knight universe books, which pretty clearly happen in an alternate version of the ‘80s. I would then estimate that Year One takes place in like the 1940s or ‘50s. Which makes NO SENSE given the book, but, hey. Frank said it, not me.

Without looking, I think he says that jet at the end is a F35 which is about 10 years old.

@mgstv
Yeah it makes no sense.

I mean, that’s always been the case – like, Dark Knight Returns has the President being obviously Ronald Regan (even though his name is never said), and then Dark Knight Strikes Again, set only a few years afterward, has a President that’s clearly modeled after George Bush (though that turns out to be a hologram by Lex Luthor who secretly rules the country).

I’m willing to just let it be under the rule of sliding timeline.

@Jay_Kay
Yeah, I mean, it’s superhero comics. Things like this are just part of suspension of disbelief. (DKSA is still bad though.)