Scrap everything you know from the shows.

Take the most powerful version of Superman in the comics or shows. Take the most powerful version of Supergirl in the comics or shows and tell me who would win using actual explanations and canonical sources. Excuses like she’s a girl and he’s a man are not valid, but anything that is objective can be used. Excuses like oh she won on Supergirl is not valid because the source material is obviously biased considering it’s her show… things that showcase objectively her strengths compared to his are completely acceptable arguments.

You can even mix sources if you want. But who do you think would actually win in a fight with both heroes going full force with the most powerful versions of themselves. 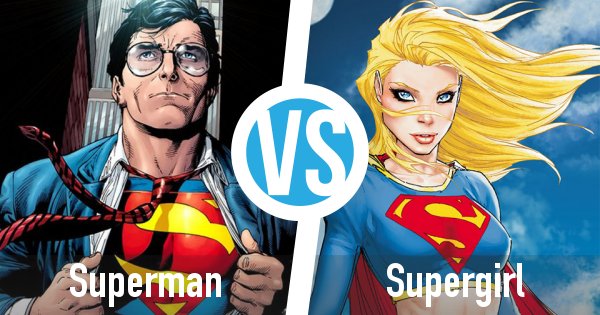 Silver age Superman. The only powers he didnt have were the powers he hadn’t tried yet. He could literally move entire solar systems.

I think the answer is a little bit complicated. These two have both fought in numerous editions. Sometimes he’s won. Sometimes she’s won. I think what comes down to it is the experience level. While objectively it is seen that Supergirl developed her powers more since she was in the solar pod for much longer, Superman has a lot more power than he shows. He holds back a lot as shown by Justice League Unlimited Destroy and other comic works. When putting his full strength and having the most experience together I do think that Superman would ultimately come up on top. UNLESS Supergirl was bold enough to use Gold Kryptonite on him for while Green Kryptonite would weaken him for a bit, it would also weaken her whereas Gold Kryptonite would remove his powers permanently and would leave him completely vulnerable.

Since they are both Kryptonians they would always have the same powerset no matter if we are looking at silver-age or new-52 or tv-show etc. There are temporary exceptions such as Red Lantern Kara etc, but taking temporary powers that don’t belong to them inherently doesn’t say much about the characters.

So my answer will be boring. Same powerset - its a tossup. It will depend on what the story calls for.

That was beautiful, true poetry. I loved that answer!!

@gibbyhertz I also concur with your conclusion…she has to win cuz she’s hot. Not PG hot, but hot nonetheless. Nobody in the DCU is as hot as PG…and best costume EVER!