Superman Shelved for Supergirl: HAS EVERBODY LOST THEIR MINDS!!!?

Ok so I cannot possibly be the only person who thinks the rest of the world is going crazy, especially if these new rumors are to be believed.

Why the hell is Superman being put on indefinite hold so they can give Supergirl her own damn movie? She doesn’t even need a movie! She has her own show or has anyone else forgotten that? What would possess them to not only push aside Superman in favor of a side character made in emulation of him, but also call it a priority? Where has all this disrespect for the Man of Steel come from?

And to top it all off, they want to give to her to big villain Brainiac as her movie’s villain. No seriously, Superman’s #2 villain, and they want him to be the villain in a Supergirl movie and not a Superman sequel.

I seriously feel like I am taking crazy pills sometimes, cause I find it so hard to fathom that DC and WB cannot see how a NON-Zack Snyder directed Superman movie can become a grand hit! It is not that hard to do, the character isn’t that hard to like, nor a script hard to pen. He’s F@#$%^& Superman for christ’s sake!! He is the progenitor to all of DC, the first of the capes and the tights, the beginning and the end for so many!

SO WHY IS BIG BLUE BEING SO DISRESPECTED!!?

I hope someone from DC or WB gets to read this, cause I want them to ask the same question that I am.

WHAT IS THE DEAL WITH ALL THIS SUPERMAN HATE IN HOLLYWOOD!!!

HAS EVERYBODY LOST THEIR MINDS!!!?

…ok, now I’m done. Feel free to comment down below.

There’s already a great Superman movie — more than one, depending who you ask. I’m interested to see a quality cinematic take on Supergirl.

I don’t see why they can’t do both.

Unfortunately it’s just the world we live in today. However I just say I do enjoy seeing Kara get her due. She’s always been a fantastic character. I can’t stand the tv show so hopefully the movie will be to my liking. Anyway Big Blues my fav character and like you I’m craving for a new, exceptional Superman flick. We just have to be patient a little longer cause I firmly believe it will happen.

We’ve already got a masterpiece of a Superman movie in MoS. Supergirl needs to be established in the current DC film universe along with many other characters.

WB/Zack ruined DC some good gems here and there. I will take what we can get.

I’ve gotta be honest, I support it. I’m ready for DC to move on to other characters. Supes and Bats have had their turn, let’s give some others a chance

I’d prefer if they got away from the Superman/Batman family altogether, but I’ll take a Supergirl movie any day…

It’s called “The Business.” Right now Superman has a stigma around him after the bombs that were BvS and Justice League. The need to give the movie-going masses time to forget about that version on Superman. They do not make movies for the 200k-300k people who actually buy comic books. They make them for the millions-upon-millions of people who spend money to go to the movies. And those people need time to forget the Snyder-verse. And that means no Batman movie for a couple more years and no Superman for I’m guessing at least a good 5-10 years.

Besides there are soooooooo many great DC characters that deserve film time. Let’s get some fresh characters on the big screen.

It’s only a rumor, I’ll believe it when DC confirms it.

Should it be true, it’s not insane imo. It’s an attempt to change the insane history.

Supergirl was indeed inspired by Superman, but having more than one character of the same race and with the same accompaning traits is hardly unique and something that permanently disqualifies any other characters from being further developed. Having more than one character of the same race is the most normal thing in the world. It’s just normal world development. But to move it to a closer comparison: Take the force wielders of George Lucas world. They are an extinct kind of amazing powers when we we first meet them in a New Hope. Leia is the first one to ever appear on screen. Does that make Luke an undeserving copycat character? No, he makes the world richer, they both make the world richer together, because they both have unique lives and experiences that add to the shared story. And even if we do say that it matters who appeared first, that would only be sanely applicable to people who actually ever lived in a world where they knew Superman as the only Kryptonian in existence, but to be honest Supergirl has been around since the 50s, extremely few people who go to see DC movies have ever known a world in which she didn’t exist, and fewer still started out by reading Action Comics #1 where Superman was the only Kryptonian. And it’s not even the same Superman. The current Superman is also a character inspired by Golden Age Superman, he is a Superman of a different earth, a copycat Kryptonian if you will, telling new tales for new generations. And they even have the audacity to add more than one Kryptonian in his first appearance film Man of Steel who are also there to enrich the universe.

If we play with the idea, that Kara and Kal are both valid as characters, both surviving members of a dead race. How many movies has been about the female Kryptonian and how many have been made about the male Kryptonian? How many series? How many animated appearances? How many comics? Superman has been around since the 40s and Supergirl since the 50s. Superman probably has 10 times the content made about him. That is the true madness. How we managed to normalize a world without female heroes to the degree that the appearance of one on the bif screen is considered being disrespectful to the male hero.

This isn’t madness in my opinion, should it happen. It’s the few first trembling steps aeay from madness that we are experiencing.

I’ll believe it when Warner Brothers Pictures confirms it. Until then, the sky is still firmly in place.

Superman is wonderful and absolutely needs to headline another movie ASAP. That said, I’m also in absolute agreement that other characters deserve a turn in the cinematic spotlight. Wonder Woman and Aquaman’s solo adventures have only just begun, so let’s see more of them while we anticipating what should be a pretty great Shazam movie.

Variety is the spice of life.

It is what it is, Superman has been around so long and exposed in mainstream medium so often, every single person in the world has a strong personal opinion on him. Unfortunately, that perception is cemented in either the 50’s tv show or the 70s film. So much that any attempt at taking him seriously as a character is met with backlash. People have devoted literally almost 6 years trashing an extremely talented filmmaker as if he were Marc Steven Johnson, for NOT making a cheesy, predictable, but ‘fun’ film.
On top of that, WB has no reason to expect billion dollar box office results from Supes due to the previous 3 films. MoS under performed in their eyes, but it made more than any other Superman movie, the first two ironman and thor films, ect. Just, so so many superhero films. I mean, Batman Begins didnt even crack $400 mil, yet they didnt cram Superman into Nolan’s film with a misunderstanding of the Superhero genre. They really should have just taken their time and stood behind their director, the billion dollar mark has to be built up to.
I’m not against a Supergirl movie though.

Because WarnerBrothers is the most incompetent studio in the HollyWood. No one in their right damn minds wants a Supergirl movie. Let alone putting Superman on the side for a damn Supergirl film. Wb should realize we want the real deal. Not a damn female clone/copycat of the character. Supergirl is the most boring and useless character in DC. When Cavill leaves and Wb announces they’re moving forward with that film, the internet response will not be pleasant.

If Supergirl does in fact goes to to toe with Braniac as it’s been rumored, I’ll be mad. If I get robbed of Cavill’s Superman vs Braniac, I’ll be done with the Dceu.

Old news resurfaces again. This was rumored when WB “announced” Cavill is out as Superman. 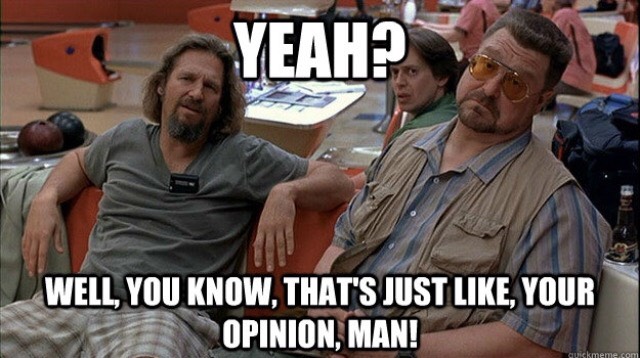 And it’s a total waste of that perfect cast - Henry Cavill, Amy Adams, etc - to just shove them aside and wait for them to move on, get too old for the roles, and drop out of DC movies, while you just let Superman rot as a character, with no apparent plans for any new Superman movies.

The truth is… companies want to make female led movies. That’s pretty much it. I love Supergirl but I think it’s pretty ridiculous if we get a movie with her and Superman does not play a major role. Ideally, I would have liked a sequel to MoS and introduce her to Clark there THEN make a movie. But yeah, I would still support one of my favorite heroes having her own movie after so long even if I would rather it be my favorite hero, Supes.

Sorry there’s been what 3 stand alone Supes movies and 2 team ups since the last SuperGirl movie. ( I think my maths right) I think we can give her a movie. Yeah I’d prefer she didn’t fight Braniac save that for a later Superman movie, it’s not like DC will never make another one. He’s only the biggest Superhero in the world.

I think it has something to do with the fact that Cavill has left leaving that role open. Rather than continue saturating the cinema with yet another superman movie they decided to do the same thing but different. Let someone else in the spot light other than Clark. The Justice League won’t get any bigger if they don’t expand the heroes further than just superman and Batman. Personally I think this would be been a better move while superman was dead. They rushed the death of a superman arc and lessened it’s impact.

I like there is a Supergirl movie, but agree shelving it for Superman does seem like a questionable decision. Although if Henry Cavill is leaving the DCEU that might be part of the decision. Mostly DC wants another Wonder Woman and given how Hollywood seems to think, they probably figure it is as simple as doing another female led superhero show, and Supergirl is arguably their second most popular and recognizable heroine. Although while yeah, girl power did sell tickets to Wonder Woman it was more then just having a female lead or else Aquaman wouldn’t have gotten even bigger numbers.