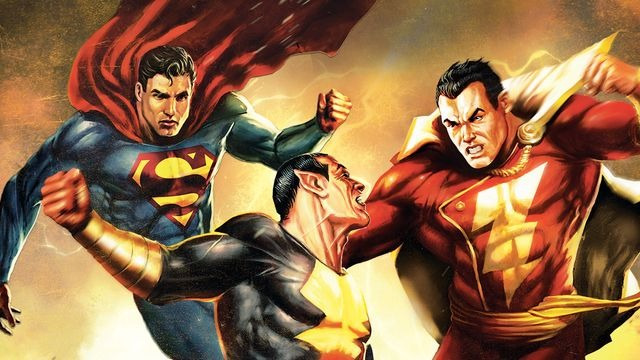 Before you head to the theater, do join our

uper, magically-infused watch-along of 2010’s Superman/Shazam!: The Return of Black Adam starring Superman, Shazam!, Black Adam and some special guest-stars in Showcases all their own.

The movie is available on physical and digital media, while also streaming on HBO Max. Our watch-along fun takes place in this thread, and begins at 6 PM Pacific/9 PM Eastern on October 20th.

Whether you’re Kryptonian, from Kahndaq or just a kid who has the ability to magically transform themselves into an adult, we look forward to seeing you and hope you’ll want to smell what we’re cooking, because this movie will rock!

Not much, but I am soldiering through so I can be here! Hope some others will trickle in.

Welp, that was the end of that date.

Any first-timers in the crowd, or have we all seen this?

I’ve seen it before

I have never seen it ever

Likewise. I bought the Blu-ray when it came out in 2010, and on the same day that Scott Pilgrim vs. The World dropped on Blu-ray as well.

Good for Billy on standing up to those pricks…even if they did momentarily have an advantage.

Awe, Clark being a decent human.

Not during some of the Krypton stories ,)

Yeah. Newburn is great. The Superman voice I hear when I read comics even though Reeve will always be my favorite