It’s free with ads, but Vudu’s ads are short and sweet. 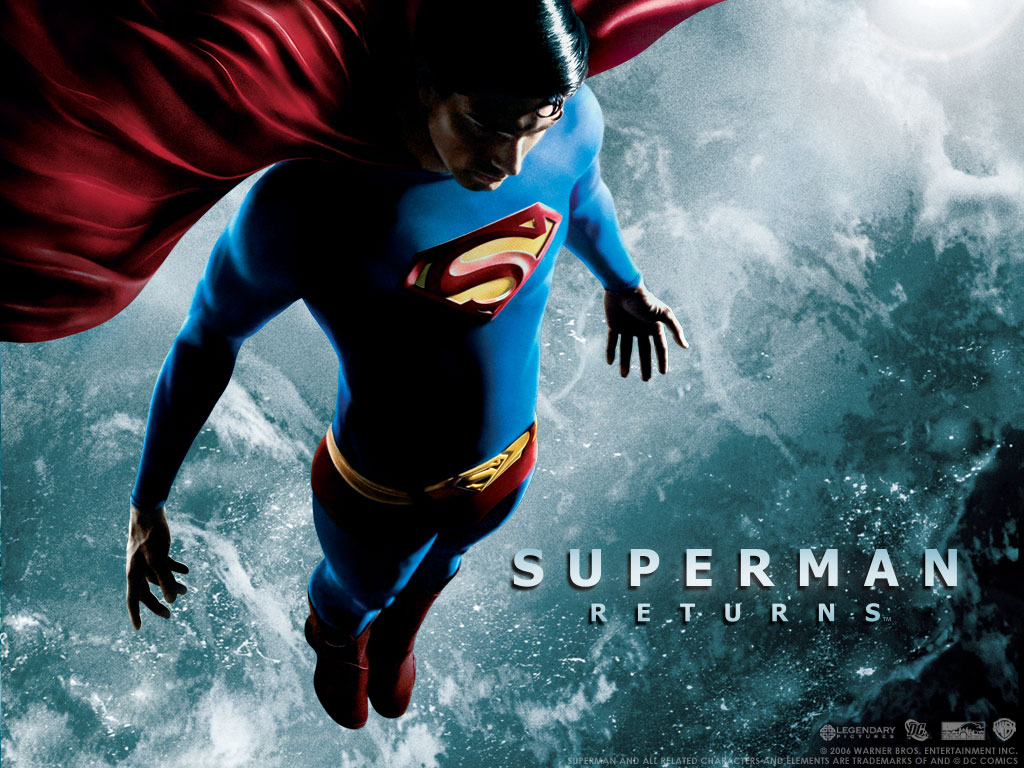 Good to Know I have been wanting to watch this again. I owned the DVD but lost it like everything else. This movie gets a lot of trash but it is a good story perhaps lacking in action and not the best story to pick for a big block buster movie but a good Sup’s story. I don’t see how any Sup’s fan could not appreciate what it was trying to do.

@Aquamon Agreed on the story aspect. For what was intended to be a new start for Superman movies, having Superman Returns be a continuation of Reeve’s best movies was a unique idea.

The editing is where SR really needed some help. 20-25 minutes could have been trimmed (or written better in the writing process in all honesty) and the movie would be been all the better for it.

In any event, it’s a fun movie. I love the sequence with Superman saving the airplane and space shuttle. That was brilliantly well executed.

My two main problems with the film are

Enjoyed Routh, who did a nice job. The Space shuttle scene is great. If they were going to do Lex (again) should have paired him with someone else.
Now, about the kid. It actually works pretty good in this movie, but do you really want that whole family dynamic as an ongoing story in future movies?

AlexanderKnox what are you talking about the movie is suppose to take place after Superman II!

My point was that the only thing gained by the Kent farm section was the de-canonization of the later sequels. Martha Kent doesn’t actually contribute anything to the story.

And as for Lois Lane’s age, it should at least be comparable to Margot Kidder’s age in 1986 (since SR’s timeline appears to bump Superman to 1998 and Superman II to 2001, both 20 years after their UK/US release dates). Kidder would have been 37 if Superman Returns had been released in Summer '86. If we’re going by that number, then we really can find an actress who’s the perfect age in the cast already: Parker Posey. Again, a better choice than Kate Bosworth.

Alexander, Superman returning to the farm and seeing his mother would be one if not the first things he would do after being away for so long. He loves his mother and it is an essential part of his character, it makes sense. As for the Lois Lane comment, no need to elaborate on your previous statement I was not questioning it and agree with you. Certainly not trying to argue with you I just disagree. Though I don’t always see eye to eye with your opinions, I value and appreciate your input in the Batman Book Club.

I’m watching it now for the first time ever. I like it so far.

Ok I finished it. Routh is an excellent Superman. I have lots of swirling, colorful emotions after this movie. It’s a happy ending but also kinda sad.

I liked the movie.

Favorite scenes: saving the shuttle, literally sweeping Lois off her feet, the sneeze, and the last heroic scene in space.

It was so good see Clark at the Daily Planet.

JLWWSM love Superman pushing the island upward, Kryptonite falling off it, knowing what it’s doing to him. Heroic moment.

One of my favorite scenes was Superman’s night flight with Lois.

In a way it retreads ground already established very well by Donner, but given that Superman was going to have to reconnect with Lois at some point, this scene was a good way to do it, given that the night flight in Superman: The Movie was how they really connected in the first place.

@msgtv I too really enjoyed Superman’s lifting of the Kryptonite island (continent?). The music and imagery united quite well.

I remember Bryan Singer saying that the island/continent’s disposal was going to be a plot point in his sequel to this movie (which was going to be called The Man of Steel and be more action oriented).

I’m also fond of Superman’s run-in with the robbers on the roof as well as his handling of Kitty’s car (purposely recreating the cover of Action Comics #1 in the process).

Besides the airplane number, Superman also shined when he rescued Richard, Lois and Jason. John Ottman’s music really shined in that sequence.

SN: Composer John Ottman was also an editor on the film.

And Richard, who easily could have been a throwaway character actually is actually meaningful, is good to Lois and acts heroically during the rescue.

It’s appropos that Lois did eventually end up with a man that could fly.

BTW, Jason looks to be wearing Aquaman pajamas at the end.

I saw this movie in theaters with my dad years ago. I remember thinking, this is well-shot…but it’s soooooo boring!

Kevin Spacey makes the film fun…at least he did until we know what we know about him now. But even he, to me, is not a great Lex Luthor.

I think Jason would’ve been tricky in future movies had they made them. Granted, we didn’t have Jon Kent back then, so the idea of Superman having a son and it actually sticking was something we’d have to adjust to before any major stories with him could be told.

Then again, maybe they could have taken elements from the just released Last Son story and retcon it so that Lois found a Kryptonian ship with a baby in it and adopted the kid, but really it was Zod’s son. That would’ve taken a lot of logic leaps for a movie, though.

@TOP That’s why SR’s final edit should have been much tighter. The movie could trim 30 minutes out and be all the better for it.

Even the director has said that he should have opened with the airplane scene. I’d be a tad more generous and say that he should have opened with Clark arriving at the Planet (as opposed to arriving on the planet). Singer dumped a whole lot of money into a Krypton opening scene that was cut and a recreation of the Kent farm that didn’t really contribute anything of significance to the story (since Martha Kent almost completely disappears once Clark arrives in Metropolis).

AK, Clark walking into the Daily Planet shocking everyone would have been a great open.