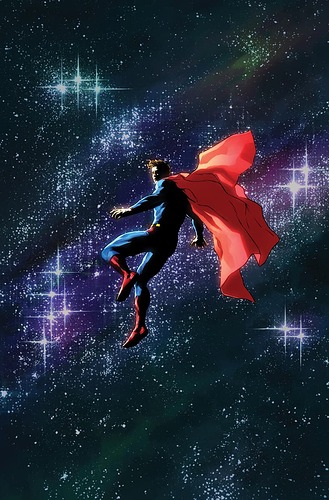 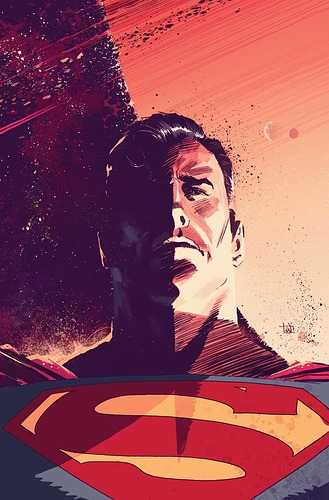 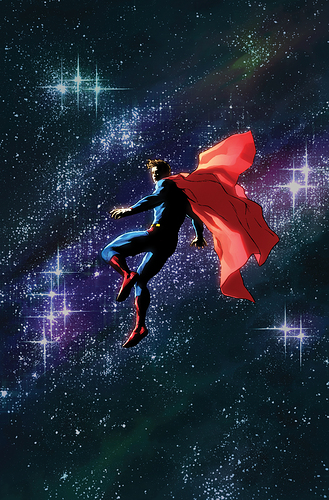 Priest on a Superman mini-series?

Yeah, between that creative team and that concept, I’m completely sold.

I MUST HAVE IT!

Only question is (yes, Vroom, I know what you’re gonna say): WHICH COVER? I adore Lee Weeks with my whole heart…but I adore Carlo Pagulayan too!

Just by the title I imagine it’s going to be something amazing.

Oh man, Priest was BORN to write Superman. So excited to read what he does!

I’m not a fan of the creative team, the story concept doesn’t wow me either, but it is Superman, so I’ll buy it and hope for the best.

I’m not necessarily agreeing with you on the creative team, but definitely on the concept. I’m also just frankly tired of the reveal that Bruce has something to do with it. It’s hard to judge on just a few preview pages and I know a certain click bait site said they were given the first three issues to read (but couldn’t spoil) and that they were very excited, and apparently most of it takes places elsewhere, in that 20 year time frame.

But it doesn’t really excite me. As for the team, I don’t read Deathstroke so I can’t comment intelligently on Pagulayan but searching for his work, what I can find of DC looks acceptable as well as some sketch work or commission he did on Clark and other DC characters. 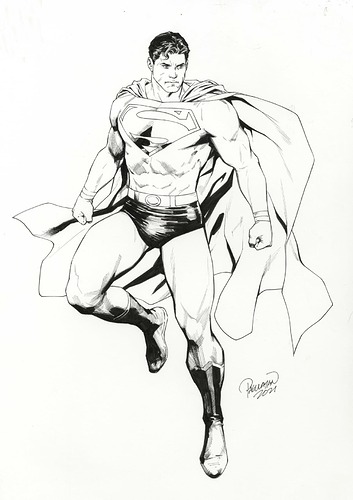 Superman Carlo Pagulayan1258×1781 108 KB
I remember skimming Priest’s Black Panther run at a friend’s house several years back, this is out of town so it’s not like I ever really borrowed them and was never that curious about the character, this was well before the Captain America - Civil War movie even so it’s been a while, but the collection dialogue I did skim wasn’t off putting or anything like that. But I can’t otherwise comment intelligently because I’ve not read any of the other things Priest has done looking at his list of credits on the DC Wikia or DC site.
2 Likes
millernumber1 December 10, 2022, 9:51pm #9

I first encountered Priest when I checked out his Deathstroke run because of Pagulayan’s art (I fell in love with Pagulayan’s art in Batman and Robin Eternal), and it took a bit, but I fell under the spell of his pitch black cynicism combined with a pure white idealism, a wicked sense of humor, and a love of wacked out narrative structure. I consistently have a good, challenging read when I pick up a Priest comic, and I’m super, super pumped he’s gonna tackle Superman! 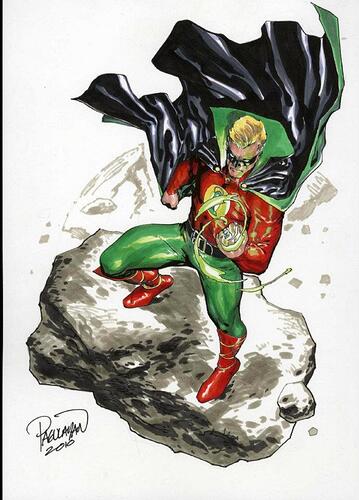 Conceptually, I think the series sounds interesting. Maybe while Superman is lost in space, he’ll meet the Robinsons?

Priest is hit and miss for me, so I’m hoping this series will be of the “hit” variety.

If the story isn’t there, its a guarantee the art will be worth the price of admission.

(yes, Vroom, I know what you’re gonna say): WHICH COVER?

Ha! You know me well.

I’ll probably get both covers for #1, but as for which I like best…Lee Weeks, easily.

I believe Weeks is only doing some of the variants (similarly to The Human Target book, where they didn’t contract with someone to do an arc, the way they sometimes do with say Mattina or Bermejo, as just two examples). I did get a chance to check out a fair amount of Pagulayan art, it looks like he does a good job on the various Marvel images I came across, as far as depicting action and he otherwise looks fine.

It’s really more that - as others have alluded, I have no actual experience with Priest (and I refuse to read certain titles, any of the various Deathstroke self-titled being one), but I have read the character, for example in Grayson, IIRC correctly, and the one arc (Rebirth Superman?) where Lois was interviewing him and he was supposed to test Superman for Waller under some financial deal, which all just reeked of plot contrivance, and possibly a few others, plus animated appearances). I’m just generally never a fan of books about villains or anti-heroes and I simply don’t support those.

But back to Priest, where he has come up, it’s never been consistently positive (or negative) as someone else here mentioned, so I’ll wait and see. My friend, who is a purely Marvel reader, did swear by his Black Panther but I am suspect of his taste for other reasons, but I’ll definitely at least give it a look and then decided to read the whole thing or not from that.

So basically what happened to his son happens to him.

I’ll definitely be following this one as well.

Priest can be very good once you get around his very unique choppy 2 page slices of time method of storytelling.

Sadly what the link you’ve posted here also reminds me is that DC Community still is not updating their links on these pages. We’re still looking at stuff from 6 months ago or more. 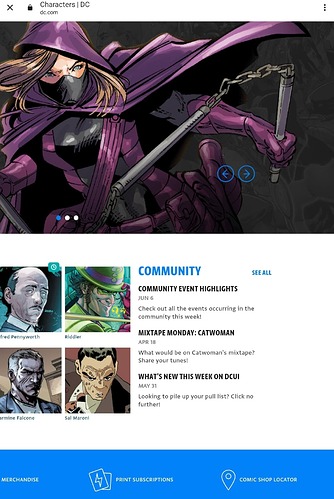 When I see this happen on other sites I assume the links go to an abandoned site.

I generally share your dislike of villain books. But they can be really, really well done - Priest’s Deathstroke and Tynion’s Joker titles, particularly - because they focus on the destruction the main characters cause, rather than trying to turn the villains into heros.l

I’m actually okay with reading stories about them in team books (like that Suicide Squad versus the Justice League mini) and it isn’t necessarily an anti-hero thing, it’s more that there’s so much stuff to read that one has to make a choice. For example, Sideways and The Terrifics are all things I want to read (and keep in mind I’m also a wait for trade person and while I have a large digital library I own on iBooks that includes floppies and trades, I also prefer to read physicals by and large. And I’d make time to read series like The Terrifics way before I would make time to read anything with characters like those you mentioned.

We all have to make choices. Priest’s Deathstroke is as much about Wintergreen, Rose, Joseph, even Power Girl (Tanya), Damian Wayne, Terra, and many other characters, and Tynion’s Joker is really a Jim Gordon series. But I definitely get having to make choices about what you are interested in spending time on. I just think that sometimes, the quality of a work can surprise one in a concept that one wouldn’t normally be interested in.