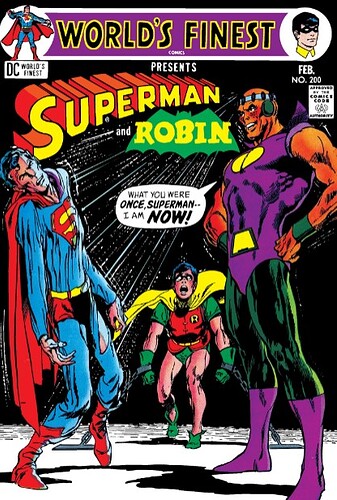 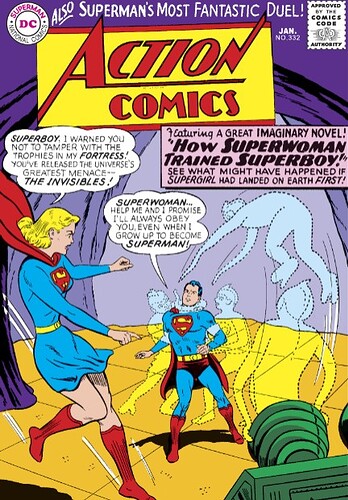 ACTION COMICS (1938-) #332 (released January 1966) DC UNIVERSE INFINITE “HOW SUPERWOMAN TRAINED SUPERBOY!” The story of what would have happened if Supergirl had reached Earth before Superman! A wild mental exercise of changing everything! 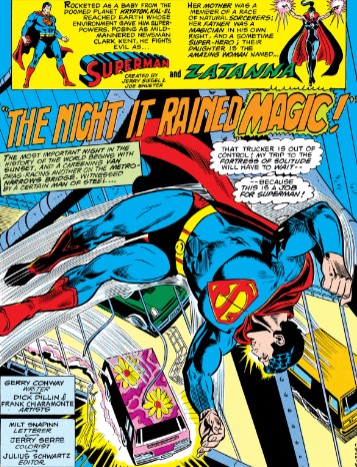 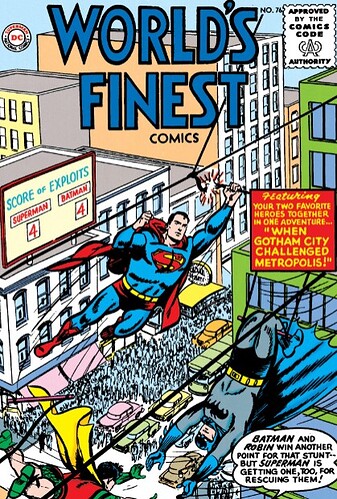 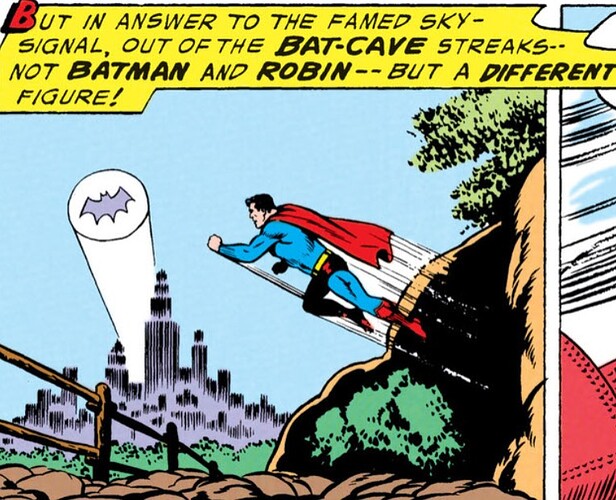 World’s Finest #76 (released May of 1955) DC UNIVERSE INFINITE Batman and Superman have a contest to do the most civic good deeds during a 24-hour period. An electronics convention will be held in the city of the winner. 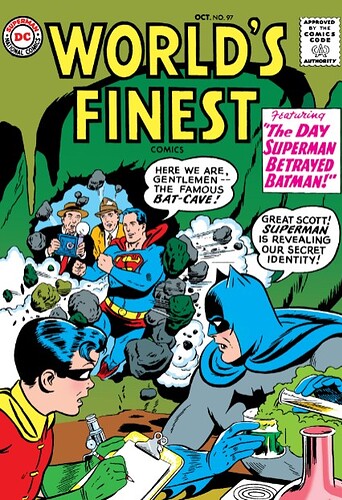 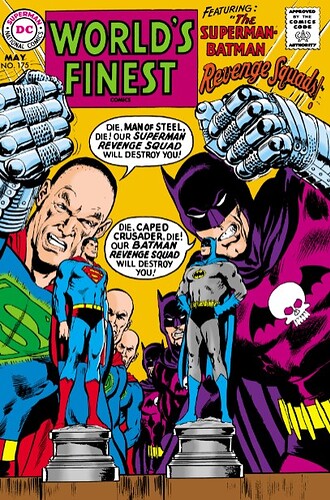 “THE SUPERMAN-BATMAN REVENGE SQUADS!” Once each year, Superman and Jimmy Olsen bet their crime-fighting skills against Batman and Robin. But as the heroes participate in various contests of skill, their respective Revenge Squads try to sabotage their opponents! FEATURING Neal Adams artwork!!

Please consider sampling some of these classic Silver and Bronze Age wares, and let us know your thoughts! Feel free always to post favorite panels / scenes etc from these exciting tales.

I’ll alert the Superman Brigade later today about this post.

I never saw them.

World’s Finest #76 was a fun little story but since when does Metropolis have an S-Signal like the Bat-Signal?

Oh, you mean this old thing? 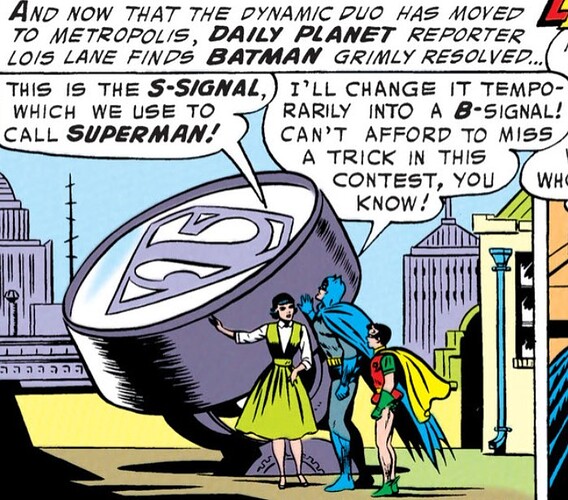 I’m real sure that was its one and only appearance, too funny how these older Silver Age comics love to insinuate an adolescent competition / jealousy between Superman and Batman.

And Batman says he’ll turn it to a B-Signal rather than just a Bat-Signal?

Action 332 was good. I’ll have to read the next issue to finish both stories. I always thought that Superman limited Supergirl too much and for too long. Now we see that from the other direction. We again see that Lex becoming evil was tied to him losing his hair because of Superboy, not the greatest of reasons. Speaking of hair, Superboy’s blond wig is kind of ridiculous but I like the glasses on Kara.

These imaginary "what if"stories of the sixties are great fun.

This really go some interesting places too with the story of Supergirl growing older and then helping out with Kal-el when he arrives year later. 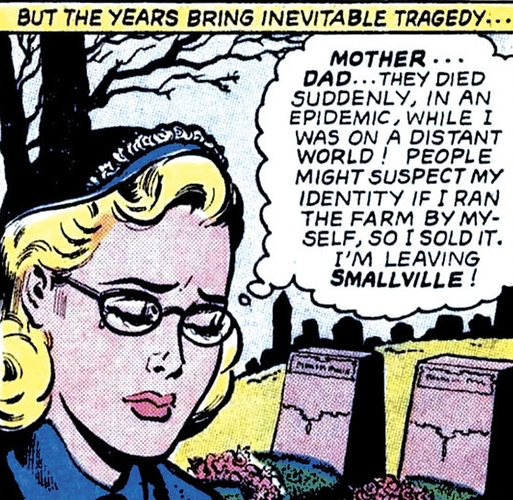 I dig all stories set on Lexor, thought Lex had blown it with his mini-CD collection, but alas his lovely bride is still besotted with him.
As normal with these, I find the Supergirl story more entertaining. I liked that it wasn’t a straight up switch with Kara being found by the Kents. It kept me more engaged in ‘what’s gonna happen next.’ Superwoman is cool and cute with the glasses, but boy is she stern with Superboy. Of course, that young knucklehead is giving her reason to be.

I am very eager for the current Future State Lexor stories to appear here in the digital library perhaps starting 3 months from now. 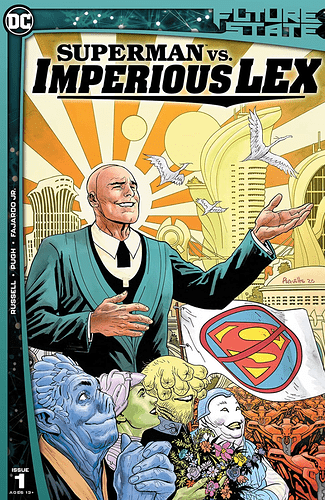 It’s an A+, have issue 3 sitting here waiting to entertain me.

I learned by looking into the details of the story a little bit more that this took place on Earth-332.

Now a few of the panels from all the readings that I found quite interesting.

Jimmy should be careful what he wishes for more often. 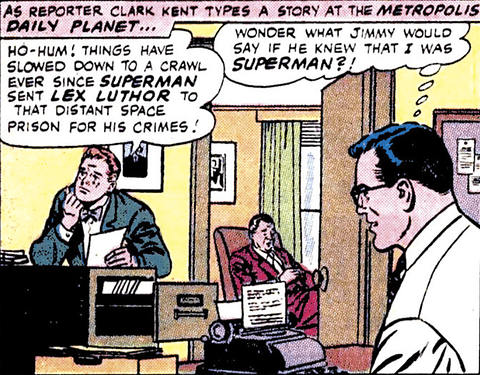 Thank you Superman for always being so polite. 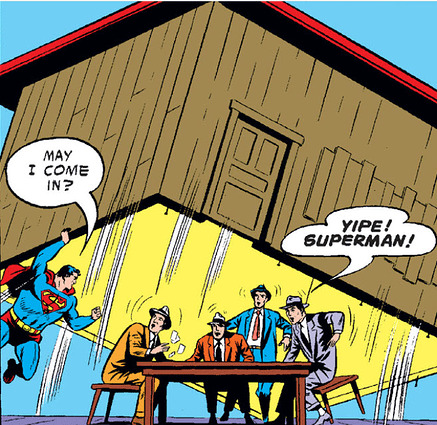 Good work Robin! Too bad your luck with walkie talkies is less… Effective. 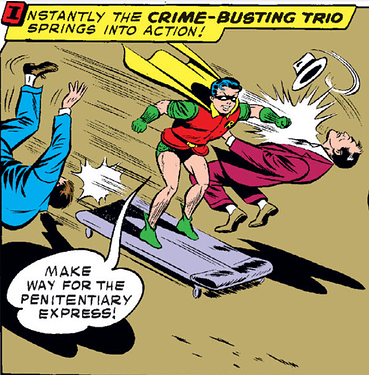 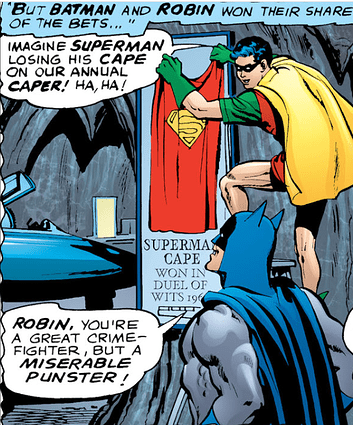 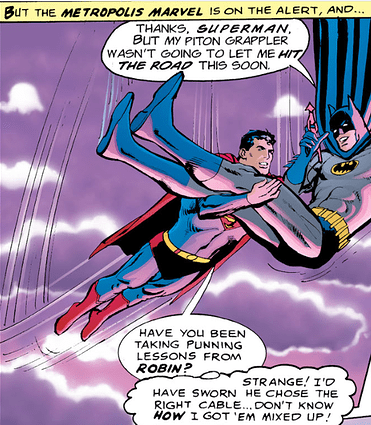 And a wild Jimmy Olsen used Judo… It was super effective! 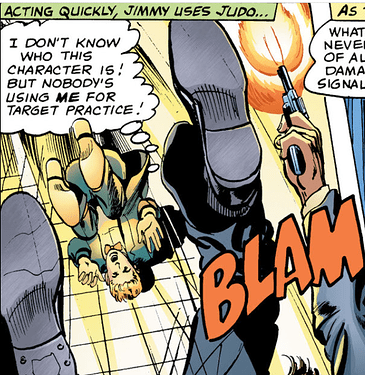 I couldn’t stop with the Action stories continuing to the next issues, read 333, 335 and 336. Also enjoyed the Lexor stories. I had heard of it but don’t think I had read any.

60’s Action are amazing to read, no question about it, even after all these decades.

I sometimes feel like this scene from one of the Action comics you just read is happening during the Supergirl CW Series, with how much they use the Fortress and no Superman to be seen… 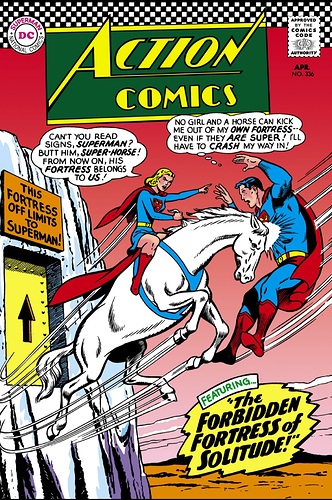