[Superman Fan Club] and other interested parties, come in come in! We are just about to start rolling this week’s Silver and Bronze Age reel from Superman and his Family’s past!

Feel free to pick and choose what you like from the selection this time around, as you would an old school comic rack back in the day… 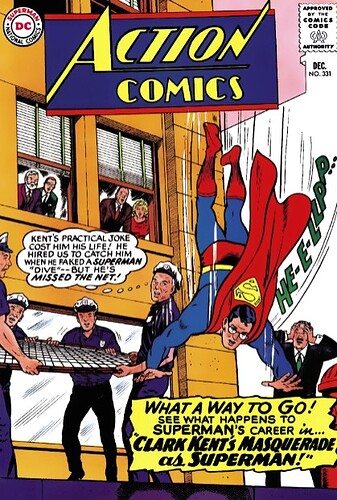 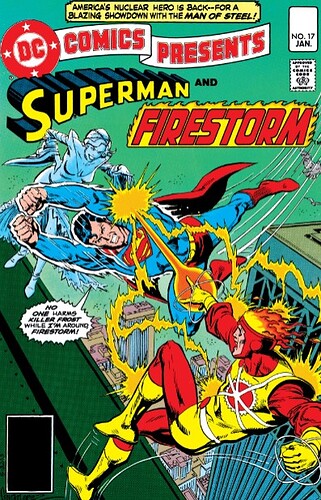 DC Comics Presents #17 “The Ice Slaves of Killer Frost” (released 1/80) DC UNIVERSE INFINITE A sweet team up with Firestorm when he was between comic book series (like he is now, oh Firestorm, where ARE you???) 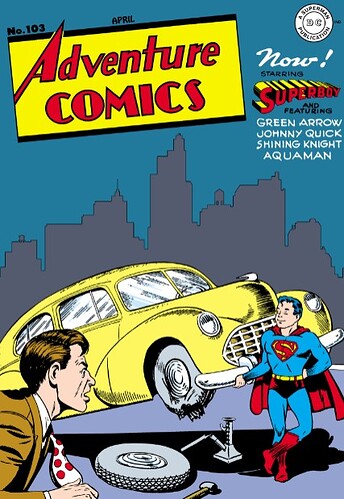 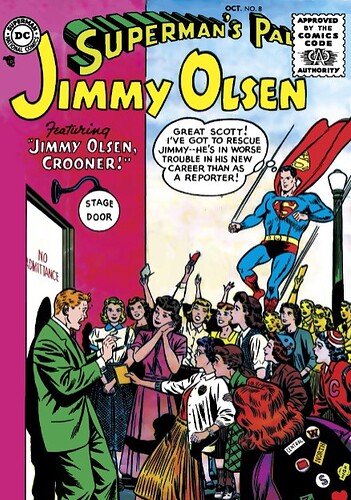 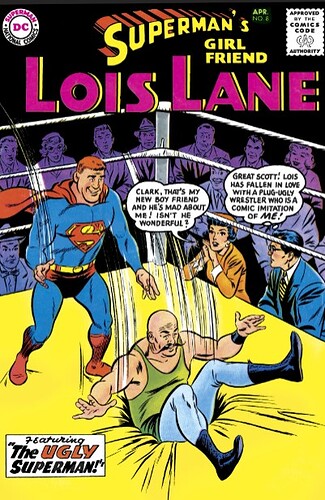 Please consider sampling some of these classic Silver and Bronze Age wares, and let us know your thoughts! Feel free always to post favorite panels / scenes etc from these exciting tales. 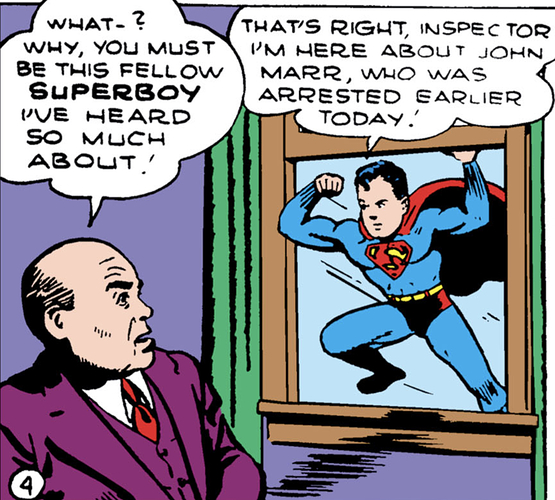 image1604×1443 1.16 MB
Nice Superboy story, could definitely see a young kid from back in the day enjoying the small bit relatable stakes.
But, Superboy looks a little weird.
Of the backups, Shining Knight was the coolest. And Aquaman isn’t letting predator fish eat? What’s up with that
3 Likes
Don-El March 12, 2021, 1:52am #4

When the spinner rack works, it’s great …just don’t ask me where I got it from…

I got one years ago from my comic shop. They had it out back ready to throw away, it was in alright condition and I snagged it, one of my favorite possession. It’s interesting to me how many people who come to my house love it.

They’ve been making a comeback locally at comic book stores and I like the way they’re made now.

The dealer near me likes to put the kid-friendly stuff in there but they really hold the comics nice and straight now, they don’t bend over like they used to back in the day.

Ya, I saw that there is a company making them now. They’re not cheap, which makes me glad I got mine from dumpster diving. I keep some of my paperback collected edition in it. I’d never put real comics in there, cause like you said, it being vintage, it has the annoying problem of bending books.

Ah, onto the readings…

Pro marketer tip, it’ll possibly help attract flies, I mean fans, fans I meant, more to the thread if you do let us see at least one favorite panel or two on your post directly, not everyone’s going to want to click to see the drop-downs …I do course I look forward to it!

The Supergirl storyline should enter a contest called Plots Gone Wild… that strange ghostly shape with the face is hilarious at the end. Guess we’ll see on Superman and Lois with Lesla-Lar. I’ve been following it on the free CW app and so far my brain hasn’t gone on fire from all the commercials…

Young Clark is definitely styling the early forties look even with the glasses in the first Superboy story. I still think it would be cool if DC was brave enough to have Superboy / Clark Kent storyline again someday.

Nice coincidence that the Superboy theme is in Jimmy Olsen this time around as well.

I’m also just noticing Clark Kent’s glasses in the 50’s Jimmy Olsen comic are similar to the ones that Superboy was wearing in the comic that came out 8 years prior. I’m thinking our club needs to do a scavenger hunt using the private messaging of "The Many Glasses of Clark Kent!" Hey I’m talking about seriously obsessing on this hobby, see?

Yeah I agree the Lois Lane plots were out of this world and yeah where was Wonder Woman for all this? DC of the 1950s responds, “What, me continuity?” 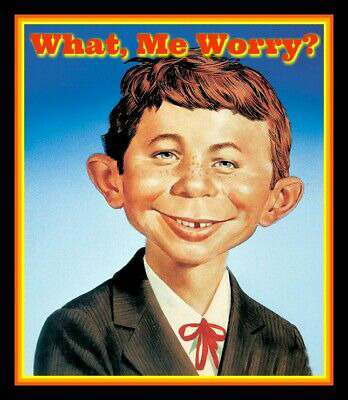 Pro marketer tip, it’ll possibly help attract flies, I mean fans, fans I meant, more to the thread if you do let us see at least one favorite panel or two on your post directly, not everyone’s going to want to click to see the drop-downs …I do course I look forward to it!

I usually do that just in case others have not read the story yet but could sneak one or two out of the drop down menu going forward.

I found out a fun fact also about Clark’s glasses while reading Superman’s Girlfriend Lois Lane #8. If you pay close attention to Clark’s glasses throughout the story when Lois and Clark were “trapped” on the island, you may or may not see Clark’s glasses appear and disappear from panel to panel.

I’m thinking our club needs to do a scavenger hunt using the private messaging of "The Many Glasses of Clark Kent! "