For our [Superman Fan Club] and friends first reading in September, Superman is accused of killing Luthor who indeed appears to be very dead in that glass casket of his……let’s go back back back to the Silver and Bronze Ages of Superman and his friends! 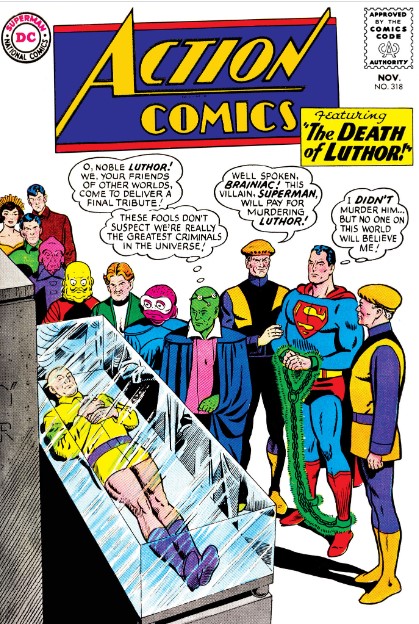 Click for Action 319 “THE CONDEMNED SUPERMAN!” As Superman’s trial for the murder of Lex Luthor continues, conviction looks certain unless he can prove Lex is alive! 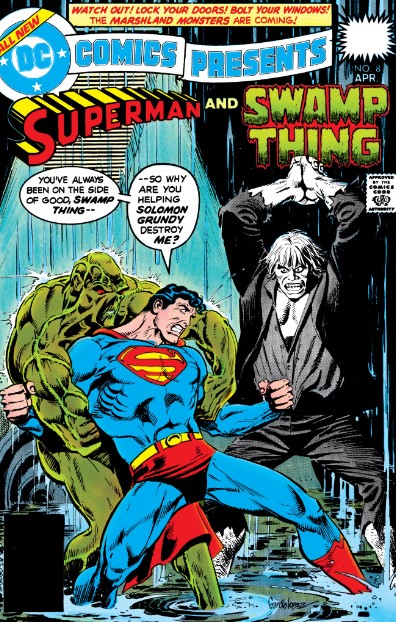 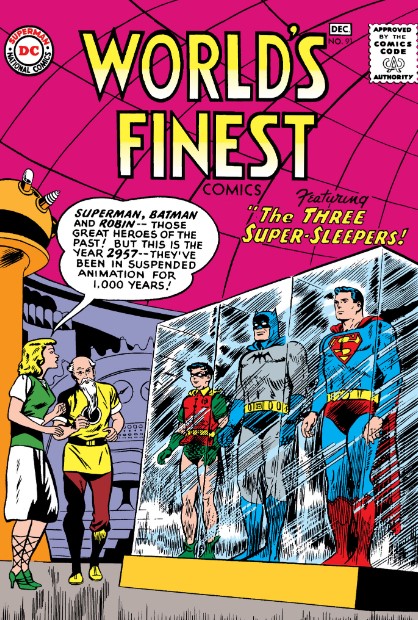 Click for World’s Finest 91 Superman, Batman and Robin chase a wanted felon into a cave, where they are mysteriously transported 1,000 years into the future and have to fight a descendant of Luthor!
Glass coffins seem to be all the rage back in the day… 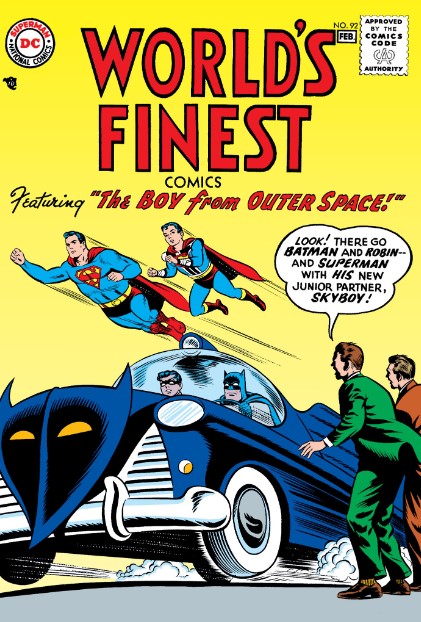 Click for World’s Finest 92 Superman takes in a mysterious boy with superpowers who crash landed on Earth.

BTW, I’m real sure these older comics had more than 12 pages…hmmmmm… 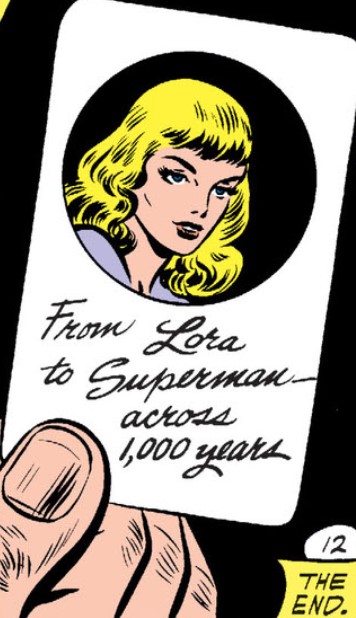 Let us know your thoughts below as well as sharing favorite art from these classics!

Oh and what do you think of the way Lora does her hair and eyebrows in the World’s Finest story, that’s an important question…

We get Swamp Thing too? Awesome.

I’ve read the Lora story. Just a little Veronica Lake action going on there with the hair and eyebrows. Which is nice considering that Lake is one of the all-time Hollywood beauties.
As for that story, the flaw of course is the lack of explanation for how Batman and Robin survive even if they are “asleep.” But, another fun story with those silly future people forgetting about crime fighting. Of course, I think myself a genius for knowing right away who had stolen the time ray.

Veronica lake huh? I didn’t catch that but now that you mention it that would be the ticket.

I figured it was an old forties look but I couldn’t quite place the actress lol. I’m too blinded by Claudette Colbert and Lauren Bacall.

You know what, the eyes are the indomitable and gorgeous Lauren Bacall. I change my answer

Honestly, it depends on which panel you’re looking at… Lora’s drawn differently in just about every panel she appears in World’s Finest # 91 in my opinion; but here’s one that I think looks somewhat like a young Lauren Bacall: 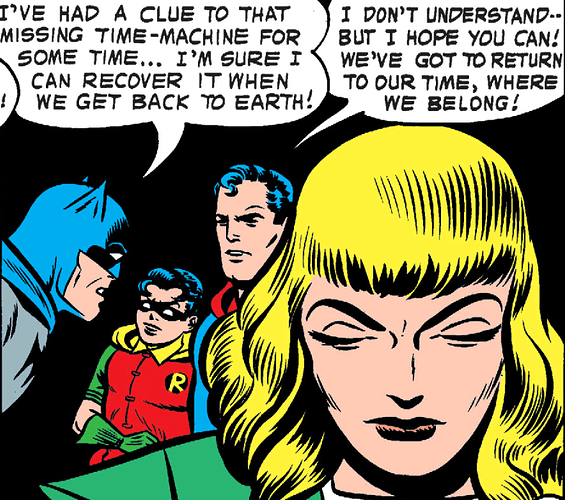 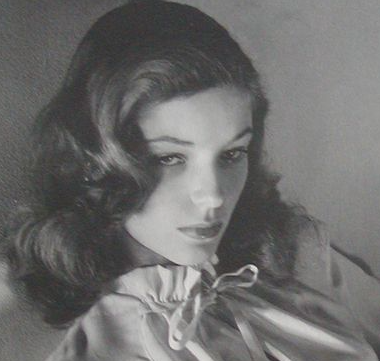 I heard a rumor Batman and Robin appear in this comic too!

Lots of good reading here this session. You already hit on a nice Silver Ageish tale with the trio going 1,000! years into the future. The two-parter with Superman ‘murdering’ Lex was very nicely done. Superman at first trapped, then later released, because he’s so completely honest. Now, the Supergirl stories in these two issues were not my favorite. In fact, the first one was the first I actively disliked since you’ve started the club. The mean sorority girls initiation trope is just bad in so many ways, everyone, including our girl Kara, comes off as at least superficial and often much worse. The second college story was an improvement, but I’d like to get Lena Luthor back.
Marve Wolfman/Curt Swan on The Man Who Murdered the Earth was aces. We knew the earth hadn’t been murderized, but still nice story.
Now, the DC Presents have been pretty hit or miss for me, but this was a hit. Nice handling of Swamp Thing 5 or so years after his first series and 4 years before his next. Both he and Superman had good motivations, but different goals, but it all works out. Nice selection, now on to the next batch.

I wasn’t aware of Lena showing up in these Silver Age Action Comics until we ran across the issue here earlier. Let’s see if / when she appears again.

I was glad to see we have an early Marv Wolfman Bronze Age story as well as that later Bronze Age DC Comics Presents (team up) with Swamp Thing.