For our [Superman Fan Club] second reading in July, we learn again that Revenge is a Dish Best Served Cold!!! Yes, the Superman Revenge Squad has finally landed, run for cover!!! This set of readings is chock full of “ LL ”s, as was the tradition in the Superman family of comics back in the ‘50s and ‘60s, so keep your eyes peeled for them!!! 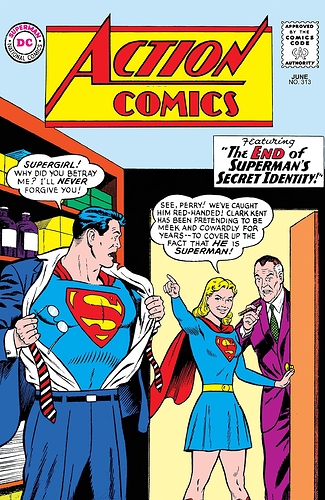 The Android Master, a member of the Superman Revenge Squad, abducts Superman’s friends and coworkers at the Daily Planet, substitutes android doubles for them. Meanwhile…in the Supergirl story , L ena Thorul discovers a connection to L ex L uthor that will rock her world…forever!!! Hmm…wonder what LENA discovered about the LUTHORS…. 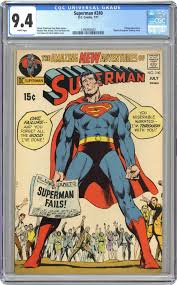 Continuing the Amazing New Adventures of Superman, where Superman continues to “depower” but help is on the way in the form of…I Ching, from the early ‘70s Wonder Woman series. Michael Kaluta art fans will enjoy the second feature here! 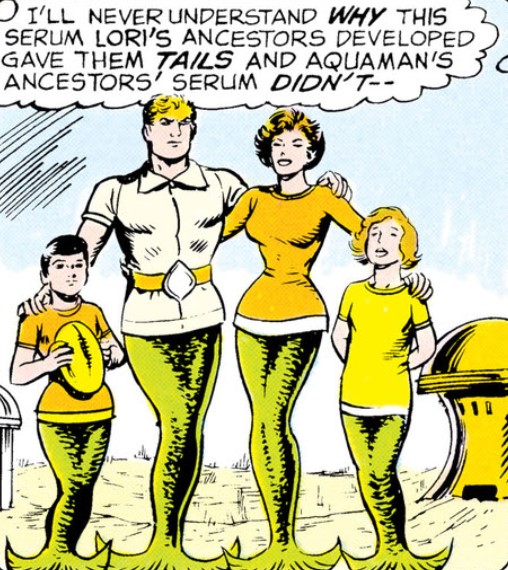 And, speaking of “LL”s, as promised, it’s time to start reeling in the rest of the Superman Silver and Bronze Age Family (wow, that Aquaman story is really affecting me): 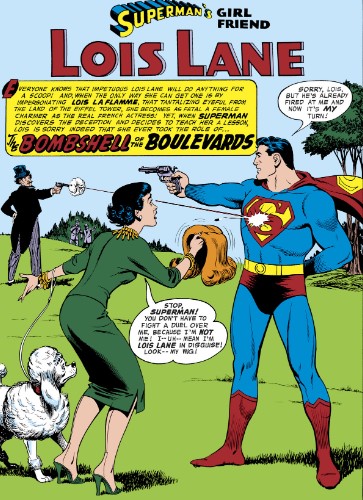 Some nice stories in the first issue of Lois Lane’s very own comic book, fresh off the TV series! 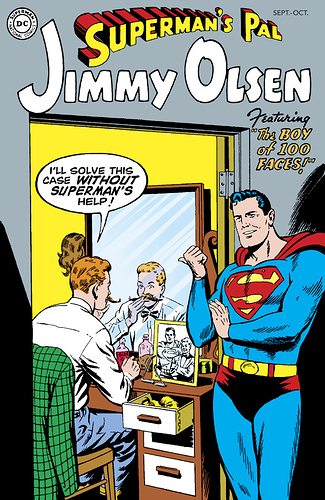 The absent Superman #239 is a Giant reprint issue, but too bad it’s not digitized, since it contains some stories that don’t appear in their original form here on DC Universe either from earlier in the 60’s, such as the Showdown with Luthor where Superman battles Luthor on a planet where he has no super powers. 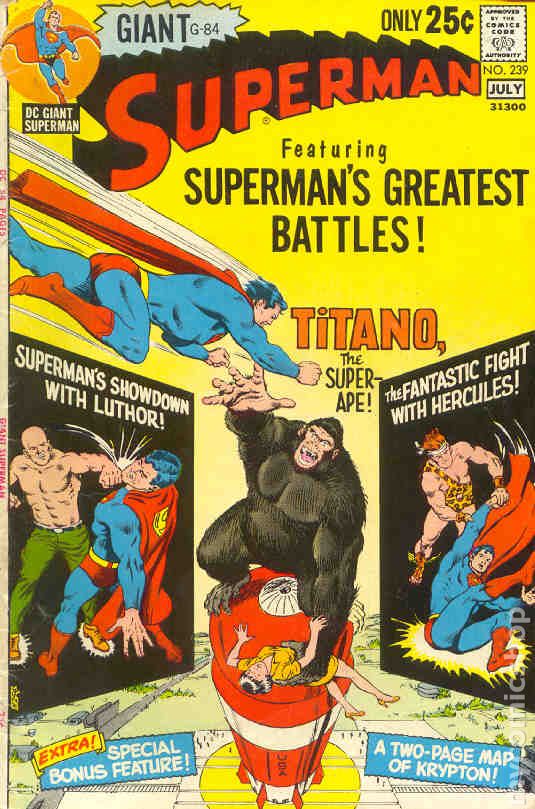 In two weeks, it’s time to see what’s cooking in World’s Finest, don’t you think? So many comics, so little time!!!

More goodness. I’ve already been thinking about how O’Neil handles Supes and promise to have Big Thoughts ™

Continuing the Amazing New Adventures of Superman, where Superman continues to “depower” but help is on the way in the form of…I Ching, from the early ‘70s Wonder Woman series.

Denny continues to try to sell us on I Ching. The character would be killed off about a year and a half later, signaling the end of O’Neil’s attempts to de-power the DC headliners.

That’s right, he gave Wonder Woman the same treatment earlier. Hmmmmm…I think I like what he did with Superman on limiting the power more than the Wonder Woman version.

Yeah, there’s a difference between bringing a character back to his previous power levels and taking away the powers that a character always had from the start.

Also, the cause of Superman’s depowering feels like an obstacle for him to overcome and fix, where Diana’s to me felt arbitrary change for change sakes

Now you guys did it now I got to go back and read some of those first stories again of Wonder Woman / I Ching.

In Dennis’ defense, I will say that the stories for Wonder Woman and Superman in the late-60s had gotten a tad stale.

The Silver age wonder we’ve been basking in for Superman has been more between 1958 and 1964.

I won’t criticize the effort, and I’m sure if I was in the comic writing biz, I’d go down the wrong street sometimes too

I’ve read completed everything here except for the DC Comics Presents, which despite being the most modern of the lists, tend to be my least favorites. For those I’ve read.
Action 313 from '64 is a nice read, and a good example of Silver Age “oh, no! Look what terrible thing has happened to Superman” type story. Like our evil Superman dictator stories from the last batch, you know there’s some O. Henry twist to explain things, but when they stick the landing on those twists like they do here you’re more than happy to go along for the ride. And, I love the bratty expression by Supergirl on the cover. And the backup story, is also really sharp. This kinda deep dive stuff is something you’d like to see reflected on the television show. Let Lena talk to the animals!
Superman 240: I would have been six, closing in on seven so I would have graduated from Casper, Wendy, Hotstuff, and Sad Sack, to Superman by now. I don’t specifically remember these stories but theres a good chance I would have read them. In any case, this O’Neil run is quickly moving up my rankings of Superman stories. There’s the mystery wrapped up in how his depowering is happening, what he can do, while he still needs to be Superman. 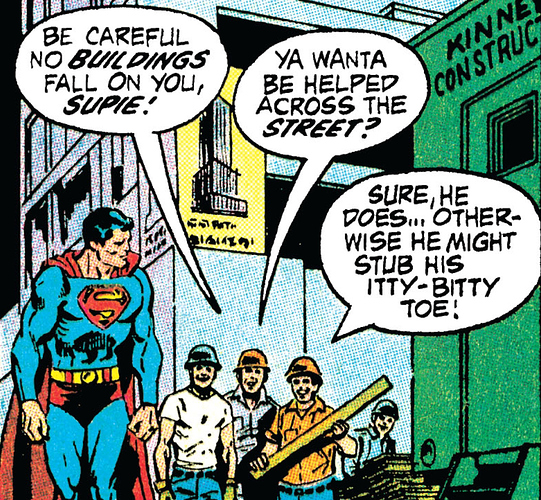 Lois Lane #1: Oh, the time capsule that these Lois stories are. They’re fun, kinda cute in a way, and so very very dated. One of the things people today need to realize is that this book and Jimmy Olsen were huge sellers, doing better on the stand than Batman. The entire Superman line kept DC Comics superhero line flying high until the Silver Age arrived.

Jimmy Olsen: Happy debut Jimmy and @Don-El! This are stronger stories than Lois’. I know the Lois stories are a cross between superhero and romance genres but it would have been nice to give Lois some stories like these.

Great feedback, @msgtv , it definitely comes across that you were highly entertained by this reading’s Super Family batch!

When I started this all up some months ago, my first impression of the DC Universe Silver and Bronze Age Super Family comics was, “oh well, this won’t take long to cover.” But as I keep digging, I’m finding more and more fascinating series and storylines for us to dive into.

Who knows, maybe even more of these gems will be digitized soon. More on that in our club’s private discussion line…

Time to move on to the next reading- anyone have more thoughts on this selection?

I appreciate that the “Clark Kent’s identity exposed” story from Action #313 still gets recycled today.

Seriously, though, Perry was pretty chill about it. Good on him. (Not spoiling the twist.)

Oh, and just because it was what I immediately thought when seeing the image: 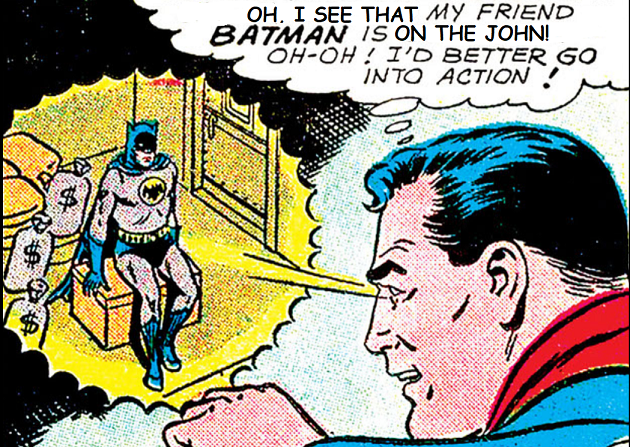 I mean, it is Bruce Wayne, so that would explain the money bags. Dollars are surprisingly absorbent.

I’m thinking one of the problem to be in time travel even decades back is not fully understanding the dialect and colloquialisms, lol.

Oh, just in case it wasn’t clear, I altered the dialogue to fit the image.

Now you are CHANGING the timeline. Joined Umbrella Academy, did we?