For our [Superman Fan Club] second reading in May, let’s again read bits from the beginning, middle and the end of the Silver to Bronze Age available DC Universe library runs within Action Comics, DC Comics Presents, Superman and World’s Finest comics on DCU. 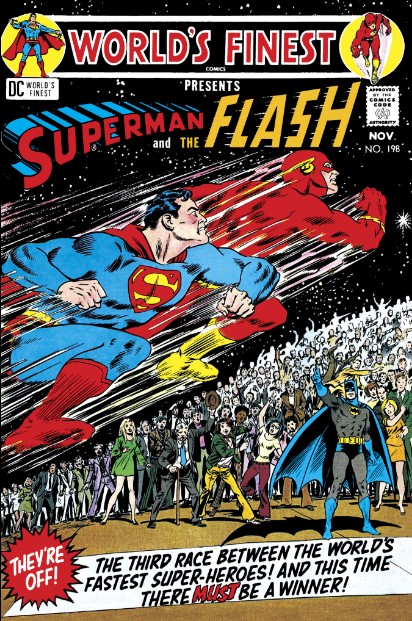 Beginnings deep in the Silver Age of Superman:

ACTION COMICS (1938-) #267 (August 1960) Action 267 An entertaining “Part 1” of a two-part story of Hercules vs Superman in 1960!…too bad no one has digitized part 2, but still a fun story to read as well as the rest of the comic. Also lots of fun with a first encounter between the original Supergirl with the Legion of Super-Heroes.
(If you want to know what happens in part 2 of Hercules vs. Superman , maybe I’ll post some images in the next week or so from my Superman: The Man of Tomorrow Archives V3…it’s actually the very last story in that volume, and I don’t own Volume 4 (now I’ll be haunted about searching for those other volumes…aaaaaiiiiii)).

ACTION COMICS (1938-) #284 (January 1962) Action 284 “THE BABE OF STEEL.” Clark Kent has been sent out to do a report on a medium who can contact people from beyond the grave! In “THE STRANGE BODIES OF SUPERGIRL!” Supergirl experiences effects from red Kryptonite by growing an extra head! One does wonder what medicinals the writers were into when this “double header” came out, lol. 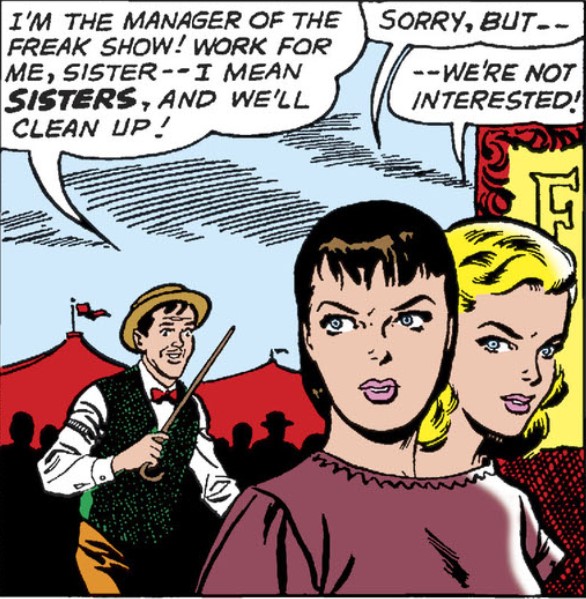 Middle, beginning of the Bronze Age: 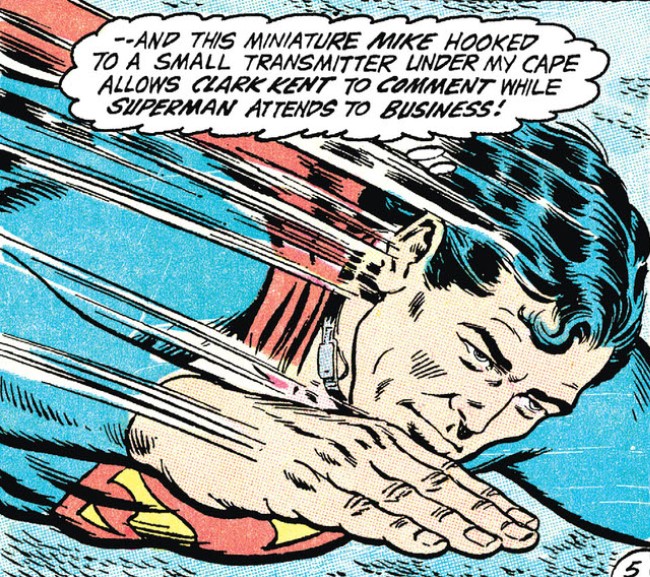 Towards the end of Bronze Excellence of Thrilling enticing Storytelling:

DC Comics Presents (1978-) #1 (July 1978) DC Comics Presents 1 Superman and the Flash find themselves on opposite sides when they become “super bounty hunters.” Written by the recently-departed and missed Martin Pasko! Drawn by the highly-skilled hand of José Luis García López! 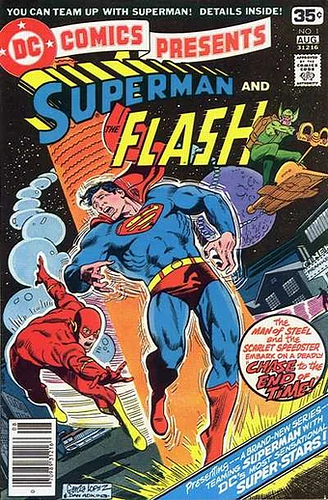 The late Mr. Pasko certainly packed that issue of DC Comics Presents with every possible sci-fi concept he could fit into those 18 pages. Are we finishing the story next time?

The earlier World’s Finest race with Flash is also a two parter that we’ll finish next time as well.

And yesterday as I was slowly filling up our Google sheet with descriptions of the stories we’re planning to read, I discovered yet one more earlier Flash-related Superman story.

This is the other racing cover of our club reading this time around. Hard to say which is the better cover to feature… 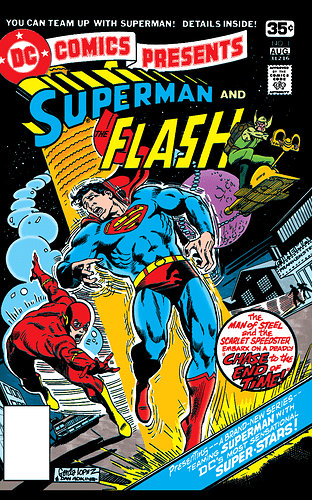 Now we know why Supergirl turns evil every other year. People are real jerks to her. Ha Ha, heres some pranks to endanger lives at the fair. Oops, you’re a grown woman for ten minutes, sorry ‘no Legion for you’ try again next year. Hey cousin, live the life of an orphan, and don’t let anybody know we’re related because you might be convenient some day. Don’t blame blondie for losing it occasionally. 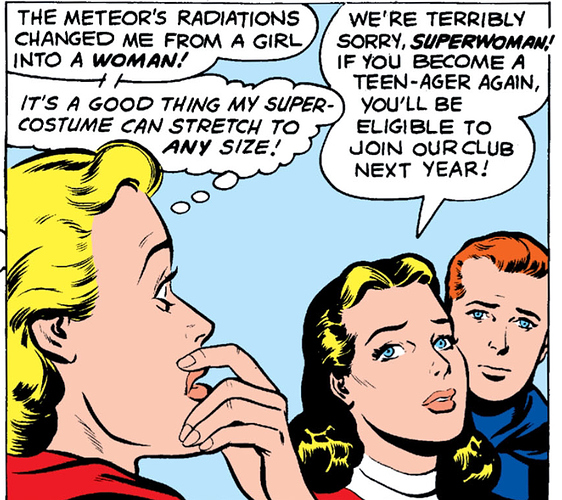 IMG_1130760×676 470 KB
Superbaby says shrinking didn’t effect his mind, but come on Superbaby is got one heck of an attitude, he’s kind of a brat. I did 100% enjoy this story for its goofiness but then it turns cool when it’s Mon-el who sent the message. 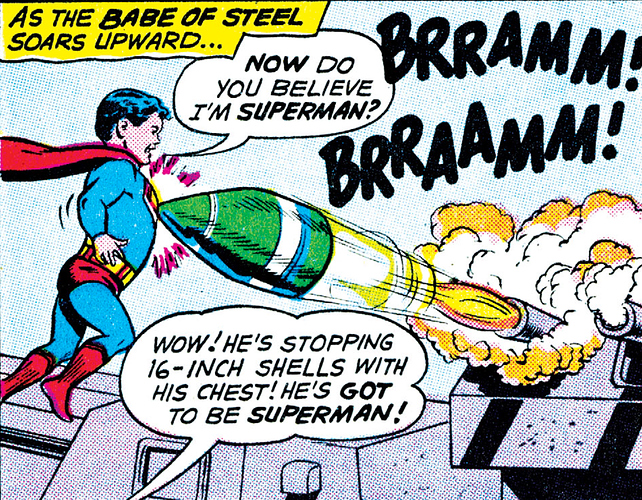 IMG_11401446×1125 2.44 MB
Finally, for my first batch read the O’Neil/Adams story. I’m loving this 70s Superman. This is great stuff. From creepy sand Superman to how Clark ended up a tv anchor. Now, I believe he can pull off the reporter gig because of what he shows this issue. But, the anchor job still seems too much having to work around a broadcast schedule.
Anyway, time to read some more
4 Likes
msgtv May 31, 2020, 7:15pm #7

Did the second half of the reading, to a little more mixed results. World’s Finest #198 is a big ball of goofiness in which O’Neil seems to be adding new challenges to fill out his page count. But, in the end it’s a lot of fun and an enjoyable read.
Really loved Superman #235. I know I was reading Superman by this point, but have only vague recollections of the individual stories. This story is so good that the idea of someone using an evil stringed instrument to gain superpowers and change themselves into Pan, makes perfect sense. And, our creepy sand Superman. I completely did not see the turn he made coming. Looking forward to seeing where this takes us.
Finally, the one down note. The irony is that the more modern Superman-Flash race is also the most dull. There just wasn’t anything there for me to sink my teeth into. It was fine, but forgettable.
Looking for to the next list.

Thanks for your observations on the reading, @msgtv . I’m eager to reveal one more “Superman / Flash” adventure perhaps during our next round of reading.

In the Hercules story, is Hercules really the bad guy here? Why or why not?

Well, he’s not a good guy. He becomes over-infatuated the moment a pretty lady shows him any attention and spends the rest of the issue peacocking. And then he threatens violence against the guy actually into.

This man would not be my friend.

Would you purchase stories of Baby Superman if it came out today?

Yes! If some right, that could be adorable.

How compelling for you is the continuing plot of the Sand Superman?

I’ve never read this before and I do want to know what happens and where this is all going, so it’s compelling to me.

Which “racing” story between Superman and the Flash is your favorite, the 1970 Denny O’Neal one or the 1978 Marty Pasko take? Why?

I guess the first one, but only by a bit. The second one isn’t really a racing story, yet, and I think it’s silly that a race that is desperate to stop a civil war is willing to destroy a whole planet full of people to do it.

Glad you got some enjoyment this round, @ralphsix and @msgtv ! Looks like we all agree that the early '70s relaunch of the “Amazing NEW Adventures of Superman” is a knockout punch of a great series to read!

Too funny that while the talented Mr. Bendis quietly gets rid of Superman having kids around, we all like Superbaby just fine, and, whatever you do , B Bendis, don’t look when the CW Superman launches in January or so with 2 kids!

Here’s hoping everyone enjoys parts two for the two racing stories along with the third “mystery” Superman / Flash story lurking in the dim past here at the DC Universe digital library!

Then, next Wednesday the 10th we start the first reading for June.

The next [Superman Fan Club] reading for June is slated to go up later today.

Anyone else have thoughts on the current reading selection, story, art or history / culture?