Welcome to Week 6 of a very special challenge / contest , reading one single issue a week (as they are digitally published that is) of THE SECRET SOCIETY OF SUPER-VILLAINS (1976) #1-14 (and we hope the rare #15-16 plus other issues).

This time around: THE SECRET SOCIETY OF SUPER-VILLAINS #6, with Bob Rozakis, writer, now firmly in control of the storyline….here we go! If you like to wink and chuckle while reading your hero / villain action stories, he’s your guy. And the artwork marvel we call “Rich Buckler” continues to shine brightly! 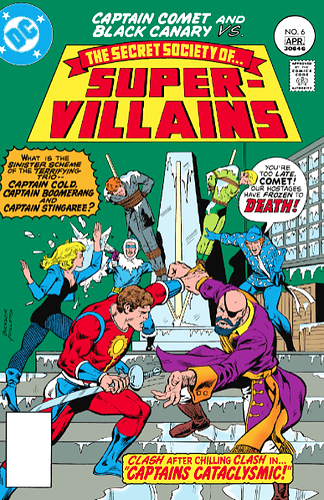 I read THE SECRET SOCIETY OF SUPER-VILLAINS #6

We have several very special pages from the original comic book to share this time around that are not part of the digitized version, and frankly these are almost as action-packed and important as the story that is digitized LOL. 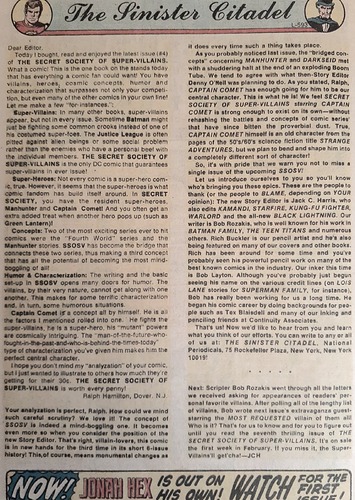 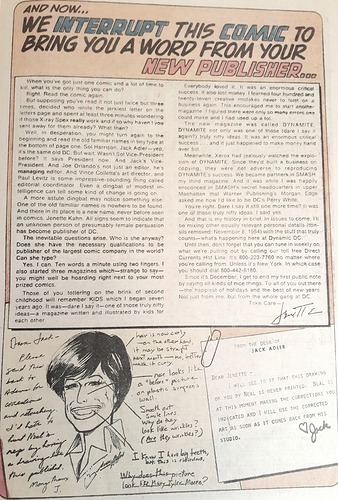 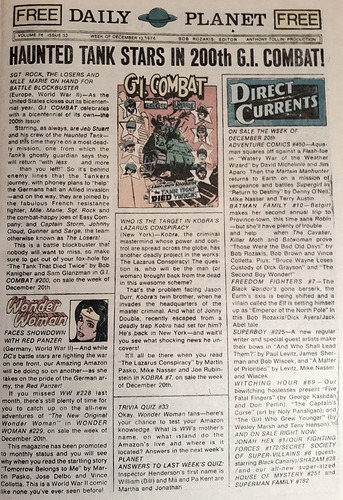 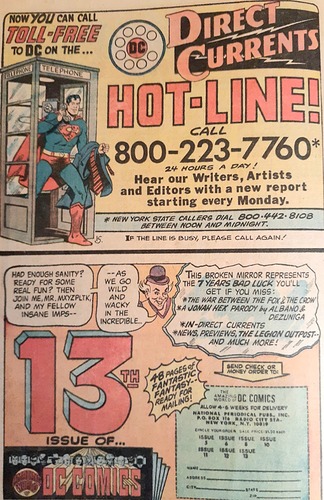 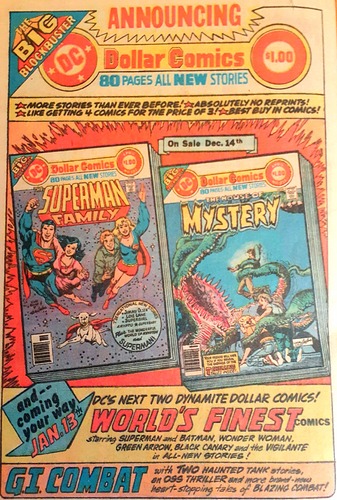 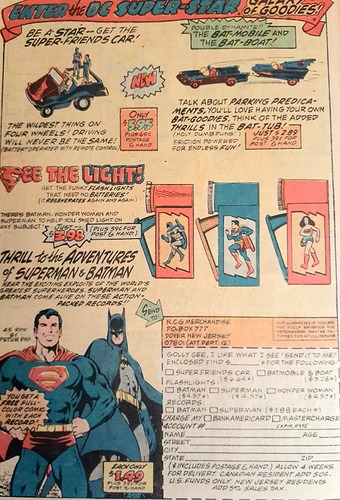 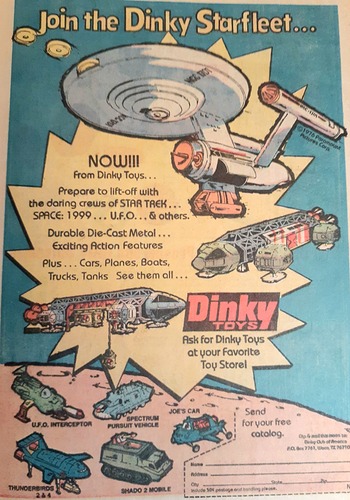 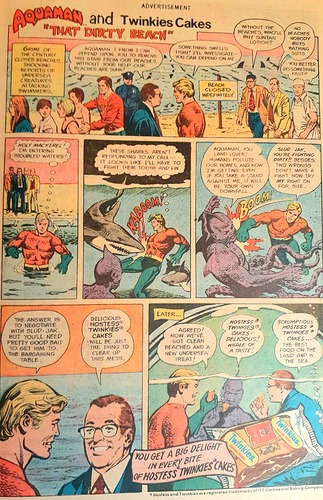 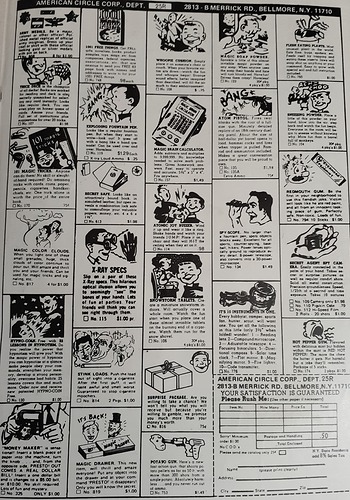 And be sure keep an eye out for our once a month first Thursday evening of the month Listen A Long of the classic 1940’s Superman Radio Show adventures (in the Watchalong aisle). The next one is planned for Thursday November 3rd!

@Vroom Ever here of or possess Dinky Toys?

@MisfitCMJ Is it a coincidence that the Dollar Comics launched the same month that Jenette Kahn was announced as the new Publisher???

I’ll have to search for them later. I’m sort of a nut for small vehicles that have detail.

How about that Super Friends car, have you seen that before? @Vroom 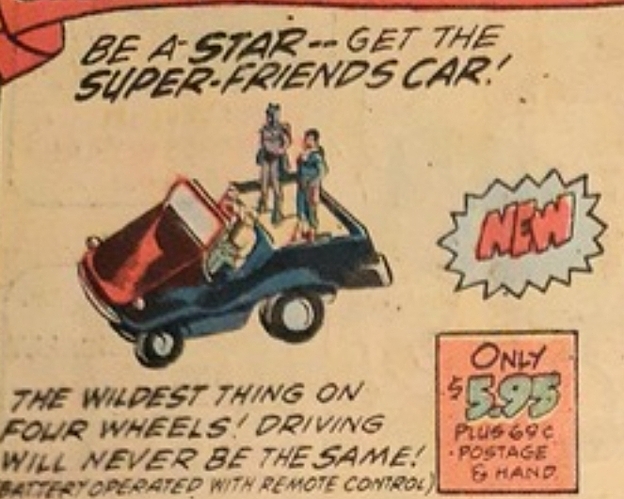 It looks vaguely familiar. Probably something I’ve seen in a Bronze Age-era book.

Although as any Super Powers aficionado knows, if Kenner had made that, it’d be wicked-rad, as was Kenner’s way.

Not at all. Those were all her trying to make DC Comics more mainstream, easier to brand and sell in more markets.

If you called the DC hotline, you were most likely to hear Bob Rozakis.

I got to go find more information on that hotline. At the time, it would have been a little depressing if only Bob answered.

Of course he was The Answer Man…

I think by the time they shut it down for clogging up the national phone lines it was mostly, maybe entirely Bob.

Is there any evidence to suggest that anyone called Bob and got “Yeah? What the hell do you want?” as he picked up?

I mean, he must have had a cranky day once in a while, especially if he was on the only Answer Man on the telephones.

How much did you enjoy the team up of three supervillains with “Captain” in their name?

Well, I think we’re all kind of used to seeing Captains Cold and Boomerang teaming up as part of The Rogues. That’s always fun but it’s nothing new. The wildcard here was Captain Stingaree. I honestly had to look up who he was (a pirate-themed Bat-villain, 'nuff said). Their Captain theme was a good, classic comic book gimmick, if nothing else. It was the gimmick that made it fun.

What do you think the reason was for the “captain” themed crime spree?

Oh boy… where do I even start with this “plan”…? First, what was the ultimate goal exactly? They’re kidnapping captains of land, sea, and air, but… why? Were they going to ransom them off? If so, why’d they put two of them in a metronome trap that was going to kill them? Also, would ransoming them off cover the costs of a Boomerang-shaped space rocket and a functioning, full-sized replica of a pirate ship while leaving enough for the crooks to split a profit three ways? Was it all really just a “captain flex?”

This ended up being my favorite panel of the issue:

Because it was basically the story admitting that the plot didn’t make much sense.

In my headcanon, the reason for the whole thing was that Captains Boomerang and Cold got bored in the aftermath of the Darkseid battle. They were just sitting around the Sinister Citadel twiddling their thumbs when Boomerang turned to Cold and said: “Hey mate (because he’s Australian), I’m a captain, you’re a captain, so…” And that explanation fits the meta reason that it happened: Because Bob Rozakis thought it would be a fun gimmick. So, that’s what I’m going with.

Which villain did you feel made the best show of things this issue? Please tell us some of the reasons they stood out from the crowd of crime-spree Captains.

I’m going to give it to Captain Cold. His cold gun seemed to make him the most effective villain of the three. Also, he obviously appreciates the importance of a “solid” offensive line:

Other thoughts: It’s interesting that Rozakis decided to keep the Funky Flashman side plot considering nothing has happened with it for three straight issues now. I’m hoping that it goes somewhere eventually.

Also, was this what it was really like in the 70’s?

Thanks for the memories with those old ads! But personally, I prefer Megos.

For sure the seventies were a very wild time. I guess it reminds me of someone in high school suddenly finding out they had only a half a day of classes by surprise and they had the other half to do whatever they wanted before their parents came home. I won’t dig too much more into it but yeah things were real crazy for about 10 years.

Course I’m not sure how you would compare that with now.

@The.Elizableez We’ll even give you credit if you just leaf through the issue!

Best scene is Captain Comet getting smacked by an old lady for trying to help her cross the street.

The team up was fun, but I still don’t understand what the ultimate aim was. If you’re going to kill a captain, there’s a perfectly good Captain Comet RIGHT THERE.

I’m pretty sure reading this as a kid added to my extreme dislike of Green Arrow.

Captain Stingaree seemed to be the most effective villain just by taking hostages.

Next issue, DC’s greatest villain makes his series debut. Real estate speculation, nuclear terror, killing his arch enemy, what is he up to???

Say, you don’t think Rich Buckler snuck Bob Layton over from Marvel to DC when he came over, do you?