Welcome to Week 18 of a very special challenge / contest , reading one single issue a week (as they are digitally published that is) of THE SECRET SOCIETY OF SUPER-VILLAINS (1976) .

This time around: THE SECRET SOCIETY OF SUPER-VILLAINS SPECIAL, with Gerry Conway as writer, Arvell Jones, Artist, and Bob McLeod, inks, followed by the script to #18 that was never illustrated by DC. 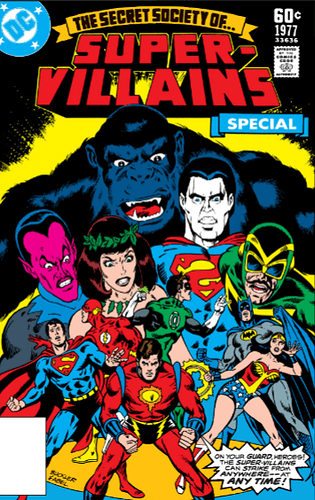 Click below to go to Volume 2 of The Secret Society of Super-Villains, then go to page 38 for this issue- if you have Ultra. 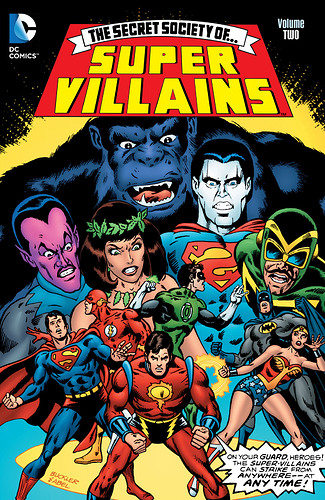 Don't miss DC's greatest villains of the 1970s all in one title - and finally back in print! When the evil New God Darkseid schemes to take over the earth,...

I read THE SECRET SOCIETY OF SUPER-VILLAINS SPECIAL

And be sure keep an eye out for our once a month first Thursday evening of the month Listen A Long of the classic 1940’s Superman Radio Show adventures (in the Watchalong aisle). The next one is planned for Thursday February 2nd at 6 pm PT / 9 pm ET.

Wait until you see what we are reading next week!

Is this your favorite issue ever featuring the Secret Society of Super-Villains? If so, why?

I mean, I enjoyed the Earth-Three and Earth-Two issues, but, yeah, this just might be my favorite. First, I think it’s because this is what I expected out of the Secret Society book in the first place: Epic showdowns with the Justice League. The first issue of the series teased just that with the team battling the JL robots. I also think it’s because of how high the stakes were in this issue. The lives of the Justice League were on the line. Finally, this was the best and most dangerous Secret Society line-up.

See any cool unique flying vehicles this time around? Care to share? 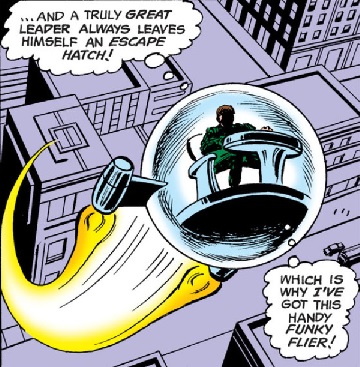 Is Poison Ivy right, does the Good Book say, “there’s nothing worse than a woman scorned?”

From my Google search, the "Hell hath no fury like a woman scorned quote originally comes from The Mourning Bride play by William Congreve (whoever that is). So, the “Good Book” doesn’t contain that old chestnut. However, there are apparently passages from Proverbs that kind of say the same thing. So… I guess Pam isn’t completely off the mark.

They were all pretty good except for, maybe, the battle with Wonder Woman. I think Diana was done dirty there. However, I’m going to choose the battle with the Flash as it foreshadows Barry’s fate in COIE.

Did Grodd really have plans for Captain Comet and Funky Flashman?

Not that we’ve seen so far and I have a hard time believing that anyone has plans for Funky. I guess we’ll find out, though…

Wait until you see what we are reading next week!

Believe it or not that is on DC Universe Infinite Ultra in the Lois Lane: A Celebration of 75 Years collection.

We can add that in the near future.

Meanwhile I’m getting the sense that we need to go to the Super Team Family issues of the Secret Society of Super Villains so everybody can see what Gorilla Grodd was up to.

I did post some panels of it a bit ago but that did miss a lot of the key elements, like if Captain Comet and / or Funky Flashman had a role to play later.

I thought most of the fights with the top five heroes were pretty ingenious although I would agree the Wonder Woman one as well as the Batman one I thought it were a little far-fetched and not quite as cunning.

I really liked the art by Arvell Jones and Bob McLeod.

Letters page includes a history of the SSOSV and Darkseid’s ties to the all new Angle Man.

Interesting I’ll have to go into the East Slovakian copy of the letters page online later and read it.