Superman Fan Club] PRESENTS: The Issue a Week of Superman Silver and Bronze Age **Challenge of the Superfans** WEEK 9!

Challenge of the Superfans WEEK 9!!!

Welcome to Week 9 of a very special challenge / contest reading one single issue a week from the currently- digitized DC Universe Infinite collection of Silver and Bronze Age Superman and Family comic!

This time around: SILVER AGE! 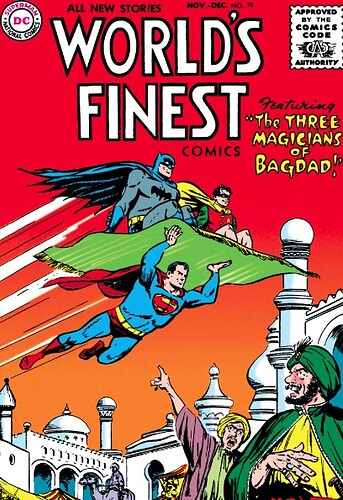 Batman and Robin are sent into the past by Dr. Nichols, but he is unable to return them to the present.

I flipped through World’s Finest #79

Current Challenge of the SuperFans Standings:

You can always join in or catch up. Just @ me once you check out a previous week and I’ll update this Super Important Sheet!

You can search by #challenge-of-superfans to find the other readings.

I thought it would be a good idea to feature a serious-minded Silver Age comic.

Edmond Hamilton and Dick Sprang now there’s a creative team that I love.

Dr. Carter Nichols appeared more than twenty times in various Batman comics in the Golden and Atomic Ages. Grant Morrison even brought him back for Batman #700. If hypnosis can make my body travel back in time to 1980, I’m going to try it.

Batman and Robin overcome their biggest weakness, a giant magnet trapping them with their utility belts, with the help of Aladdin. One that does not sing. Aladdin may not even be that much older than Superman and Batman. 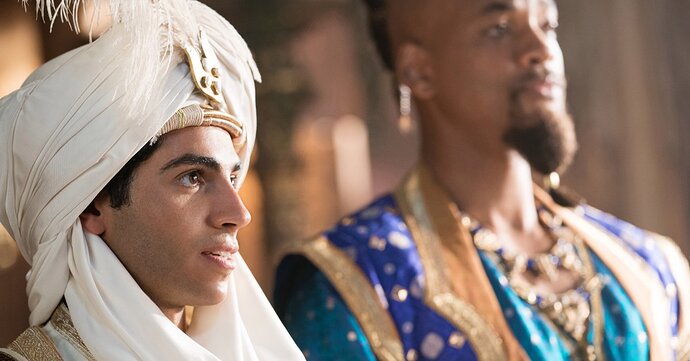 Was Aladdin Based on a Real Person? Here’s Why Scholars Are Starting to Think So

The fun part starts when Superman is in the role of the genie. I love the way Superman fulfils the wishes of the villain that’s not exactly what he was hoping for. This would have been a fun rewrite for a Batman/ Johnny Thunder Brave & the Bold issue.

A fun story all the way around . Superman as a genie that grants wishes but so they don’t help is hilarious. I don’t understand why Superman couldn’t use his Super Senses and fine Robin, but who cares, it was a fun tale. Typical of Silver Age reinventing past legends with their characters.

Oh I cannot WAIT for this one!!!

Superman and the Dynamic Duo really lucked out with finding an area of ancient Baghdad where everyone spoke English!

Hopefully that’s the only hole in the plot LOL

I assume all three heroes know how to speak “back in the day” Arabic and the editors just helpfully translated for us.

A quick fun 13 pages read! You could say it …galloped along. 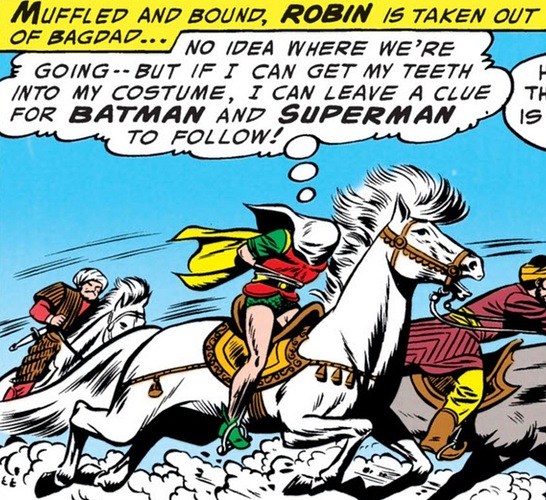 I really enjoyed the calligraphy of the first page: 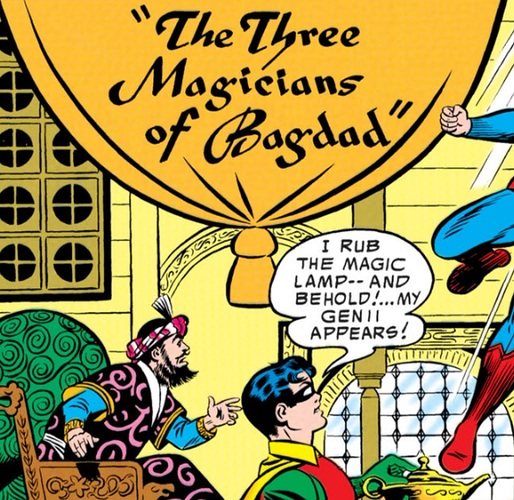 I also found the 50s version of Batman’s costume to be pretty cool! Look at those ridges on the back: 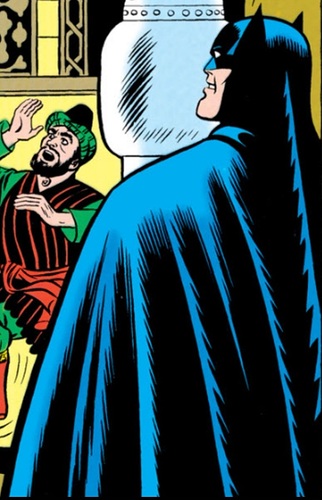 The cars back then had fins so why not Batman… 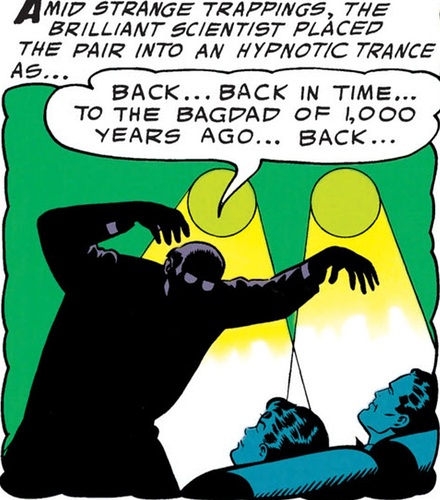 Wow the scientist really gets all crazy when it comes time to travel in Time by hypnosis don’t you think? 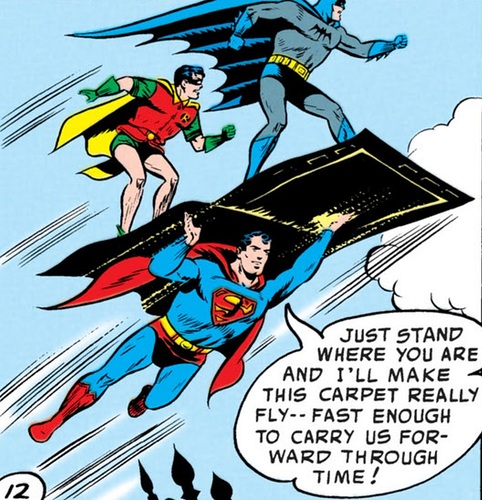