[Superman Fan Club] PRESENTS: The Issue a Week of Superman Silver and Bronze Age Challenge of the Superfans! Week 7

Well that was a silver age comic all right.

For a Silver Age comic is was enjoyable. Had some of the trappings of such… heroes acting like quasi-jerks for no real reason. (Seriously, how insecure are Flash and Superman to be mad someone helped them) convenient powers to save the day out of nowhere (admit didn’t read many early Martian Manhunter comics but since when could shape shifting into a superhero give him their abilities, and Martain Science made the Gold K useless, that’s convenient)

Also the scene that we later find out is Superman discovering the villains are on their home planet… I get they were hiding the reveal but the way they did it I thought the comic reader skipped a part or something. I mean, did Superman just let the Volcano erupt?

Didn’t figure out it wasn’t the real villains though, and unlike a lot of twist from the silver and bronze age that one did actually make sense. So kudos.

All in all a decent story, a product of it’s time for sure but I enjoyed it for what it was.

Dan, I’m glad you were able to join the Silver Age fun this week.

I also was very puzzled at the junior high school emotional state of both the Flash and Superman during this whole thing. Who knows, maybe that was because of the assumption of the 1960s DC writers and editors as to the basic age of who was reading their comics.

I also was very puzzled at the junior high school emotional state of both the Flash and Superman during this whole thing. Who knows, maybe that was because of the assumption of the 1960s DC writers and editors as to the basic age of who was reading their comics.

Over the decades, my parents generation (now 75+) and older folks often don’t want help and want to do things themselves if they can. I didn’t find that part of the story unusual at all.

Who knows, maybe that was because of the assumption of the 1960s DC writers and editors as to the basic age of who was reading their comics.

A lot of Silver Age comics have them act like that, and I never thought of it but you might have a point.

Anyone else have a thought on this one?

Actually perhaps it was the emotional maturity of the writers at the time.

Though Seriously, I also never thought of it with that perspective, but writing for your audience does make more sense. Comics today are in general geared to an older audience I find.

Well these guys in the 1960s DC office don’t look too young, do they? LOL 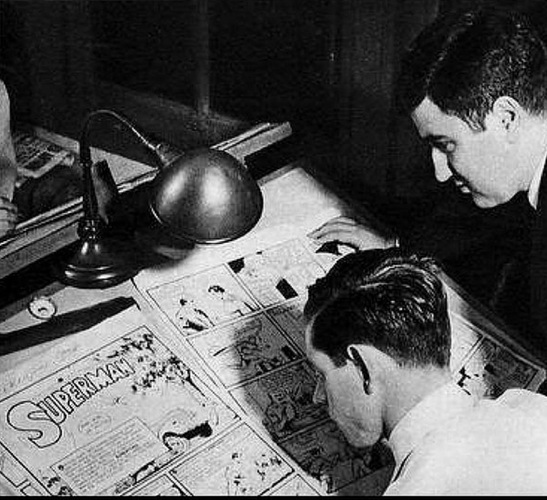 Not really , but that smoking aged you pretty fast.

Snapper Carr at the head of the table? Is the League run by a kid? 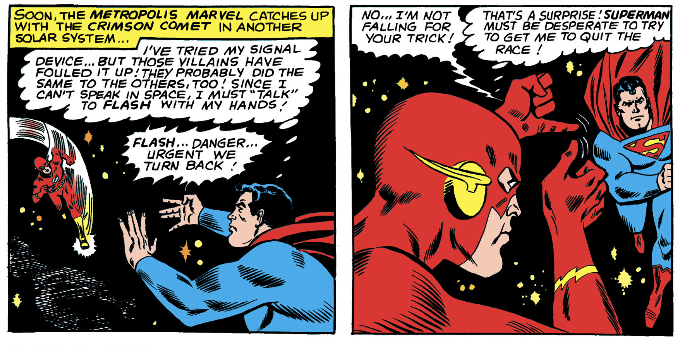 Now I got to go peruse my archive hard cover version volume one of the Atom from the 60s to see if he had a little seat there too LOL.

The sign language incident is too deep for me to wade into I fear I fear lol. 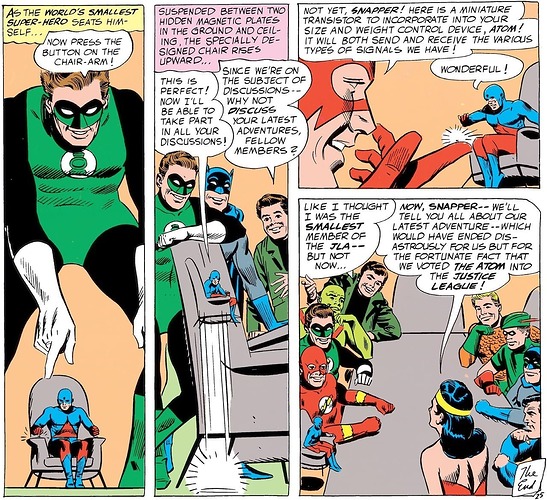 But is his voice tiny too?

The JSA gave him a regular chair. 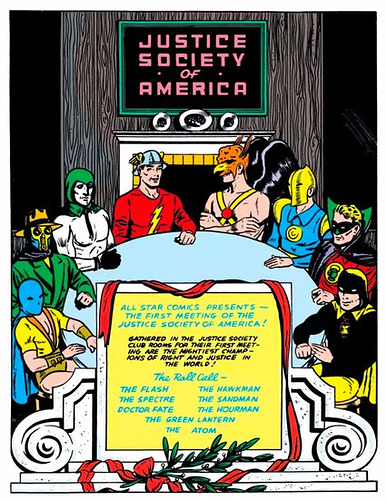 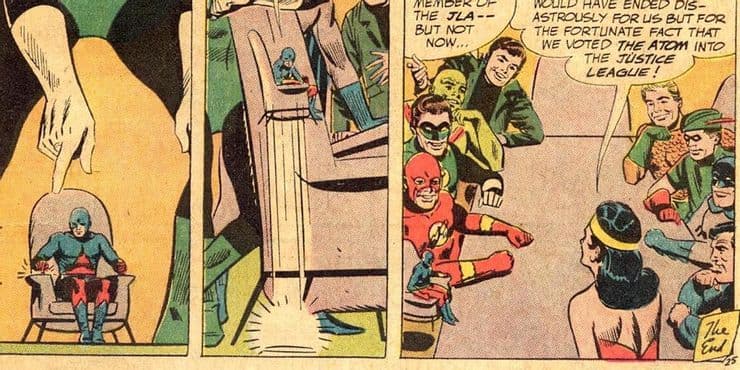 As to his voice being tiny, perhaps. 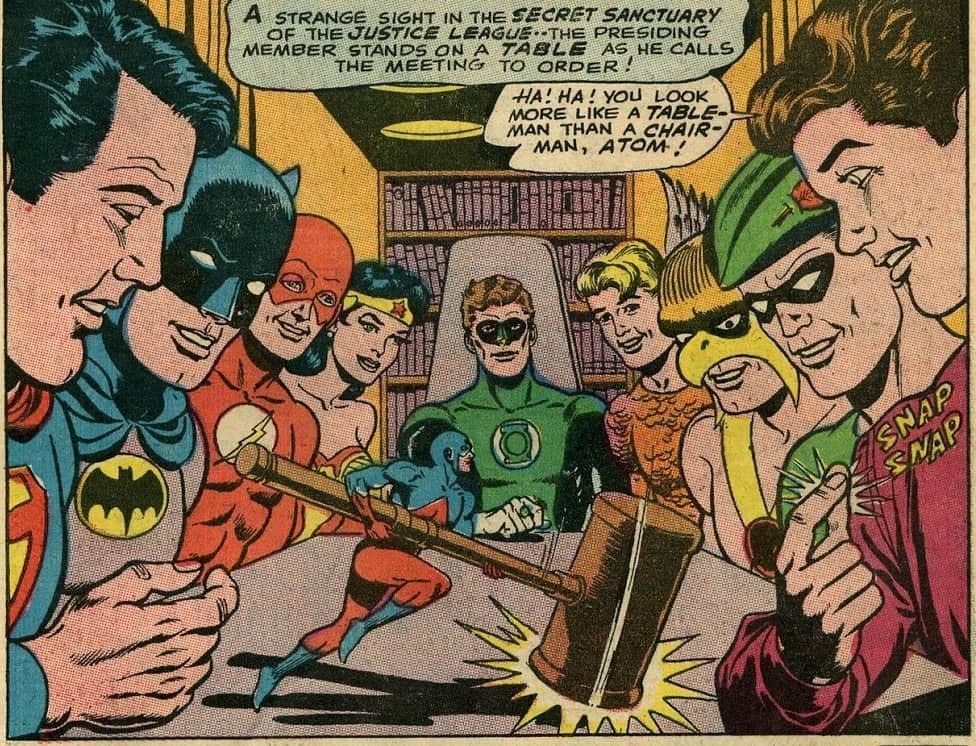 I’m wondering when Ray Palmer stopped showing up tiny and just showed up regular size and only shrunk when needed. I shall investigate.

After much scholarly research while at work LOL, I have discovered that eventually the Atom turned in his floating mini chair to instead sit on various people’s shoulders like the Justice League’s pet monkey.

Evidence from this issue okay admit it I like this cover from Justice League of America #91: 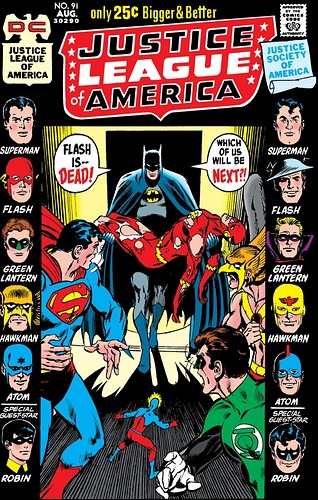 I’m not sure which was better for the poor fellow

Honestly I like the shoulder sitting much better. At the very least, one League member would be able to hear him loud and clear

It took me a few minutes to get that one LOL