[Superman Fan Club] PRESENTS: The Issue a Week of Superman Silver and Bronze Age Challenge of the Superfans! Week 7

Challenge of the Superfans WEEK 7!!!

Welcome to Week 7 of a very special challenge / contest reading one single issue a week from the currently- digitized DC Universe Infinite collection of Silver and Bronze Age Superman and Family comic!

This time around: SILVER AGE! 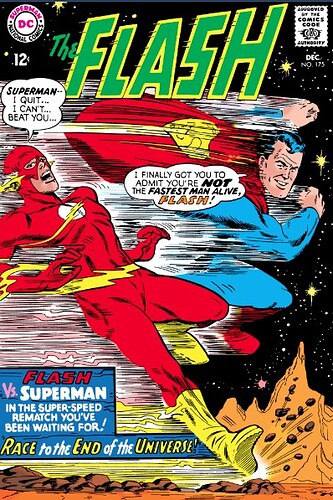 Rokk and Sorban, two aliens who once encountered Superman and Batman, force Superman and The Flash to a rematch race.

The current standings for the Challenge of the SuperFans as of 01/05/2022:

Who will be the top SuperFans of Superman and Family???

Meanwhile, at the Hall of Justice (which seems to be in a cave???): 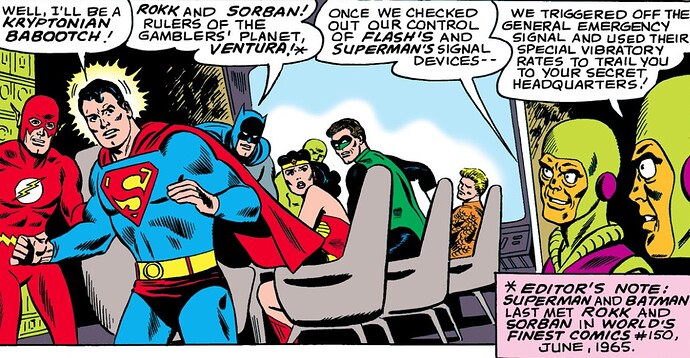 and…since World’s Finest #150 is not in the DC Universe Infinite library, here’s the cover so you can see what kind of villains these guys are: 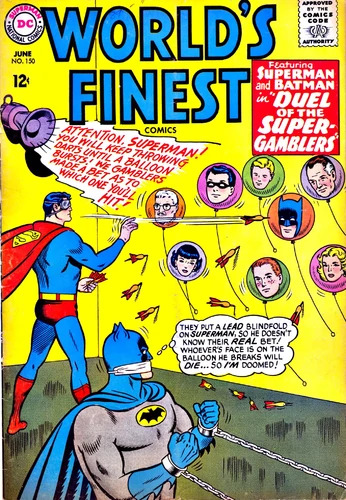 Villains pretending to be other Villains, Flash and Superman tying in a race once again, I am shocked. The one thing I don’t get is Flash’s not trusting Superman, just not consistent with their dynamic, I think. A fun tale regardless.

Sounds like more than one game is afoot here…

Is there anyone else equal to the challenge??

Flash does too, as does the Justice League. 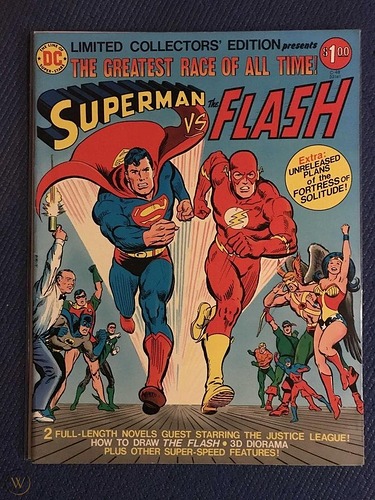 Jose Luis Garcia Lopez redrew the cover to Superman #199 which was the first race. 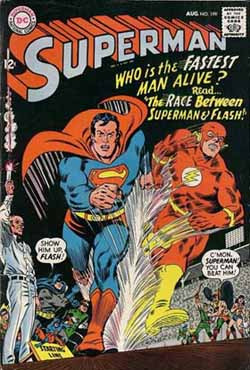 That cover was by Carmine Infantino inked by Murphy Anderson

Flash #175 was the second feature.

It was very unusual to have guest stars like this and even more unusual to get the whole JLA. The JLA is still in their secret sanctuary at this point and won’t move to the satellite for two more years. Honestly, they could have slapped Justice League of America #59 on the cover and it would have worked out just fine.

The story is a wonderful romp with hidden villains, outrageous attempts at scientific plausibility and the race. Of course, it ends in a draw, just like in Superman #199.

They could have put anything in those extra large length and width Collector’s Editions and I probably would have grabbed it back then. I still have several on a home office bookshelf.

Between those two covers, personally, I prefer the way Superman is drawn by Mr. Lopez on the Collector’s Edition, but I like the way the Flash is drawn and and the way his speed is portrayed more on the Superman cover. 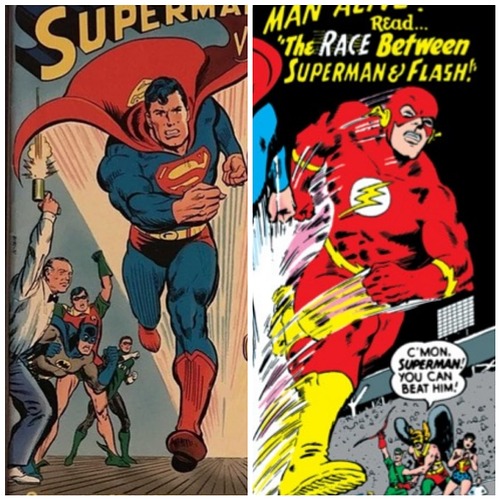 I really enjoyed this. I’ve always know about these races but hadn’t read this one. For a while I was thinking that I was reading an issue of the Justice League instead of The Flash. Good fun!

Half the comic did read like an issue of mid-1960’s Justice League, agreed. I had forgotten about them meeting in a mountainside cave at first, I’ll be curious to check how long that went on.

Wow, is there a lot of Silver Age chicanery to unpack here lol: 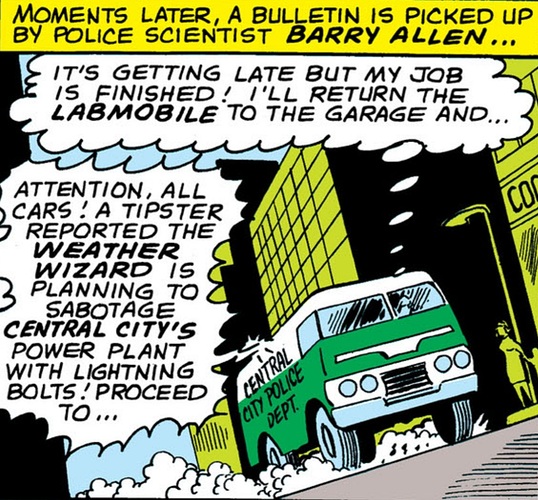 Flash had a “labmobile” back then? I"ll admit, around the same time, in the countryside where I grew up, we did look forward to the weekly visit of the Bookmobile. 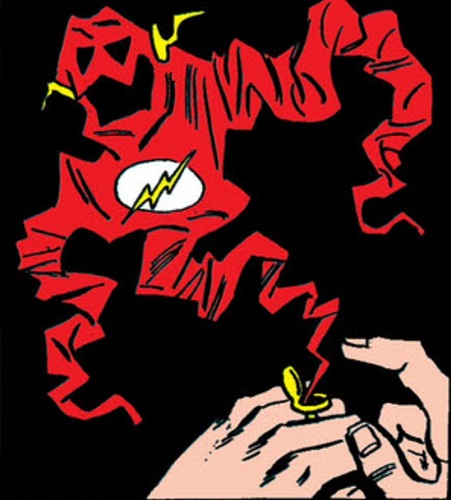 Seeing this ring uniform gag really jazzed me as a kid reading Flash in the '60s. But now looking back I’m thinking, 'what on Earth does bizarre expanding fabric technology have to do with Barry Allan Forensics or the Flash’s speed powers?" 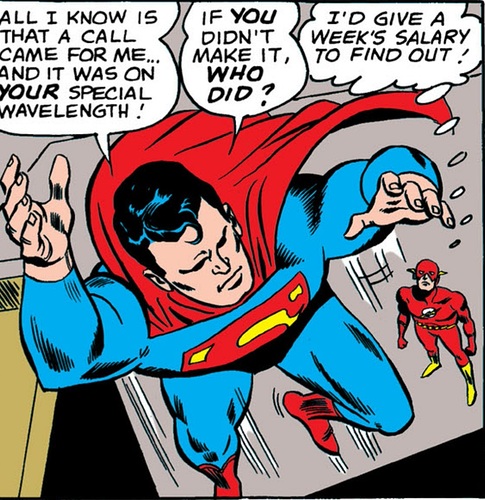 Note: I am not giving anyone a week of my salary to find out an intriguing fact. Nuh uh.

Hee hee hee, I LOVE strange inexplicable Silver Age Superman super powers like super ventriloquism.
This was still the age of puppets and ventriloquists, so this power was a lot more compelling and “commonplace” at the time. 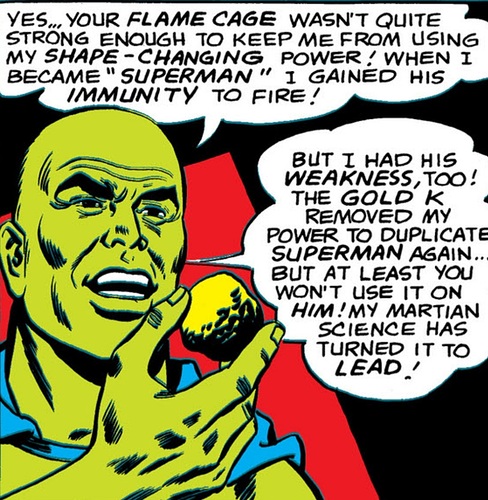 Manhunter, I did not realize that is how your superpowers work, noted… Or do they work that way now in our Modern Age? 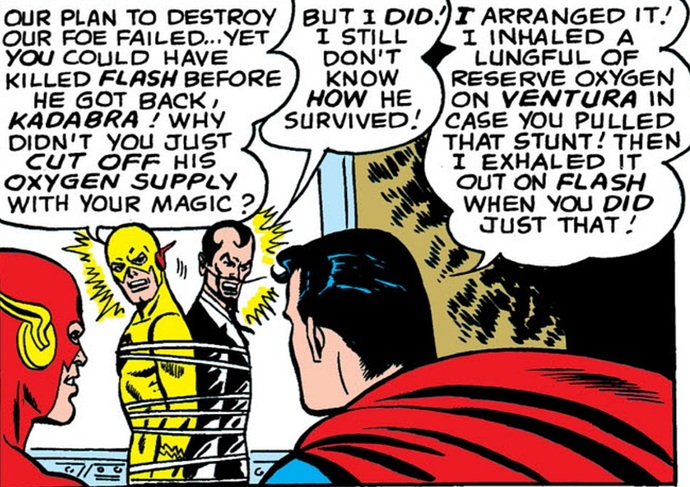 Y’all are right those are some awesome covers.

As crazy as the stories could get, I’m a sucker for a good DC Silver Age comic. Problem is, we need more of them digitized!

That is so spot-on for a lot of these stories, isn’t it?

I personally just love how bold the Silver age Superman and friends stories are with their sweeping crazy ideas that are supposed to be in continuity.

Yeah, I read that and thought to myself, “Uh-WHAT?”

And not only that, but if the power in the ring is depleted, where exactly is this reserve of extra power?

As I recall, back in the day the rings had a primary supply and secondary reserve in the event it’s depleted, the secondary reserve was to protect the ring bearer in hostile environments until aid could arrive, it would keep them in stasis for quite some time, perhaps he overrode the fail safe and was able to use the ring, or perhaps just bad writing.