[Superman Fan Club] PRESENTS: The Issue a Week of Superman Silver and Bronze Age Challenge of the Superfans! Week 3

[Superman Fan Club] PRESENTS: The Issue a Week of Superman Silver and Bronze Age Challenge of the Superfans WEEK 3!!!

Welcome to Week 3 of a very special challenge / contest for any who are brave and bold enough to join us in reading one single issue a week from the current digitized DC Universe Infinite collection of Silver and Bronze Age Superman and Family comics for 52 weeks! Wait, 52, 52…where have I run into that number before? 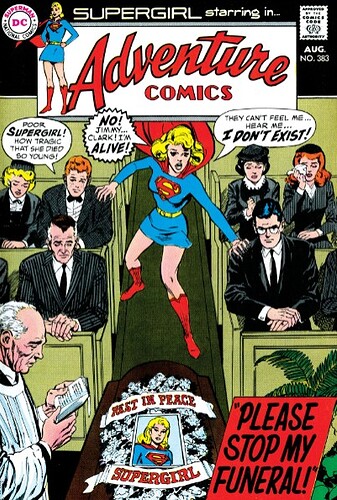 Note in the voting below when you have looked over this issue by noting “yes.” Your icon will appear so we can track who is the most SuperFan of all in the coming months!!!

Thanks for the tag! I’m jumping on this tonight!

Funny, I just read this a couple of weeks ago. the death of Supergirl was interesting! Especially the concept of positive and negative beings and what happens upon death, I’ve never heard that particular description before. As to the back up the transference of damage from Tony to Kara was an interesting twist on the loss of a power and someone gaining one.

For what we still have to read for Silver / Bronze Age, it was a toss up this week between three of the Supergirl series, this one won because it’s still technically Silver Age. Trippy story, eh?

The Beatles are about to make history by breaking up a few months after this issue was printed.

A child has a speck of dust in her eye? This is a job for… Supergirl!?!

By 1969, Supergirl is aware of enough shenanagans from the Silver Age to suspect this is a prank.

It’s been a while since I read this, so I couldn’t remember what the twist was.

A twist on the old alternate Earth tale from Robert Kanigher. The pencils by Win Mortimer are upgraded by the inking of the great Murphy Anderson.

An experiment to make people invulnerable, no disease, bulletproof police (and soldiers), sure what could go wrong?

It’s the old Corsican Brothers routine (or Tomax and Xamot if you’re a certain age), but it only goes one way. A solid gimmick for this sort of story. Nice to see Tony didn’t let his invulnerability go to his head.

We need more evil racketeers with deadly mazes in abandoned factories in comics these days.

One reader wonders why they didn’t rename the title from Adventure Comics to Supergirl. Another is mad that the Legion has been kicked out of their home. The Legion has moved over to the occasional backup feature in Action Comics. The cover goes from a larger Adventure sign to a larger Supergirl sign in about a year.

Both stories a little hard to swallow this time but I still enjoy reading more Supergirl.

This was definitely the very edge and tail end of the Silver Age!

The compare and contrast between the two stories in Adventure #398 is something.

@patterson65.37405 Let me know if you leafed through the first two selections, I’ll note it on our Mighty SuperFan Tracking Sheet!!

Adventure Comics #383, July 1969. I’m pretty sure that was the summer of Man landing on the moon, so no surprise this ends up here in the storyline: 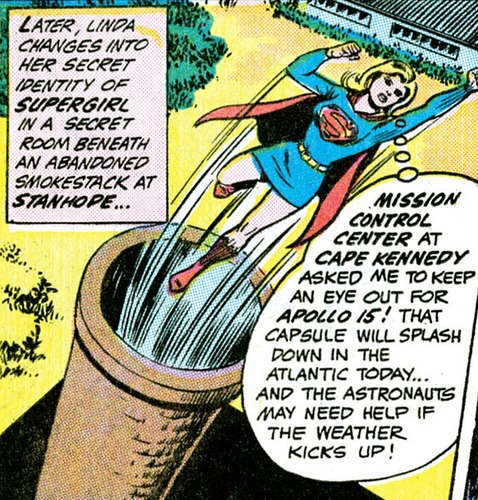 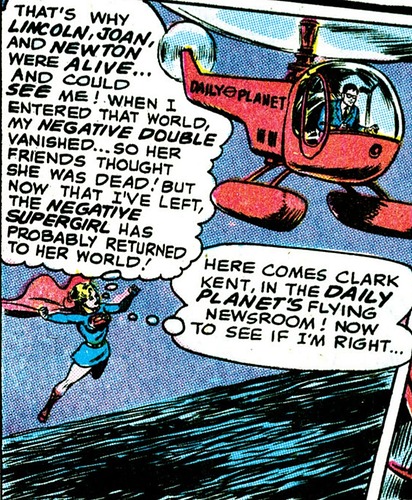 Wow, the Flying Newsroom shrunk…maybe it fell in the water too…

This whole notion of “negative people” "dead people being alive in the other universe" etc reminded me of …something while I read this, and maybe it was that equally inexplicable plotline last year for the CW The Flash lol…

I do love me some crazy Streaky action though, no explanation needed for this “action” sequence: 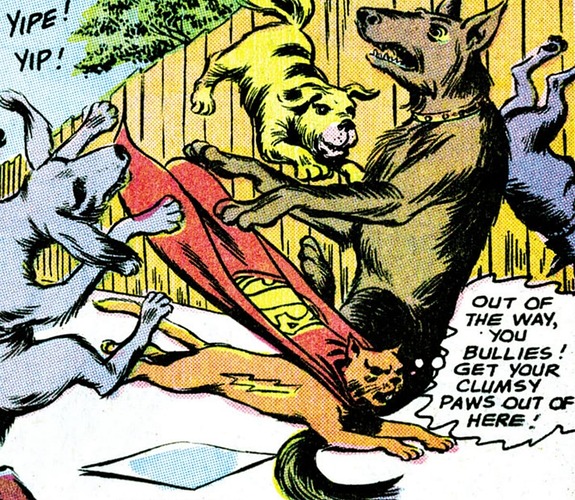 Concerning the second tale, definitely in line with a mid 60s comedy like Bewitched. But seriously, this scene is perhaps the most unreal:

Who in their right mind would do that is my first reaction…however, I do recall now some buddies of mine earning cash at the nearby hospital when I was at Eastern Baptist Seminar in Philadelphia (City Line and Lancaster Ave) letting them experiment on them.

Yes, I did read both stories. As previously noted, a bit far-fetched (they ARE about a woman who can fly and is invulnerable, after all), but still entertaining. And I very much liked the little twist in the first story which made it a bit more than most parallel universe stories (which I’m often a sucker for anyway).

Oh sorry I meant the stories for the two previous weeks

Anyone else want to jump on the Superfan train?

@Bar-El we left the weekly reading on simmer for you for when you can come back.

Trying to keep my head above water at work and then I’m fried by the end of the day! If everyone could just take time off for the holidays and stop bothering me…that’d be great.

I finally read it!!!

She needs a doctor not Colonel Sanders! 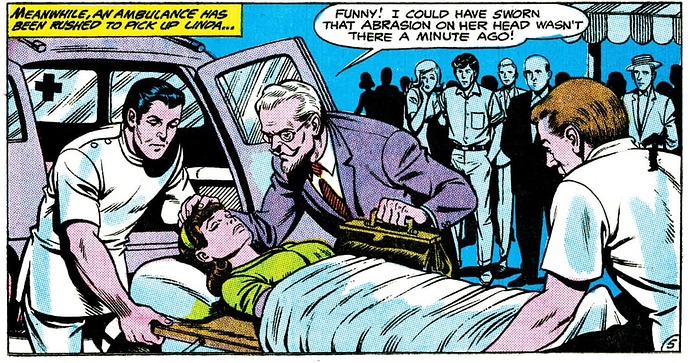 And look at that, he does look like Colonel Sanders there, my my my.

Absolutely only as you have time, please. I’m still two or three issues behind on the weekly 52 Club here.