Challenge of the Superfans Season 2 Week 6

Welcome to Week 6 of Season 2 of a very special challenge / contest , reading one single issue a week from the currently- digitized DC Universe Infinite collection of Silver and Bronze Age Superman and Family comic over a three month timeframe! 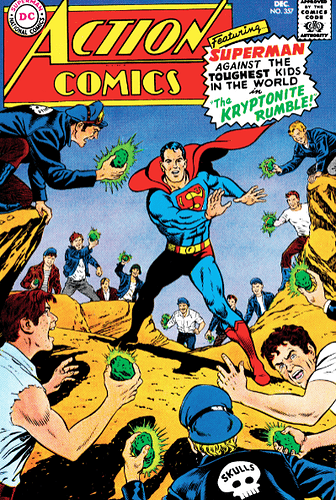 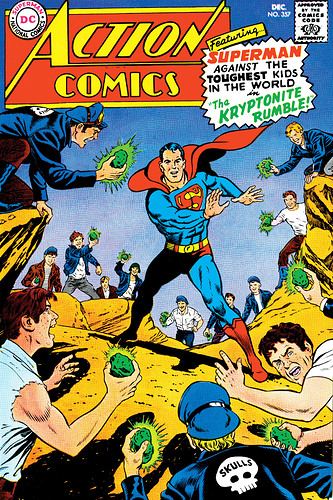 I had to double check the credits because this insane outing wasn’t written by Bob Haney it was Leo Dorfman. The family part between the foster father and sons villains really held the story together. Then we head off for a joyride of atomic destruction and Superman taking extreme measures to save America’s national treasures. Can we really trust the government with that much kryptonite?

This turns out to be the last lead feature Wayne Boring would ever produce for Superman comics. He did a few backups later on, but this was his swansong. There is an ad in the physical copy of this comic that mentions new artists and comics coming to DC in 1967. It turns out Wayne Boring was one let go because of demands for health and retirement coverage.

Well that’s a definitely sad story about how the wonderfully talented Wayne Boring ended his career with DC. When I saw Superman with that giant barrel chest, I knew it was Wayne. 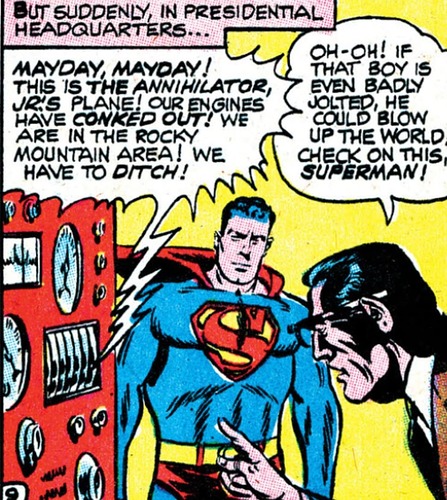 I also was fairly shocked by the piles of kryptonite in this story.

I love the dialogue in this issue, the Maynard G. Krebs/stereotype beatnik spik of Ahniliator Jr. and his gang, and that Superman still gets to be Super by almost doing nothing. Great stuff. I’ve always liked Supergirl stories where she figures out what happened on the second page and bides her time until the answer to her challenge is revealed. It’s so telling of the era in which the story that despite Kara saving multiple worlds every month, her focus challenge here is being secretly married.

It is funny that DC would emphasize the beatnik culture in 1967, 7 years after Maynard G. Krebs. That actor may well have been on Gilligan’s Island by then!

Those aliens in the second story actually spoke better English than Annihilator Jr.

Thank you Good to be back, especially when it comes to reading cool Silver and Bronze Age stories!

My head’s still spinning from the Supergirl story.