Just finished the Supergirl season finale and I know Legends isn’t done yet, but I don’t need to see it’s end to know that Supergirl had the best season this year.

Arrow had been running on fumes for some time, with the season- while not being as weak as seaosns 3 or 4- still never reaching the heights of season 2 or 5, and might be a sign that it’s end is probably due.

The Flash actually had its first bad season this year. Not to say Season 5 was Arrow S3 or S4 bad, but it’s the weakest Flash thus far, with a dull villain, and also being a goodbye to both Cisco and the Wells(s).

Legends is just a mess this season. The show and its characters have become complete flanderized beyond recognition and its nonstop camp is starting to wear on me.

Black Lightning’s only on its second season, but this one was not as good as the first and suffered from SEVERE pacing problems. I’ve honestly forgotten more than half of what happened this year, and its made reconsider bothering to watch the next season.

Supergirl, which was regarded to be the worst CW show- unfairly I might add- by many, surprisingly was the most watchable this year. I loved the inclusion of Brainiac 5 as a series regular. Normally politics can destroy a show, but Supergirl used them to its advantage in the best possible way. And strong villains like Agent Liberty, Manchester Black, and Lex Luthor make this the best season thus far on par with Season 2 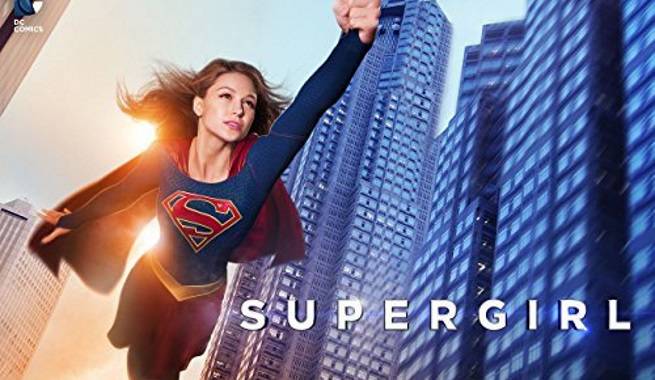 Supergirl season 2 is okay. Too many plot points with no clear endgame. Supergirl season 3 though was solid until the last three episodes. Season 4 though felt focused and had many bonechilling moments

I think Supergirl did good this year! I think it has a lot to do with the fact that it’s not another alien invasion like the previous seasons. Season 1-3 seemed to follow a similar formula and season 4 completely broke the mold. At first glance I found it overly political (which it usually is) but it all ended up into Lex’s end game. Great season!

Ya know… I didn’t know what it was about Black Lightning and u just nailed it. “The pacing” is a problem that I didn’t notice at first. But you are so right, now that I think about it.

I haven’t watched Supergirl yet… Its not really a OMG I HAVE TO WATCH kinda thing for me. I usually wait till it airs a few episodes and binge watch them all at once. Flash was alright… I really liked nora

…but that’s about it

Arrow is just…UGHH. It has so much potential and they flood it with these dull and recycled plots. ANOTHER Queen dead…i mean, why spend all that time building up Emiko and then kill her off? SAME THING WITH NORA. like… T_T

Notice how I didn’t mention Legends? ^^^ I watched the first season and half of season 2…and then I was just DONE with it. It has a whole new level of cheesiness that I can’t get with. Lol.

I disagree that Legends has gone downhill, I love Legends and do think that this season is not as good as last season, but still think it has been great and is my favorite of the shows this season.

Well you are part of a very small minority ^^^

But more power to ya! I guess I’m getting older and need more from TV dramas now.

Recently been watching Cloak & Dagger and The Resident on Hulu. My new mains!

I thought Supergirl Season 4 was good overall but I think they wasted some of the potential with Manchester Black and The Elite. They could have been an intriguing antagonist for Season 5 and there was plenty of material for a logical build to that point, while still having Black serve a purpose in driving Ben Lockwell over the edge.

I thought Arrow Season 7 was good overall but it lacked focus on who it wanted to be the chief antagonist. But they brought back some life to Team Arrow and the flash forwards were an interesting concept.

Flash Season 5 didn’t have a strong villain until more was made clear about Eobard Thawne’s motives. Might have helped if they made it clearer about how defeating Cicada was connected to Thawne’s agenda.

Legends Season 4 didn’t work as well for me. I think they went to the well once too often with involving magic – it worked fine in Season 3 but I hope they go back in the direction of them just trying to fix time and sometimes stumbling their way through it but succeeding anyway.

I thought Black Lightning Season 2 was decent but agree that pacing was a problem. Hopefully they can get more episodes for Season 3 because that might help. Seemed that series was sprinting too quickly to the finish and, if it had more episodes than it got, it might have been able to tell its tale more smoothly.

hard to argue that Sinatra and Motley Crue in the same episode is not the best finale of all time, but tonight’s Legends ender fulfilled and fomented everything fans love about it, including but not limited to the Monitor eating popcorn and Vandal Savage playing Jenga

I agree with DanTheMan1, Legends hasn’t gone downhill. It’s taken a different direction with magic, but it’s still fun! It knows what it is and isn’t afraid to dive head-first into the insanity.

I will say that Arrow wasn’t as engaging this season. Oliver was in jail for too long and once he got out, it seemed like there wasn’t much for him to do. I liked Emiko’s character a lot but then she became one-note, which was unfortunate because she had a lot of potential. If anything hurt Arrow this season for me, it was the flash forwards. The story wasn’t engaging, the sets looked like they were borrowed from The 100 and I did not like adult William or Mia. Too much time was devoted on them.

Black Lighting had some good moments, but I think it was said best by the OP in that it suffered from pacing problems. The show is an hour but it often feels like a slog to get through that hour. I hope next season with the Markovians picks things up.

I’ve already said how I feel about Legends. I enjoyed it this season. Adding in the magical elements (while still keeping time travel) was a gamble, but we got a lot of fun stuff out of it like Puppet Stein. How they dealt with being out of the crossover was hilarious. The only negative I have is Mona who got waaay too much time devoted to her. and that odd werewolf transformation.

The Flash…I’m mixed. I didn’t think Cicada was a good villain…either of them. Cicada in the comics was a cult leader which would’ve been an interesting route to go; fighting an army of people. Nora grew on me. At first I didn’t like her character and felt the writers made everything about her, but I think when the team learned of her connection to Thawne and then read her diary, learning her origin, I was on board. That video message she left for Barry and Iris was touching. I hope next season we get a stronger season-long villain.

I have to say, I respectfully disagree about Supergirl, though. This was not my favorite season. I often found myself mentally tuning out. I think it’s because they leaned so heavily on the political and social commentary. I know this show has had elements of it in the past, but they doubled-down on it and as someone who isn’t a fan of politics (no matter which side of the spectrum you fall on) or social issues, it just turned me off. I also feel like we should’ve gotten more of Red Daughter and less of Agent Liberty. The highlights were Melissa Benoist’s performance as Red Daughter because wow was she amazing! I bought her innocence and felt awful when she was being manipulated to be a puppet. Lena Luthor continues to be one of my favorite aspects of this show. Her conflict with trying to do what’s right while battling the stigma of her last name really came to a head this season, and what happened in the finale and her decision on how to handle it will be very interesting next season. And finally, Jon Cryer was Lex. I was skeptical like a lot of people but he did an amazing job. For someone who was only in the show for three episodes, those three ended up being my favorites. They reminded me of what this show could be.

@DanTheMan
If you are in the minority, you ain’t alone. LoT is great. It doesn’t take itself to seriously and there’s nothing wrong with that. Superheroes & humor go together. Comics are supposed to be fun. Serious doesn’t always equal better.
Not to say they Comics cant be meaningful , sometimes at the same time. And LoT isn’t “camp” comedy, it’s “screwball” comedy. I’m glad someone is taking a que from earlier forms of comedy. LoT has an absurdist, satirical tone, which I find very refreshing.

Flash is at the top of my list even though I thought it was a weak Flash season. It’s the only one of these I actually kept up with this year. I suppose, one of the others could surprise me as I make my way through them, but I have my doubts.

I agree with you about Supergirl. Granted, I am biased as Kara is one of my favorite girls and I’ve loved the series from the very first episode. However, I thought SG had amazing momentum this season and kept up that momentum with fail from episode to episode. The main plot worked into the emotional narratives of the characters very effectively.

Additionally, I thought the cast can completely came together in a very cohesive way which just added and moved the story as well. It was a classically “super” story of how an amazingly powered hero fought a villain that is more an attitude than it is a single, twisted villain.

I lost interest in Legends about 2 1/2 seasons ago. I love the character choices and the actors, but the Time Travel storyline is just old. And then we rarely see the heroes be the heroes. They are rarely in gear. And they’ve turned them into jokes. I’m glad they are dialing back on the cheese next season.