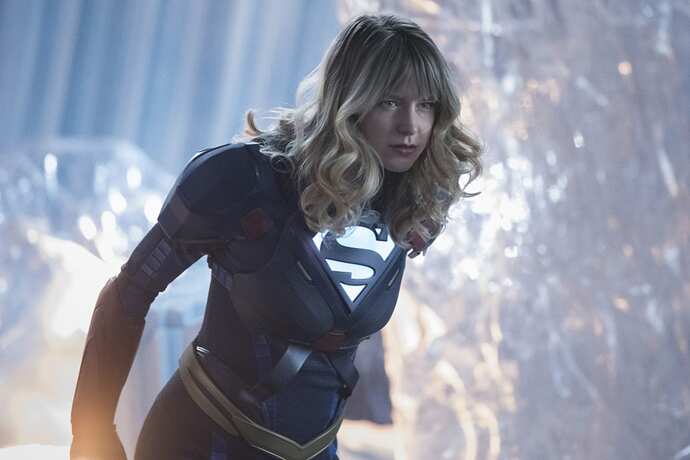 It’s been a long run for the Girl of Steel, but we’ve reached the beginning of the end of her very first TV show. It’s a sad occasion for the Arrowverse, but we’ve still got a full season left before Kara Danvers and the rest of the Super Friends depart our screens, and it all starts right here with the season premiere of Supergirl.

This week at the #arrowverse-couch-club, we’re taking a look at the season 6 premiere: “Rebirth,” as Kara and Co. look to stop Lex and Lillian Luthor from remaking the universe in Lex’s image.

Though this will be the show’s last season, it will still have a full 20 episodes for its final ride, and these initial episodes will be dedicated to wrapping up the storyline from the end of season 5 that was cut short due to the COVID-19 pandemic. The show’s writers have teased this season’s theme as focusing on power and its abuses, and after giving himself superpowers for a third time, it’s safe to say that Lex Luthor has plenty of experience with abusing great power. But Kara wont’ be alone in trying to stop him, as her sister Alex, Lex’s sister Lena, Nia Nal a.ka. Dreamer, Kelly Olsen, Brainiac-5 and the Martian Manhunter a.k.a. J’onn J’onnz will all be along to try and stop this megalomaniac once and for all.

If you’re not yet a member, be sure to join the Arrowverse Couch Club! Along with Supergirl’s return, we’ve also got new episodes of Batwoman and The Flash along with the backdoor pilot for Painkiller, the planned Black Lightning spinoff, coming up in mid-April, so we’ve got plenty of material to break down and discuss in further detail. Click here for more information and here to join!

Only 5 more days until Supercorp comes back to us

I assume anyone can join the watch long whether they belong to the club or not?

Yep, anyone’s free to join in! And if anyone wants to join the club afterwards, that’d be pretty cool, too

Just one more day until the watch-along! The link to watch the episode on the CW’s website has now been updated under “How to Join,” so you should be all set to begin right on time!

Just under an hour to go! Make sure you start the episode a bit early on the CW’s site or app, let the initial commercial run and then pause so that we can dive right into the episode at the start of the hour!

Brainiac not looking too good

So her dream self can become solid?

It’s definitely a new power. Astral dream projection, if you will

Two martians are always better than one in a fight

Until 1 of them has to dip

Is there a name for Super Girls sister new super human identity?