What did you guys think of the finale? Do you think Supergirl suffered the Season 4 curse? Be warned there will be spoilers in the comments for Supergirl Season 4 so please if you haven’t seen and plan to watch it, don’t read the comments! 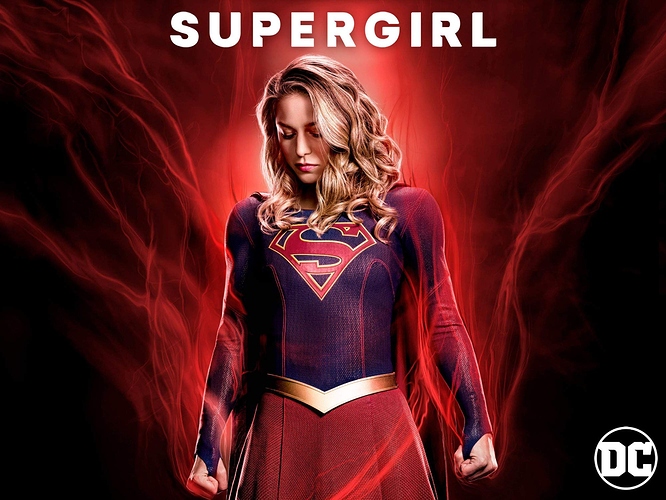 I liked it. Thought it tied up all the narrative threads nicely. I think Cryer is my favorite live action Lex, by far. Couple of good battle scenes always help. Minor quibbles:

I didn’t catch the finale, but I’ll check it out when the season hits Netflix.

Hey Vroom, that’s coming from someone that’s never watched Smallville (long story). So yeah, between Cryer, Hackman, Spacey, the dude from Lois & Clark, and Eisenberg, Cryer would be my pick.

@moro Jon Shea was the L&C LL. Far as I recall, he had hair that wasn’t a toupee.

Whenever you get around to it, you’ll like Smallville I bet.

Spacey deserves no praise. Cryer was a much better Lex Luthor anyways. In my opinion he is the best Lex Luthor so far besides Clancy Brown. The season for the most part was good. I think it balanced well despite being a political heavy show. I think it was good on them to show that both conservatives and liberals can be good people rather than just making the conservatives pure villains. They showed that aliens can be just as bad as the humans. I do wish they hadn’t wasted Manchester Black like they did though. I felt his death was very anti climatic but I am pleased to see J’onn has embraced his Manhunter side. The ending of the episode was mostly setting up for Crisis of course with Monitor showing up yet again and twisting the hands. I think these next episodes of Arrow, Flash, Supergirl, and Legends are really going to be all setting up Crisis more than anything and then after then after they’ll probably have their main season villains really introduced after Crisisz

Overall I think this was one of the best seasons especially in the back half and I don’t think it followed a Season 4 curse. I think more than anything the Supergirl season curse really happened around season 2 and season 3 and while I did like the show I think the transition from CBS to CW really put a shift in the show’s goals and skewed its purpose, but I think for the most part Supergirl has been really getting good. I (hope) Batwoman learns from what Supergirl has done though and ends up being a better show than where it seems to be going.

I enjoyed the finale, but overall I would say this wasn’t a strong season. Before I get into that, I’d like to highlight the good:

-While we didn’t see a lot of her, I really enjoyed Red Daughter. Melissa Benoist made her feel like her own person, which is hard to do when you have a semi-clone thing going. The episodes when we got to see who she was and what she went through were some of the best parts of this season. I knew Red Daughter was probably limited to just this season, but when she was on, you paid attention.

-Katie McGrath as Lena Luthor was spectacular this season. While there were some road blocks with the whole Jimmy subplot, when she was away from all of that and especially her scenes with Lex and her mother, I felt like Lena was one of the best strongest characters on this show. And now that she knows (which I assumed she knew all the way in season two) and that she’s chosen to not tell Kara, I think it’s gonna make for some amazing stories next season.

-Jon Cryer as Lex Luthor. I was honestly shocked when he was cast. I get it…he was Lenny Luthor in Superman IV, but when his episode came and he showed his true colors, my jaw was dropped. His three episodes this season were hands down my favorite.

-Alex losing her memory. I understood why they did it. There was actually a good reason, but that subplot went on way too long!

-Manchester Black could’ve been a season-long villain in his own right. Instead he got wrapped up in the overall story and by the time of his last appearance, I just didn’t care anymore.

And the big one: the heavy emphasis on social and political commentary/issues. I know there’s been an element of this since the show started and for the most part it’s been well done. But this season…wow. I should note when it comes to politics and social issues, I’m pretty much neutral, which made all the heavy-handedness of both sides of the argument a bit of a slog. For me Supergirl used to be one of the fun superhero shows. This season it seemed like they were more interested in tackling a multitude of current events than they were telling a superhero story.

I hope next season we can go back to the fun superhero show it used to be–especially with Crisis on the way.

Overall I think it was a good season. I would’ve liked to see Brainy be “free” longer than he was though. Cryer was phenomenal as Lex. I loved the relationship between Lex and Lena. I feel that Olsens character has ran his course though.

@GAHarris5 tell me about it. Jimmy hasn’t been useful since season two. I never bought into him becoming Guardian

I was skeptical when Jon Cryer was announced as Lex, but he knocked it out of the park. Lex and the Luthor family drama was definitely the best part of this season.

I finally finished the season.

My favorite episode was the one that focused entirely on Red Daughter.

I really loved Alex this season (the near-adoption scene almost made me cry, it was an excellent performance IMO). Lex was ok. Brainy figuring out love was fun. I liked Dreamer and loved her costume. Lena was amazing, I don’t want her to become a villain.

The political elements were really good and the viewership numbers were up. That shows they resonated with their core demographic and acquired some new ones. If you’re going to explore sociopolitical themes, get a POV, grab it by the throat and don’t let go.

The instant adoption storyline was not needed. It was way to telegraphed and how that was going to end, so it had no tension. Yes Alex & Jimmy’s sister got their emotional bonding on, but there were so many ways they could have done that.

Lex was pretty bad and not menacing at all. Ms Tesmocher had a good arc though.

They really need to get brainy out in the field more. Using him for levity is a fresh change.

Very glad they introduced Dreamer. I was always a fan of LoSH Dream Girl character. It adds a good power set.

Kinda disappointed they didn’t make Manchester a big bad meta. The entire Elite could have been a longer term perhaps even season long villain group.

Jonnz arc was good, glad to see him embracing his true nature as well.

I think Lena feeling hurt and betrayed will be the big emotional subplot for next year. (Like The Alex memory wipe was this year) I don’t think she’d work well as a “big bad”.

Certainly much better than the “Reign” storyline last year.

I had been waiting for Lena to find out Kara was Supergirl somewhere in the middle of the season. I forget the episode and some critical details, but the jist is Supergirl suddenly appearing to save Lena et al in a Lena controlled/owned building under some sort of lockdown. Because what stuck with me was Lena obtaining security footage of Kara chaning into Supergirl to be all super. So instead, evil Lex had to be the spoiler because he thought it would be mean.

when kara finally approaches Lena, it will likely fuel most of the emotional drama at least for the first half of next season. Because there is the Crisis event that may or may not change anything.

Finally, I really liked the anti-alien sentiment. And that we can add Roach to the list of alien slurs, albeit fictional ones.