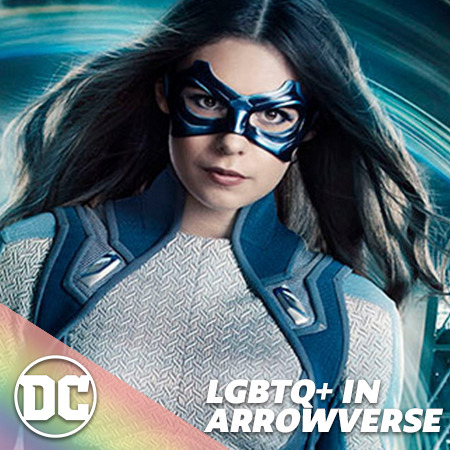 Though Nia Nal had already been an established presence in National City after the first half of Supergirl’s fourth season, it wasn’t until this installment that she would truly make history.

To help wrap up Pride Month, the Arrowverse Couch Club is hosting a watch-along for the episode of Supergirl that saw the full debut of TV’s first transgender superhero: “Menagerie.”

At this point, Nia had appeared in 8 episodes and was quite acclimated to National City, even discovering Kara’s identity as Supergirl in the previous episode. That affair was a huge turning point for Nia, as she had to endure both the death of her mother and a transphobic confrontation from her own sister. And while she remains haunted by her mother’s death, Nia ultimately came out from that experience with a clearer sense of how to utilize her dream-based powers, especially after getting her superhero costume at the end of that episode.

She’d get the chance to put that to use pretty quickly, as she suits up here alongside Supergirl to take down Menagerie, a jewel thief who was bonded to a snake-like alien parasite and would go on to join Manchester Black’s vigilante team, The Elite. While we knew even before the season started that Nia would become a hero at some point, this episode is still historic for finally showcasing the first transgender superhero on television. It truly helped to further cement Nia’s place in LGBTQ+ history, as she continues to be an icon and a source of hope and inspiration for fans all around the world.

If you’re not yet a member, be sure to join the Arrowverse Couch Club! Though Pride Month is nearly over, there’s still plenty of weekly material to discuss. The fast-approaching season finale of Batwoman will cap off quite the eventful season, new episodes of Legends of Tomorrow, Superman & Lois and The Flash, including the latter’s upcoming 150th episode, are still going strong and Supergirl and Stargirl are also set to return in August. Click here for more information and here to join!

Just about 8 hours until we kick things off tonight!

The episode entitled Menagerie is episode 12. Do I go by the title? Or no…

Dammit, you’re right. Not sure how I missed that, but yeah, this is for episode 12 of season 4. It’s edited on the post now. Thank you for catching that far enough before this starts

far enough before this starts

Still, it’s just in time for the banner going up, so it works

Not quite! We’re actually starting at 9:30 tonight

All good. Still less than a half hour to go!

After this, I will be finishing Instinct. Then after the late night, it will be this week’s Couch assignment.

My last countdown was calculated off of the wrong time, but I will not be editing it.

Let’s get this started. Dream on!

I was surprised they didn’t reverse Alex once the truth teller did its thing. Or was there a threat of being tested randomly. I didn’t get that impression.

my only experience with manchester and company is only from the Superman vs the Elite movie.

Or was there a threat of being tested randomly

Yeah, they had to make sure Haley wouldn’t just drop by and that she’d be fully out of the picture before restoring her

Nothing like marshmallow roses to help make a superhero feel better

Nia just tricked a 12-level intellect into a date. Gotta admire the brainpower