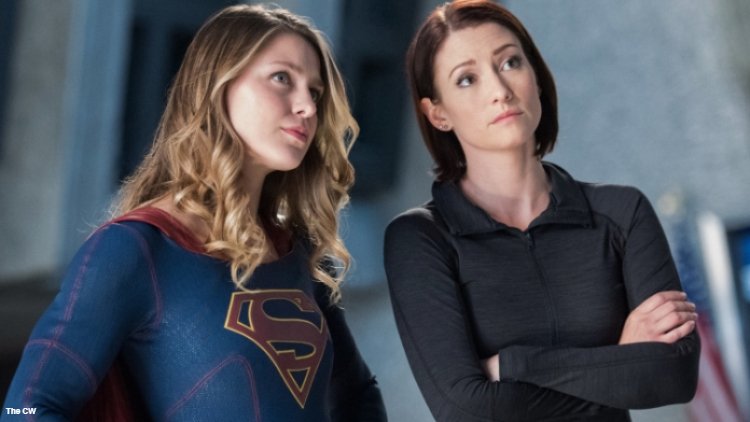 Upcoming 'Supergirl' Season 6 Will Be Its Last

The LGBTQ-inclusive Arrowverse show will be bowing out after this upcoming season.

The show hasn’t been the same since the middle of season three. In fact, the last two seasons were a bit of a chore.

That being said, I’ll be sad to see this show go. It was great getting another Kryptonian in a long running series. I love the Danvers sisters, I love this take on Martian Manhunter and they’ve managed to really do something with Lena Luthor.

I didn’t watch the show but as a rule, any show that goes beyond 5 seasons had a good run of it and most shows shouldn’t go beyond 7 seasons. You want to end on a high note.

I hope we see Jon Cryer’s Lex Luthor in Superman & Lois. I love what Cryer did with the character and it would be fun to explore his history with Hoechlin’s Superman. They were in a scene together in Crisis but didn’t interact.

Benoist made an awesome Kara. That was the only arrowverse show I was currently watching. Six years is a good run, and given the way the streaming wars are changing the tv landscape, I’ll be surprised when shows go past five seasons going forward. It’s nice when shows get the chance to go out on their own terms.

Agree with this, also add the Jon Cryers addition as Lex really boosted the show for me. So, congrats to Supergirl for a nice six year run.

Saw this earlier sad to see it go. Really like the show introduced me to a lot is SG stuff and Superman stuff for that matter.

Also it brought Manhunter my second favorite DC hero in it. Didn’t see him coming at all when the show announced that was awesome™

. Hope he doesn’t die and gets an ice ending. (Maybe a spin off or join legends

Definitely one of my favorites Lex’s with Cryer. Hope some of these characters pop up again either in crossovers or S&L.

Definitely hope that happy with Supergirl.

On the bright they get a chance to go with a bang and not a surprise cancellation. Definitely sounds like an awesome™

final season. Wonder who will return?

A lot of those characters will likely appear in Superman. We know SG’s Manhunter is a direct friend of Clark’s and thus there is a high chance of them hanging out.

Just realized this too. They announced it on Surpergirl (the character not the actors) birthday.

the irony(is that I irony. I think it is).

They sort of had to end Supergirl once they decided to make Suprrman.

The reason is that they couldn’t come up with any content for Supergirl.

Literally all of her main storylines were ripped right from Superman then just gender-flipped.

That bit with the Black Mercy plant? Direct taken from “For the Man Who Has Everything.”

Manchester black? Adapted from “What’s so Funny About Truth, Justice, and the American Way?”

Supergirl should’ve been the story of a high school girl navigating her life on an alien planet and struggling to fit in. She’s the same age as Stargirl.

They bombed so hard trying to turn Supergirl into “Superman as a girl.” That they lost sight of the Supergirl character.

I hope they get to go out on their own terms. That’s the main thing.

And I also hope Superman and Lois gets to establish its own identity as a show before characters from Supergirl start showing up. Would I love to see Kara, Alex and J’onn show up? Of course! But I also hope they don’t overstay their welcome.

Just to prove my point:

This is what Supergirl is supposed to be: 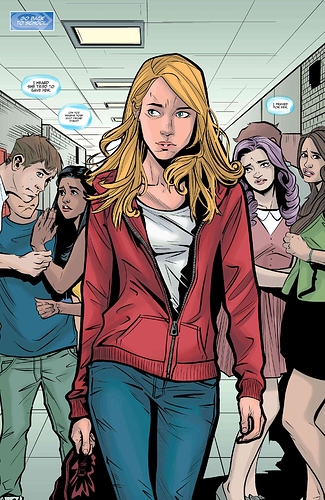 I’m sad to see it go but excited to see what they come up with for the final season. I think Melissa has done an amazing job and the rest of the cast has been great. They made great casting choices and included fun characters I hadn’t gotten the chance to know before (brainiac-5, dreamer, Lena).

With Superman and Lois I hope they leave the door open for characters to come in but we’ll have to see how they end it. In JLU she went off to the future, a place she was more at home, but I don’t see that happening with this version. Death seems unlikely (and rude!), but we’ll have to see the direction they go.

6 seasons is a good run. And having 20 episodes to wrap up your story is pretty generous. Glad Supergirl has the opportunity to send itself off right.

I mean, sad, but at least we get a Season 6. It could certainly be worse. And the nature of the Arrowverse is that cameos are always a possibility.

If only they had comics to base Supergirl stories off of!!!

I only watched the first season but that’s interesting that they took those Superman stories + characters. The well of iconic stories or well-known characters would’ve dried up quicker if they had Supergirl and Superman on t.v. for multiple more seasons.

It would’ve been cool for Supergirl to have started off like Stargirl and see her grow to the point that she becomes like a big-sister or mentor for Stargirl.

The show gave us one of the best and most emotional coming out stories with Alex. We finally got an amazing trans superhero. All of this is very important and much needed!

I’m sad to see it go but so proud of everyone for six amazing years! And yes, Melissa is my Supergirl forever. She is pure love.

So I haven’t gotten on this app in like over a month, but the news of Supergirl ending makes me really want to cry and I guess I just needed to know I wasn’t crazy to feel like this because I’m losing my favorite show and figured certainly someone here would understand that feeling of loss for something so intangible.