Your right, at 1sr he was a human made to look exactly like superman, his body work as close to a kryptonians as possible, and used the bio aura around supermans dead body to create a controllable TK field for him.

Then Geoff made him half

I just fan fic it into his kryptonian powers were all dormant, cause kryptonians get their powers in their early teens (possibly), so kon being half migjt get his a Lil later, but he still got them all.

And just because he got all the kryptonian powers, doesn’t mean the aura/TK field around his body went away, he still has control over it, so he should be using it

I’m not up to speed since he returned to the universe. Since this is the version of him from earlier, does this mean he’s human with Kryptonian powers? Does his present story include the Johns retcon? I’m so confused about him now.

I mean… dude was transmogrified to Gemworld while Dr. Manhattan changed the universe. So, there’s that. I imagine some amnesia is to be expected.

Yep,when he talked to superman at the fortress he really did seem to not remember a lot. 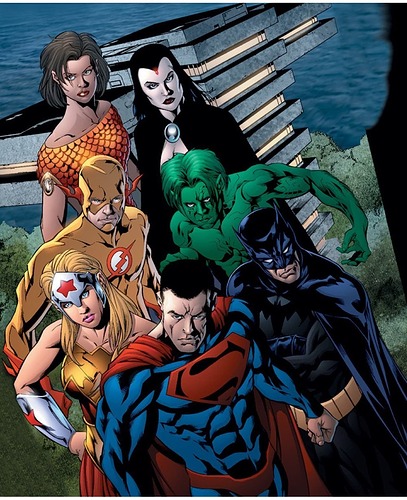 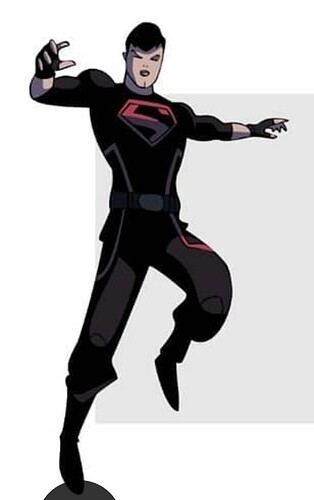 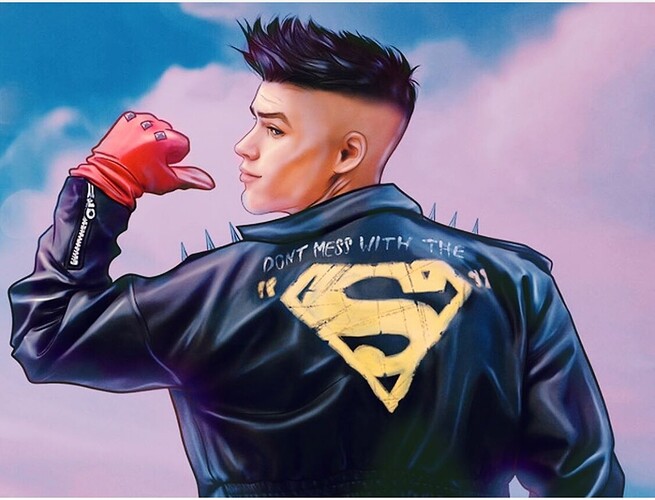 If Conner ever becomes superman or a superman I want him in thst titans of tomorrow suit, thst thing is the most perfect thing I have ever seen, nothing else is even close.

It does. It’s mentioned a few times in the Bendis run of YJ.

I didn’t read that past the first two issues. I’m not a big Bendis fan.

Which is very fair. All it really does is introduce a few new characters, let us know things are happening on a few other Earths, and explain where Kon has been this whole time and why people don’t remember him.

Honestly miss Superboy and the Ravers

I said this in the other thread but I really hope they put Conner & Cassie back together again. They are one of my favorite couples in comics. It was a huge miss not making him and her the new Superman and Wonder Woman and not to mention if DC really wanted a Superman/Wonder Woman comic they could’ve used Conner & Cassie for it and it would’ve worked and not felt forced.

Honestly do think it was upsetting that the established legacy heroes didn’t become the new Justice League in future state.

It is annoying that DC has put focus on the new characters and expect people to love them immediately to become the next Justice League.

Connor Kent Could have became the mentor to Johnathan Kent but no, Dc comics wants to avoid the work of legacy heroes and just have them already.

To me Conner could’ve mentored Jon or Clark could’ve retired and mentored Jon and you could’ve had a Superboy (Jon Kent) comic based in Smallville and Conner as Superman in metropolis or elsewhere. Hell it makes more sense for Lex to be Conner’s enemy than Jon.

The new 52 TTK was a great display of how far they could take his power if they wanted to. Consciousnessly controlled TK, so he has to focus to make himself invulnerable is a great way to give him a flaw while using a immensely powerful ability. I loved that he could sense everything around him on a micro vibrational level thst his mind could understand. I also loved the touch scan he had, could use that to search thru buildings or breakdown the contents of a drink.

I am a big fan of bringing back all his old friends and settings, the ravers were a great idea, and they don’t need to make it a hangout or party thing now, it could be just all thr characters needing to get together to do something.

It’s a toss up between Cassie and Megan for me, I liked Cassie in the comics, kinda like megan on the TV show, but really liked her in the very short lived Smallville season 11 titan issues

Yeah DC really ticked me off when they ruined a great opportunity to have Jon be the superboy and have him do the hero stuff in Smallville, while Conner fills the big shoes of Clark’s, Conner fits in so well in a urban area with a lot of stuff going on around him. Oh and don’t get me started how they had Jon out maneuver lex,I was thinking the whole time that that should be kon, he never really got to do anything with lex, besides being mind controlled for a couple issues years ago, pretty shitty Geoff goes out of his way to retcon lex into kons origin but does zero with him