This can be a place to discuss all things about Conner/Kon, from any form of media, and in any version which used of him. 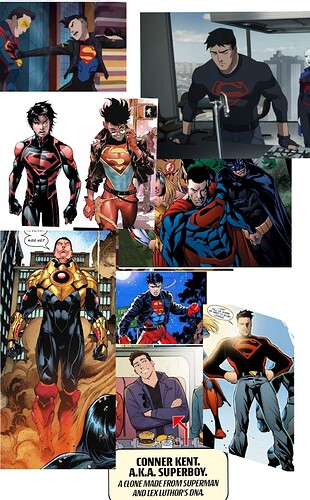 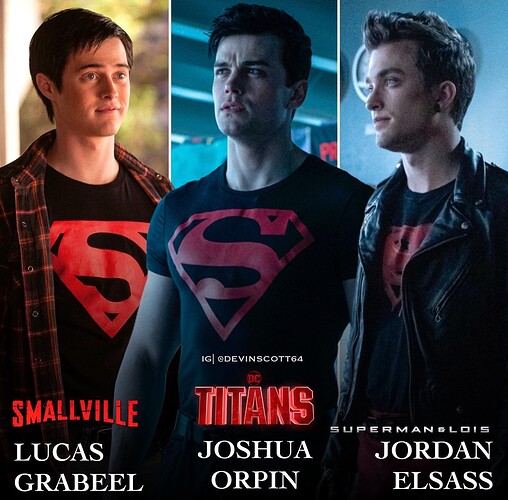 Honestly, Lucas Grabeel’s portrayal of Connor is one of my favorites. Smallville really was perfect, especially when it came to characters like Kon

I remember rewatchibg that episode over and over again, as a SB fan I was so happy then. Now we have Josh over on Titans, the show might not be perfect, but his unique portayal is great.

BTW how you feel about the Smallville season 11 version of kon?

I haven’t started the comics yet unfortunately, but I intend to by the end of the month

I need to learn more about Conner. How he got his names, why his looks changed (along with his personality). Aside from Death & Return, I just haven’t read a whole lot of comics featuring him.

You will like it,it was gone way before it should have been, one of the best incarnations of conner easily

Kon-el came from superman, he gave him the name after he took a trip into Kryptons past thru fortress VR, and was given the name of someone who was adopted into the El family back then.

Conner was actually 1st used before Geoff got to use him (about 2 months prior) when Batgirl visited him in Smallville. It was his human name, his Kent name.

He wore the supersuit Cadmus put him in most of the way thru his orignal series run. He just slapped a jacket and glasses on it and was super confident, I mean you would be to if you were the clone of superman (course that didn’t stick). He was young, very much a Lil ■■■■ of a character(with a heart of gold of course). Geoff made him more stoic, mature,less of all his orignal traits. He treated him like a kid who was training to be superman, but still had a few issues to work thru.

I’ve read every single thing he has ever been in and it’s made me a better person, it’ll do the same for you lol(I kid).

With all the different versions of him in comics or on your tv it’s hard to pinpoint exaclty who and what he is, but personally I see all of them as the exact same person, I can see it so clearly.

What a nice writeup! Thank you

Confirms what I felt all along, what with the different incarnations of him. A bit embarrassed as a Superman fan to admit that there was a time when I thought the stoic version we see in Young Justice was a different character altogether from the 90s comic version.

It’s more thst they started his “story” on the show at a different time in his comic history (age and look of geoffs TT version) and flipped his powers starting with kryptonian powers not TTK, which he slowly got around that same time. I see the YJ shows and the comic versions as alternative versions of each other.

I see the end result the same (even though on the show we will never see it, because Weissman won’t allow it) thst kon will have the kryptonian and TK powerset, while wearing the black and red S with the leather jacket and gloves looks together.

I’ve been a Superboy fan since he was introduced. In fact, the Death of Superman and Reign of the Supermen are what got me into comics as a kid and Superboy was the first ongoing series I collected.

I’m excited that we’re getting the Dark Crisis: Young Justice series and (very likely) the Superboy: Man of Tomorrow solo. With Jon’s introduction and aging up, I thought Conner’s time was over. Thankfully, it looks like I was wrong.

Oh hey, thanks for making this thread!

Love to see our boy get some appreciation.

(That said … I actually know fairly little about him, but am confident he’s my fave of the SuperFam, haha.)

This is a nice thread. I like this thread. Good thread.

I 1st got into comics back in 92 also, I saw on entertainment tonight they were doing a piece on the death and reign of superman/men and I ran to my LCS. 1st thing I saw when I got there was a huge post rig the 4 Supermen and thst was that, I was hooked, been ever since.

I’ve stuck with SB thru all these years and all the changes he has gone thru and still here, still being a super fan lol.

Can’t wait for dark crisis YJ and SB man of tomorrow, hopefully it’s all about him growing past where he was, is, and moves him in forward in a way that lasts for years to come

Reign of the Supermen
Superboy original series
YJ orignal
Teen titans geoffs
Then on and on. You can even read Smallville season 11,injustice, YJ tie in comics for the show,

There is way more, but that’s a “start” lol

If you want a good introductory read, you should read Young Justice from 1998-2003. That’s probably my favorite comic version of Kon-El, though im sure several people will disagree.

Awesome, thanks for the rec! I’ll have to check those out here in the library.

I’ve been wanting to get into YJ for a good while now to be honest. I’ve read a few scattered comics but nothing in concrete order – I think my last run-in with Conner was in the 2019 run.

Oh it is, and it’ll keep being because I will keep adding to it and hopefully others will too. Any and everything kon/conner should be posted here, no matter how small or big 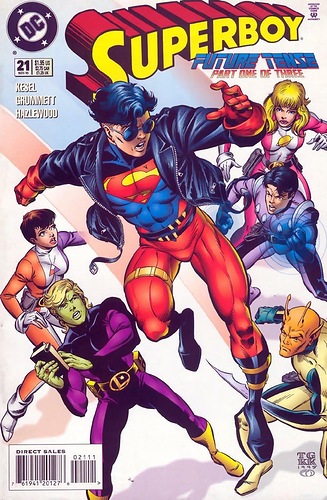 Aw yes, I did see him in Titans S2! His portrayal was very endearing.

I’ll need to do some backreading here to get to those early parts (presumably his debut?) with that cool costume too. I was really excited to see it again since it’s my favorite of his; I love the flashiness! 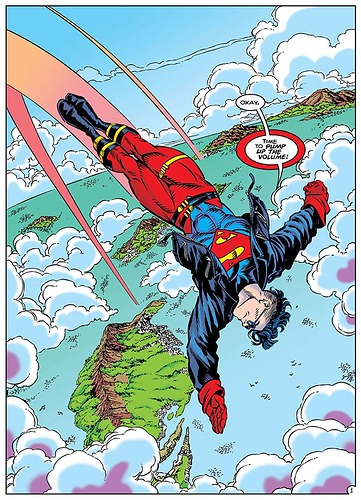 Adventures of Superman 500 and 501 are where to start!