A genetic mutation that allows an ultra-sensory capability. While I don’t watch it, Stan Lee’s real-life superhero show is a good example of how sometimes what seems fictional can be realistic. Another example is the genetic makeup of ants. We don’t say ants have superpowers, since all of them (not fully tested) can lift approximately three times their body weight. Yet, we would say a human who can do that is superhuman. For all we know, a genetic marker similar to ants may have been found within their DNA.

I see value and attribute differently. I see values as virtues, the qualities we can learn and display that come from our heart. Attributes are our skills or talents that utilize more of our brain to help us in a career/job.

I see superpowers as anything inhuman. Mr.Freeze only being able to live in sub-zero environments is a super power in my opinion, just a really bad one.

You will eat crow when global cooling brings the next ice age. Mr Freeze will be seen as a god.

Mr. Freeze is inhumanely strong too.

I mean that’s more the suit than his powers isn’t it?

The suit triples his strength, but in Subzero he outswam a polar bear without the suit.

Then where are my bat based powers and my green Lantern ring?

You must not be pure then lol no offense

Sorry I have been brief with answers over the last week/week and a half. Work has been extremely busy and I have had little time. Thank you all for your patience and kindness. I see that this topic has caused a lot of discussion/debate which in turn creates a lot of talk and thinking. This creates a lot of imagination and creativity. Super powers and hero/villain values are at the heart of the comic world and flow like blood. Because of this, I have decided to change the topic to create a more open discussion/debate. Any and all answers are right based on one mind’s eye. Seeing your perspectives influencing each other drives the world full of imagination and creativity. You guys are great! Let’s continue this thread. I will be on again sporadically this week as I just found I am in for more over time. Thank you all for your help in leading this discussion.

Function powers are basically all powers that are considered manipulations. Manipulation means “to manage or influence skillfully”. If you look at powers from this angle, the list can be infinite and ongoing.

Break in discussion-Everyone can be a hero and everyone needs a hero ! If we have the willpower to endure and persevere, we can overcome obstacles, look past failures and flaws, and become the one to be there for those that need hope and the ability to see a new dawn.

I have the will power. Now where is my star heart? 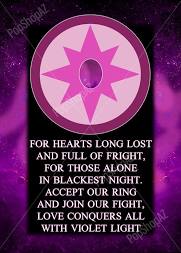 Mechanism powers basically are powers centered on manipulating the inherent laws of reality. These include physics-related manipulations; perhaps the Flash would be a user of such as he is able to manipulate space and time through his speed. Can you name others?