In Super Friends issue #3, there is a villain called Spectrum and I believe the other villain is called Negative Man. Atom also appears in this issue. If you read it carefully, its like reading a comic book version of a lesson on light. First, you are introduced to the principle of refraction then you are also introduced to the fact that x-rays can " fog" a negative photo. Its ironic that Atom appears in this as one theory of light references to atoms. The Super Friends series was not just entertaining but also educational and moral as well. 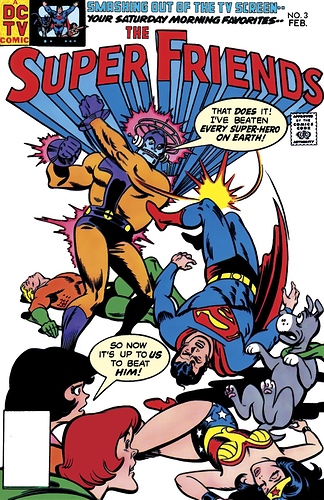