Join us Sunday @9:30am PST/12:30pm EST for an investigate Watch-Along of Watchmen, where we ask the question: Who Watches The Watch-Along?

In honor of the critically acclaimed release of the HBO series Watchmen, we’re going to be celebrating Community Week with a Watch-Along of Watchmen (2009), complemented with our own mysteries to solve in the form of a SCAVENGER HUNT!

Come for the movie, stay for the scavenger hunt fun! It’s time to put those

to the test to find some hidden easter eggs, and try your hand at our trivia questions! The one with the most points might receive a nifty prize after!

SCAVENGER HUNT RULES:
Trivia Questions:
The FIRST person to answer each question correctly will get the point. We’ll be asking them throughout the movie, so keep those eyes peeled, and your minds sharp!

Easter Eggs:
Participating’s as simple as giving a shoutout in the comments when you see one! I know where they are, so the first 5 people to respond at the right time will get a point each. 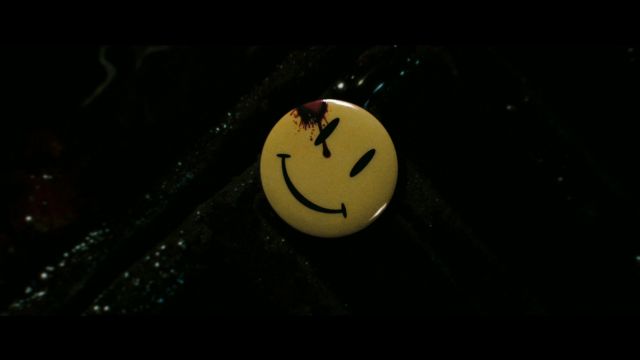 SCAVENGER HUNT (Easter Eggs) Answer Key:
NOTE: These are based on the “time left” timestamps that the service automatically shows

Where: Right here on the forums! In this thread! In the comments below! Maybe on your phone! But also, you’ll be watching Watchmen on another screen to make it easier. So there, too.

How: Great question - read below!

RULES OF THE ROAD

Come join us to answer the question everyone’s asking: Who Watches the Watch-Along? 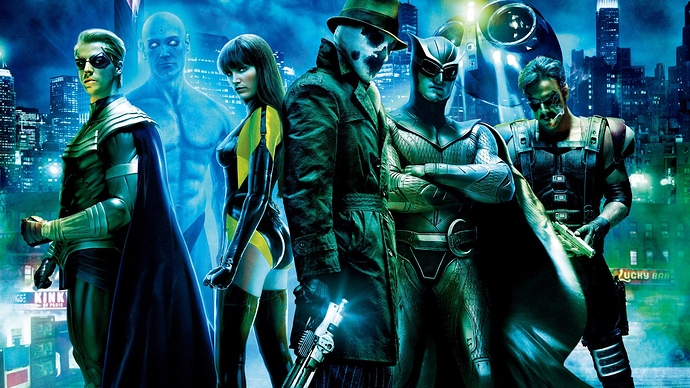 I do! Hope I can fit it in my schedule on Sunday

Who hoo! We’re looking forward to seeing you, @YoYoFroYo!

I couldn’t think of a better group of people to spend the day geeking out with!

This sounds cool, I’ve never tried a watch-along before. My only issue is that the trench coat I ordered for my Rorschach costume won’t get here before then.

Now that’s a costume worth checking out, @khristian012! I hope it arrives soon, and can’t wait to have you join us tomorrow! Sending a warm welcome to you, as well, @nlmarti (it’s wonderful to see you back!), and @draculasdrip (hope you don’t mind my joining in on the hype

)! We’re honored to have you all join us for Community Week fun!

Hope everyone’s brushing up on their Watchmen trivia. 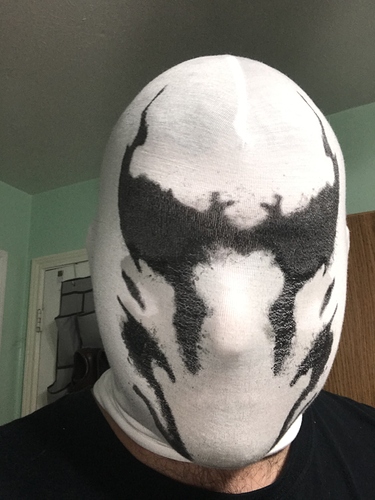 I haven’t seen this movie in soooo long. Luckily I’m on vacation this week, so I will be here as long as I wake up in time, hahaha.

I’m definitely down for this! I dig the film version though I’ve not seen the series yet. Haven’t read or watched Watchmen in a few years so this will be fun! Thank you for setting this up @MissInkBlot1!

That mask is pure badassery!

Good morning/afternoon, all! Hope you’re ready to be one of the ones watching the watch-along for Watchmen.

Here’s your reminder that we have 30 minutes left before we start!

Oh, and about that scavenger hunt? The rules are above, but I’ll share them here, too:

Easter Eggs:
Participating’s as simple as giving a shoutout in the comments when you see one! I know where they are, so the first 5 people to respond at the right time will get a point each.

Trivia Questions:
The FIRST person to answer each question correctly will get the point. We’ll be asking them throughout the movie, so keep those eyes peeled, and your minds sharp!

I’ll post the easter egg list in 15 mins so you’ll have time to review and save it!

Nice! I love it already, so I can only imagine how cool the rest of it’s gonna end up looking!

We’re excited to have you, @iJest and @Valade! So glad your vacations overlapped - perfect timing! And you’re welcome, though the pleasure’s all mine

Couldn’t agree with you more, either, @TomJones. Being able to watch it for the WAL with all of you brings me back to watching it in the theater. So much more fun to be had that way!

Good morning/afternoon! It’s a gloomy/rainy day today in upstate NY. I think I’ll do some cleaning after the movie.