With three days left, lets start discussion on the flash. I still need to write my review, but I will say I really liked the teaser for justice league dark. Hopefully you see it. (Zatanna says it I think)

The JLD teaser was a nice touch and I liked that Eobard Thawns death was acknowledge.

Overall though I was left a bit confused as to Hunter’s motives. What does he mean by wanting Wally to become the hero he can be?

Obviously I’m going to keep reading Flash War but after that lead in I’m just not sure where we’re going.

I can tell no one read Flash #46. How do you think we should approach it?

I still have until tonight to read this and still can remain a member of this club right??

Yes anyone can join at anytime!

Justice league no justice number one

Please forgive the decadent lack of capitals here I’m doing this from my Android tablet by voice.

Definitely has that feel of final crises or crisis of infinite earths …everybody’s being gathered together and forced to work the other heroes and villains alike.

It’s reasonable to assume that the heroes could accidentally break something like the source wall .

If you think about it is kind of like in our world where an army accidentally breakes the dam when it’s bombing someplace and they end up flooding civilian areas where there’s no weapons being manufactured, no troops, where they didn’t mean to cause a flood.

Also the idea of brainiac getting everybody together for the common good, again we’ve seen this before. It makes sense, everybody wants to exist, it’s kind of a bottom-line. and again in our modern world often it’s the bottom line of nations get together that are often competitors, for common long term survival.

I do have to tell you this feels an awful lot like a Marvel type of event, you know fighting celestials that kind of thing this…’ this is strangely reminiscent what was going on over and Jason Aaron’s Avengers around the same time.

The artwork doesn’t work digitally; when I went panel to panel view it was kind of a mess , very weirdly badly pixelated. 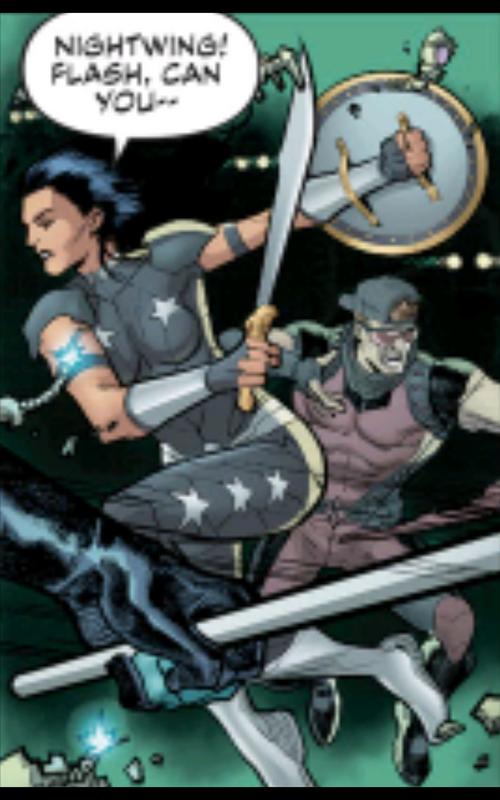 Now on the flash 46 …this is a nice Monday night activity Nathan!

So here’s whats fascinating about this run and Aaron’s run.

Both stories debuted ON THE SAME DAY! (DC Nation #0 and Avengers #1)
The first arc is the SAME for both.
Both series did an Atlantis arc AT THE SAME TIME!
Both series fixed many of the problems with the big team comic series.

I can see how this ties into Heroes in Crisis and also ties in with what we just read , Justice league no justice, as well as those Batman comics that have Booster Gold trying to take Batman back to crime Alley as a wedding gift and all that fun stuff.

I do think it’s interesting that this addresses what the psychological and emotional toll on the human mind would really be if a lot of these fantastical ideas that we bounce around without a whole lot of thought were real. Wally cracking under seeing all these worlds at once reminds me a little bit of the trauma people feel in places like Astro City or Marvels, both by Kurt busiek. He does so well the street level view, the people that aren’t the heroes but the ones that have to deal with the effects of the battles of heroes, the celestials, the sea citizens trying to flood everything etc…

I find it excessively hard to buy the motivations of villains obsessing on a hero to try to make them better, and the plit that both Zoom and Reverse Flash have the same obsession… it’s a bit much. Guess we’ll see where this goes.

Another 7 out of 10. I am one of those people that would love to see Wally figure all this out and stick around.

…and what’s up with both Flash and Zoom feeling the need to smash giant TV screens??? silly

Thanks again for hosting this party Nathan!!! 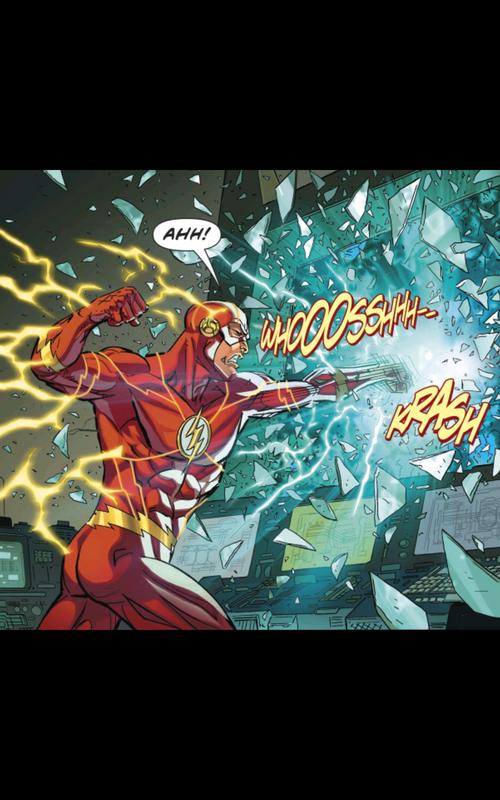 Anytime! Everyone Justice League: No Justice #2 appears soon. For those who want to read something else as well, I’d recommend reading Mera, Queen of Atlantis which will play a role with Drowned Earth in November. Honestly though, you can wait or not read it.

I guess try to read the previous issues of the flash. It would help, but it’s NOT needed.

Who is the most unexpected character in this series so far?

I didn’t find really any of the characters to be truly “UNEXPECTED”, except maybe Starro. The rest I can see being “brought in” under the right circumstances.

What do you think about Task Force XI?

It was great to see some underutilized characters on that page, but otherwise what a plot device to move a story forward. Feels like some of those people would have been able to stop themselves from being taken to do Waller’s dirty work.

What energy is Earth (If you know the answer DON’T SAY IT) Entropy, Wisdom, Mystery, or Wonder.

No clue what it is actually, but I am going to go with Mystery simply because life is a mystery. We all live on earth, so there is my reasoning.

Finally, did Brainiac get a good death

Meh! It served its purpose in the issue, but I can see this going in so many different directions. For a first issue I enjoyed it, but looking forward to seeing what direction it ultimately takes for the other titles that spun out of it.

I tried to read Flash #46, but goodness me. I couldn’t do it. I really do not like Barry Allen and the beginning was hard for me to even read. Got worse when I go to whom I am assuming is “Reverse Flash.” I may try to finish it today, just to say I read it completely. It really cemented that I enjoy older comics for the most part. I am still going to try to actively participate in this book club though, so that I get outside of my own comfort zone with comic books.

@princess glad you read Justice League: No Justice. I dont love the lead up to Flash War but I’m glad you’re going outside your comfort zone. Flash War’s lead up is okay. Part of the Barry thing is that Barry has been on this downward spiral after his powers stopped working for him. He’s in a state of crisis which is what causes Flash War to occur. It’s about Wally being angry at his life and angry at Barry. So if it seems Barry is a jerk that’s why.

@princess on the spin off of Justice League: No Justice

So there’s a lot of spin offs. I haven’t figured out which one’s we will do. I’ll probably have a Summer Of Events Optional Chat for the series we don’t follow. That would probably include Detective Comics, teen Titans, and Titans as well as Catwoman and Supergirl.

I had 7 pages left of the Flash. Didn’t even realize I was that close to the end when I stopped reading it. I will write out my thoughts tomorrow. I appreciate hearing your thoughts on the Flash. Helps me to understand what has been going on with a character I am like bleh to.

When it is time I would be most interested in the Justice League titles, if we were to read those spinoffs. I know eventually I will get to Titans in my own time. Odyssey is the one I have been most curious about.

Justice League is on of the greatest runs in JL history. Justice League Dark is also critically acclaimed and has a big impact on Wonder Woman’s character. Justice League Odyssey is a series who’s writer left after 5 issues, but continues to be a fun space saga led by Dan Abnett (Aquaman Rebirth)

Modern Comics end very quickly. Both a perk and disadvantage.

HEY EVERYONE! NEW COMICS ARE UP!

@LeonardoMyst I’m glad I’m not alone in my dislike of constant huge scope stories. It’s not like Snyder is doing a bad job of it, it’s just too much for my tastes. You put it better than I could.