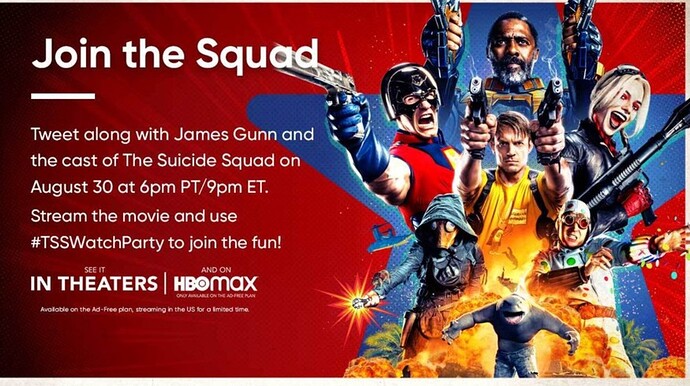 An excuse to watch this again you say? Don’t mind if I do!

You can read most of the nuggets of new info on James Gunn’s twitter feed.

There was also an after-the-movie interview with James Gunn, David D, Steve Agee, Nathan Fillion, and Ms. Ng. Gunn described a big long deleted scene that describes why the Thinker’s ear is bandaged in the second half of the film.

When Polka Dot Man and Ratchatcher 2 first bring Thinker out of the nightclub to the van, King Shark is gone. Ratcatcher goes looking for King Shark in a decrepit building. She finds him from the sound of children screaming, but when she arrives, turns out they are screaming as they and King Shark play with toy trucks. Meanwhile, in the van, the Thinker plays on Polka Dot Man’s insecurities to try to get him to desert the squad, but doesn’t work and PDM shoots him in the ear.