Set after the events of Arkham Knight, villains from Belle Reve take on a mission unlike anything they would’ve never thought possible. Mission Objective: Kill the Justice League.

More content about the game will be shown this October at DC Fandome so get ready! 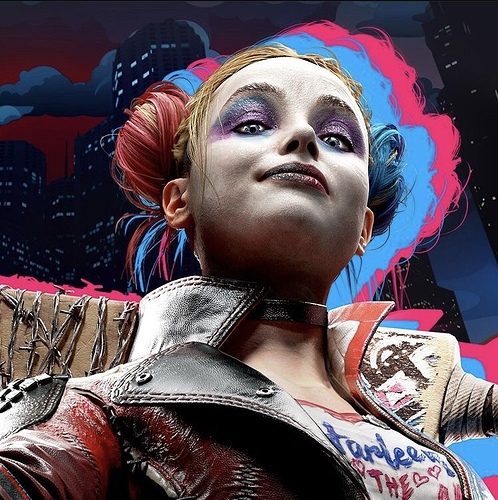 Set after the events of Arkham Knight

As awesome as this game looks, I also really hope this isn’t a case of Rocksteady heavily retconning their own universe. From what we’ve seen so far, that would very much be the case for Deadshot, Boomerang and King Shark given what was already established in Arkham City, the Arkham Knight comic and Assault on Arkham. Maybe there’s more yet to be revealed that could possibly explain all of this, but I’d honestly rather this game take place in its own world than present some pretty big continuity errors to the Arkhamverse

I was wondering if someone was going to point that out lol. Yes, it would make Assault on Arkham and the prequel Arkham Knight comics non canon unfortunately. Speaking of how King Shark and Boomerang died. It sucks though because I loved the story so far that has been told within the Arkhamverse so unless a BIG explanation comes along then as of we know it the continuity is shifting.

Deadshot (the one we knew from origins, AOA, and city) on the other hand is being heavily implied that he was an imposter and this game will be showing us who the real Floyd Lawton is. I don’t mind it, but at the same time it felt pointless to do it. We’ve already bonded with the other Deadshot which was worthy of the mantle and has already squared off multiple times against Batman so for him to be called an “imposter” just doesn’t feel right.

When I first saw this game it didn’t feel like it was connected to the Arkhamverse in general so yes I agree it should be a standalone universe, but I suppose they aren’t going that route. Despite Arkham Knight wrapping it up nicely, there was a sequel that would be following Damian Wayne as Batman set 10 years after, but it was scrapped and replaced with the Suicide Squad game.

Deadshot (the one we knew from origins, AOA, and city) on the other hand is being heavily implied that he was an imposter

Wait, where did you see this?

@suicidesquadRS
“Fool had it coming. There's only one Deadshot.” 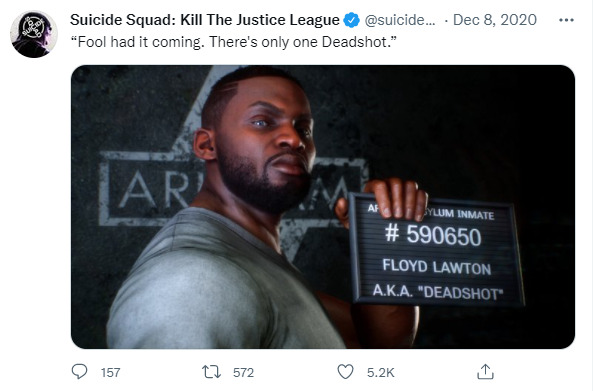 Oh damn, I completely missed that. Well assuming that really is the case, hopefully the game will explain where Floyd was during City and maybe 5 years before in Origins, too

Kind of reminds me of this story Only that now the black one is the real deadshot and the white one is the imposter. Can’t wait for this game!

Maybe he’d be on another team