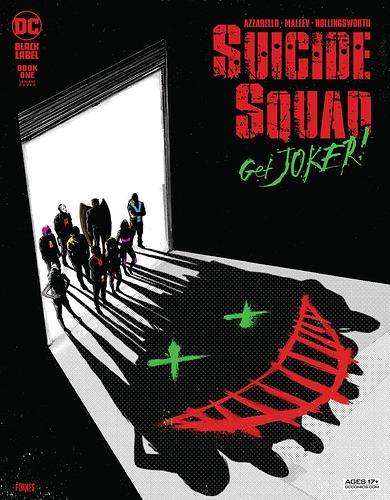 The Suicide Squad exploded into movie theaters this weekend in a frenzy of furious, fast-paced action. It features over a dozen deep-cut characters like Bloodsport, Peacemaker, King Shark, Ratcatcher II, Polka-Dot Man, the Thinker and a rather rabid-looking Weasel. What, that’s not enough wiseass anti-heroes for you? Then DC Black Label has a just-launched new miniseries that you’re going to want to snatch up.

We all know the Suicide Squad’s deal by now: complete (and survive) a doomed-to-fail mission and get a few years off the jail sentence. No matter the mission, the Suicide Squad’s members are all expendable–even if one just happens to be Batman’s former partner.

In Suicide Squad: Get Joker! #1 from Brian Azzarello, Alex Maleev and Matt Hollingsworth, erstwhile Boy Wonder Jason Todd has finally been caught by the police and convicted for vigilantism. He soon finds himself in the sights of Amanda Waller as she arrives at his jail cell to recruit him for a Task Force X mission that might be of particular interest to him—to take out the Joker once and for all. Maybe, just maybe, Red Hood and the Suicide Squad can finally do what the Bat can’t. Jason accepts, ready to seek justice. Or is it revenge? It’s hard to tell the difference when the Suicide Squad is involved. 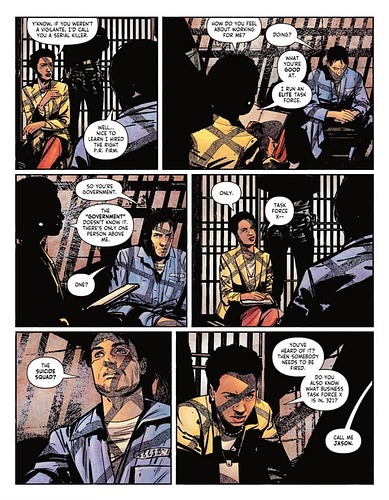 To get a full breakdown for this upcoming series, head over to DC Comics!

Are you excited to see Jason Todd in Task Force X? Let us know in the comments!