Been reading in to the Suicide Squad comics for a while now. Been jumping from series to series. The earlier stuff, New 52, Rebirth, New series, and everything else in between.

On the earlier stuff (87) I’m on #40. At this time in the comics they got their bombs on their wrist. Does anyone know when they started putting the bombs in their necks?

The suicide squad stuff (mainly the origanal stuff) before Harley Quinn was added.

I think they started putting bombs in people’s necks during the new 52. The new 52 is my favorite run on the series. It was one of the first comics I’ve ever read, and the team was mostly expendable, unlike the rebirth series, which has to many big names in my opinion.

I thought The Rebirth was good!! Did you get into the New Suicide Squad series? It took place after the New 52. I think that’s when they added Deathstroke.

I did and loved it!!! They also introduced Black Manta and The Joker’s Girlfriend if I remember correctly. Loved the team dynamics and loved some of the characters they used.

Really? Jokers gf?!?! The only story I read from The New Suicide Squad was the one where they had New 52 Reverse Flash (Daniel West) he wasnt too fast and he sacrificed himself. I think he ran back to the town they where evacuating.

Joker’s daughter not gf. My bad. pulled out the comics to make sure. But yeah, there is a character who wears the jokers face and calls herself the jokers daughter. The reverse flash story happened in volume 2 I think. 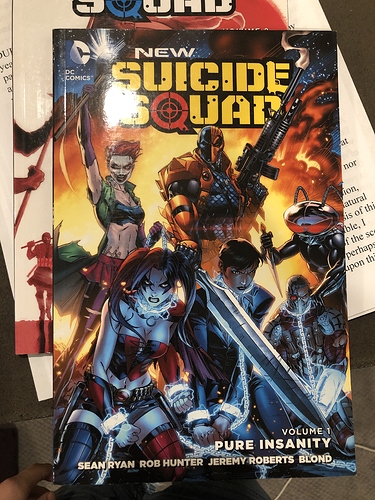 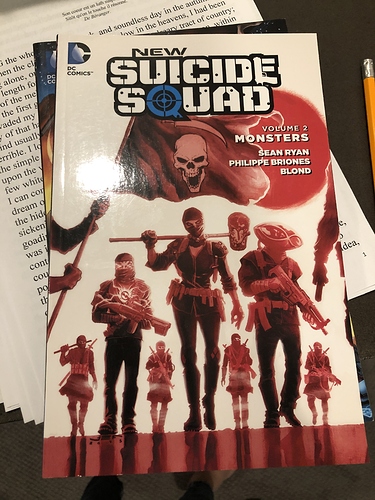