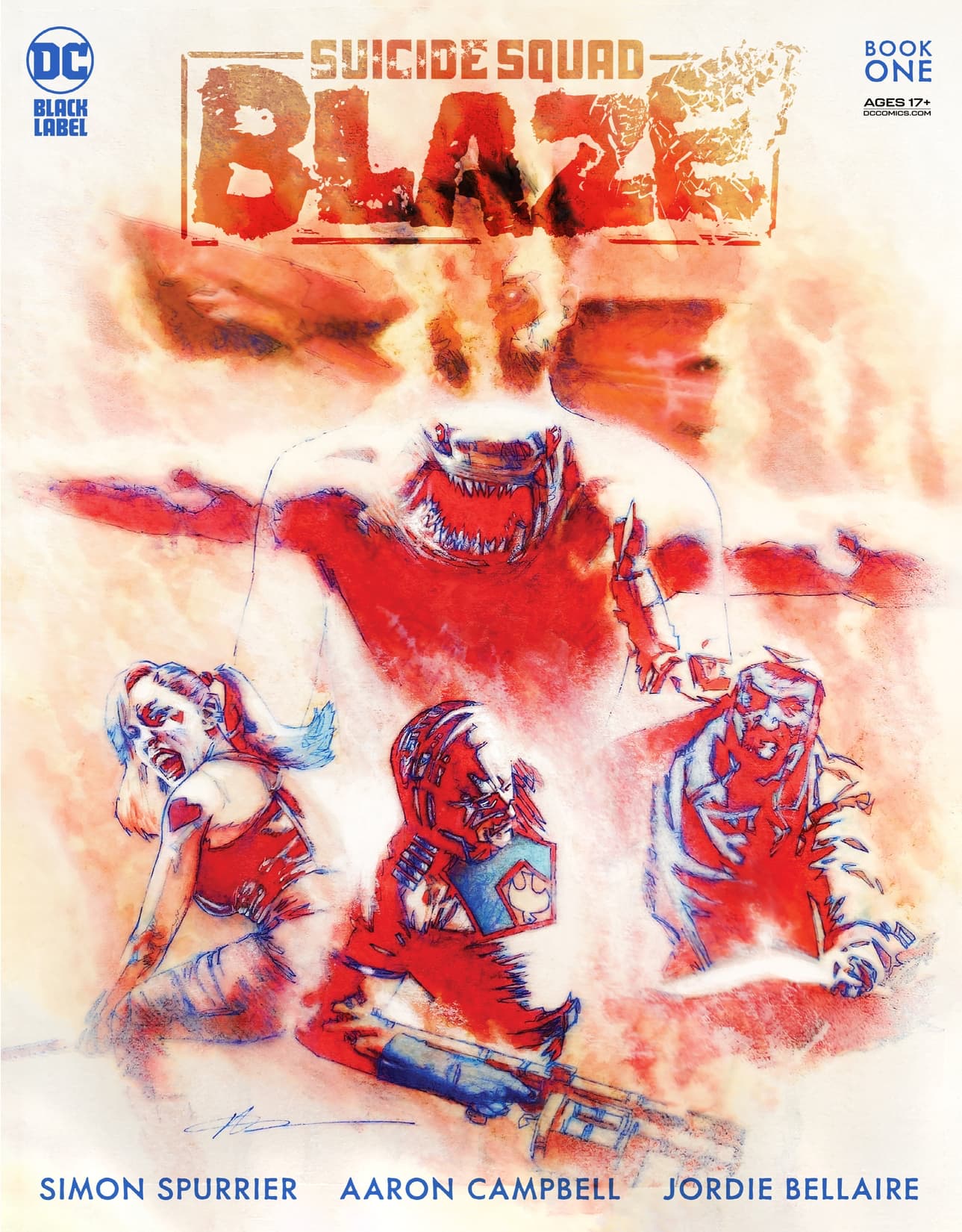 The attacks begin without warning. Brutal, sudden…cannibalistic. A metahuman with all the power of Superman but none of his humanity—ruled only by hunger and instinct. To stop this threat, Harley, Peacemaker, Boomerang & King have been assigned to corral, nursemaid, and if necessary execute five deadly new recruits, the expendable products of a secret government procedure called

BLAZE: ordinary prisoners, endowed with incredible power with 6 months to live, maximum. If you’re staring down life in prison, maybe that’s a good deal—But that power? It’s surprisingly transferrable. As each member of the Squad dies…the others get stronger. What would a hardened criminal do with that knowledge? One thing’s certain: this time the Suicide Squad’s bitten off more than it can chew. 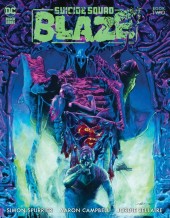 Some variants from this series… 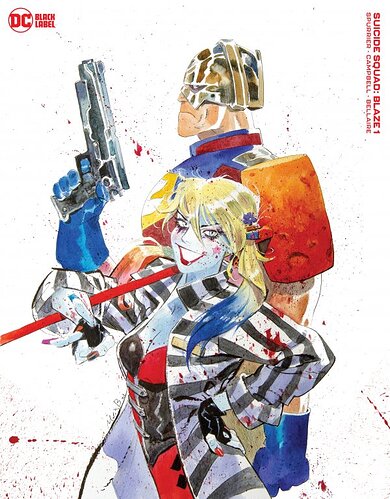 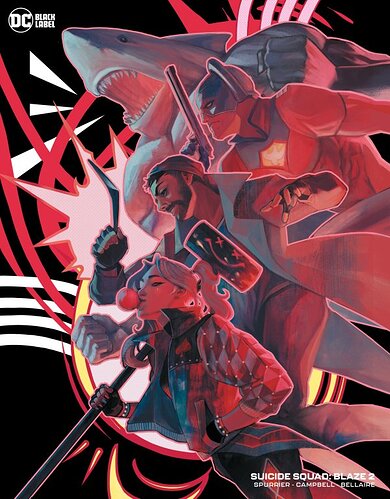 I’ve only read the first issue, but I’m looking forward to seeing where it goes. I already like it better than Get Joker.

Are they still doing the 6 month releases? Hopefully it’s not inexplicably missing like some other Black Label.

I thought Get Joker was pretty good overall, and it’s too early for me to speculate how this one will go, but I enjoyed the second book more. The story picks up after all the set up in book one, and we get more of the Squad. I wasn’t expecting it to focus on new characters, but it’s growing on me!

As for releases: it depends. Some are arriving on schedule, others show up and then leave, and some have still yet to arrive. I know it’s partially for sales and possibly due to some regular delays on a lot of titles.

Thanks for coming by! Don’t be a stranger!

Thanks for posting the topic!

Get Joker wasn’t awful, you’re right. I only wish they had gone for it in the end and gave it some finality.

It looks like Book Two will show up on time. I’ll be back.

book 1 was okay, book 2 was better. set up can feel like a grind, but I liked the team selection process and the art work, even if I hope we get more time with the core team. I like the main character, he has the weirdest “super power” ever lol and makes me think of TDK.

Thanks for posting the topic!

You are very welcome- Thank you for joining in! Hope you kept going, too! The story expands more and more as we go.

Let us know whatcha think when ya get a chance.

I like the main character, he has the weirdest “super power” ever lol and makes me think of TDK.

I feel like he got the shaft w/ that power, poor guy.

lol he totally did! i hope its useful later on but I can’t think how it ever could be