Stranded But Not Alone 😈

Who would you choose, why, and how would you deal with them most likely trying to destroy your life at every turn? Don’t be afraid to get creative with your answers!

PS: You cannot choose anyone from your top 3 favorite villains 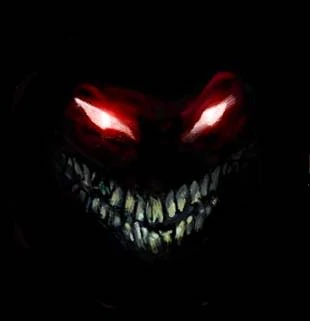 I think I would go with Braniac because he would have access to books and other forms of entertainment in digital form to help us pass the time. I would hope that he wouldn’t want to kill me since we are each other’s only companion for eternity.

Nobody. I just train bats.

I’ll go with my number 4 top villain. Clayface. He seems like fun probably recreating scenes for castaway or other island films. He and shadowing into need survival stuff. Just hope he doesn’t loose it and go clay crazy

Guess I’m stuck with that terrible villian forever! Trying to get it off of my face will take forever as well.

Crawling around, Somebody save me!

Under normal circumstances I would say Jason buuuut… yeah. And Harley and Ivy can’t be an option because of the rules, so I have a lot to think about.

Hmmm… I don’t know… this is hard for me. I feel like maybe the Joker, because I know that I won’t last long, and is it worth it if I was stranded and was never able to see my Jason again? Is Jason even trying to rescue me? (I hope so). Either way, that sounds like a living nightmare.

I could work with Scarecrow, as long as he didn’t have any fear toxin on hand, I don’t like needles nor do I want to be experimented on, so I would only hope that he would use his intellect to focus on survival rather than his twisted need for psychological horror science.

I know for a fact that it can not be with the Riddler… he would just make me feel dumb, so that’s a no.

Maybe my safest bet is Two Face? As long as I stay on his good side? I’d like to think I’m good at being on a person’s good side.

This is harder than the Joker’s crowbar, lemme tell you!

@TheTerrificToyman Just you and that one villain!

ah, so your villain of choice is yourself. Well played.

@NYJt3 Haha he may just go clay crazy. He would probably be too good at charades lol but I bet he’d be able to also create board games

@Reaganfan78 Seriously, good luck getting that off your face lol

@TheWifeOfJasonTodd Okay I just love all of this. We can both hope that Jason is coming for you, eh?

You can look forward to that in the mornings. I feel like Joker, Scarecrow, and Riddler would all try to tie you up and make you go crazy for their own entertainment… so lol that sounds really awful… unless you’re the one that ties them up

. Two Face might be the best option there imo haha because at least you afford some respite here and there, I would imagine hehe.

I feel like Joker, Scarecrow, and Riddler would all try to tie you up and make you go crazy for their own entertainment

As awful as it is, that is their game, especially if they knew that I was The Red Hood’s m’lady. We know that that kind of information would be valuable to his enemies like Joker or even Black Mask (or Slade

What can I say though? It all comes back to Jason

I’m thinking Two Face. Sure he might threaten me and have episodes of anger, but if Harvey is the one that’s thinking somewhat clearly, he might realize “hey, she can be useful, if she can gather food, she can live”.

My three favorite villains are Shiva (though her alignment is debatable), Luthor, and The Joker. So for my supervillain companion I choose… Black Manta. He’s extremely resourceful, will provide plenty of food for survival, and won’t feel any need to kill me because I’m not Aquaman.

…Darn, I should have chosen Warp. He could have just teleported us off the island.

Oh, this is a good one… Hmmm… I’m not even sure who my top 3 favorite villains are.

I’m assuming I would be alive for the eternity (unless I’m killed by the villain) and they would be too so, with that in mind, I’d pick Vandal Savage. He knows what is needed to survive and find shelter and live for eternity. And I’m not a Hawk so he won’t kill me. And he’ll be stuck on the island with me so he won’t be killing the Hawks. Win, Win, Win.

Just you and that one villain!

He’s a genius, so I’d never get tired of hearing his opinions or listening to him explain things.

He’d likely never have a reason to attempt to murder me.

If I make friends with him, maybe he could make me an android of my wife. Nothing beats the real thing, but that would make whatever years I have left on the island easier on me.

I don’t think I know enough about a large variety of DC villains yet to answer this well, but I’ll take a shot. I don’t even think I have 3 favorite villains? Cheetah is my favorite, but it’s just as well I can’t choose her since I’d be the first thing on the menu.

I’m thinking maybe Black Adam? I mean yeah, he’s crazy and violent, but he’s also pretty full of himself. He might not even pay attention to me if I don’t engage with him.

Captain cold, not a going to try to murder me for kicks and smart also, ice gun could be used to get water source

I would choose Catwoman, but then we can’t choose from our top three villains! I think I would go with Captain Cold for the same reasons @Izzy11 gave. My survival would certainly be better with Cold than some of Batman’s rouges gallery (who might just decide to kill me because they’re bored).

What can I say though? It all comes back to Jason

because I’m not Aquaman.

Got a good chuckle out of that, thanks.

@Row.Harper Very admirable choice! You save yourself and others haha.

@TheTerrificToyman Ah, let’s just hope you didn’t crash land on Earth when you were a baby or else he would endlessly hunt you down

He might not even pay attention to me if I don’t engage with him.

That’s such a good point lol!

@Izzy11 Ooh let’s hope he would share that water with you lol. Might turn you into his slave for clean water

@mercurie80 For real, Batman’s rogues gallery is filled with absolute psychos! Definitely wouldn’t want to be anywhere near them lol… Gotham breeds the worst

cold is pretty chill (pun intended) as far as villains

Hmm, can’t be one of my top three faves? Alright, well that rules out Caitlin, Pamela, and Barbara…

I would go with Dex-Starr. While he does have a Red Lantern ring, at the end of the day he’s still just a cat, so I may be able to overpower him physically. And I might not even need to, as for whatever reason I have yet to meet a cat that hates me- I get along very well with cats and understand them. Jessica Cruz was able to befriend him, so I don’t think it’s impossible that I could do the same. Plus he might be able to catch small rodents and birds for us to eat! And I get cat therapy! I’d call that a win.