🖤Stories for Change🖤 Your Picks For Comics & Episodes of Revolution

Much like our topic dedicated to Stories For Hope, we are calling upon our community to contribute their selections of stories that inspire change. Change does not come easily. It is often messy. There are sacrifices and hard truths to reflect on. What can your fellow members read to start this conversation?

We’re looking for stories of battles that ultimately empowered our characters to make a difference. Unlike Stories For Hope, they might not feel good, but they are necessary.

Links are always helpful for building our main archive in this topic- and like our Hope archive, if they are not on the service, that’s okay!

NOT ON DC UNIVERSE

The Authority
DMZ
V for Vendetta

I find DC: The New Frontier to be an a good series to inspire hope in a few ways. What Darwyn Cooke did with a bridge between Gold and Silver Age character was inspiration all of its own. The magic he created by retelling historical event’s, at time USING THE WORDS FORM OUR LEADERS MOUTH, with amazingly drawn Mid-Century Modern Heroes and Environments was an Opus, an Aria, a Masterpiece.
Ion tells a story of sacrifice before the ultimate tranformation can take place. This is something that could help us with the hardest of time’s. Good and bad, this too shall pass.
We are in a Read Along for the Green Lantern Event “Blackest Night” at the moment. We started with the 3 shot, Tales from the Corps, and #1 in particular has Saint Walker’s Origin. That is a WONDERFUL tale of Hope and Faith in the face of COUNTLESS OBSTACLES !
Hope this is helpful

They are my opinions but I can’t stress “Tales from the Corps, #1” enough.

There’s a great story in Justice League Adventures #19 where Jon Stewart aka the Green Lantern teach a kid what it means to be a hero.

Keeping with the theme of Green Lantern in this thread, there’s the two-part ‘In Blackest Night’ storyline from season one of Justice League.

It’s the introduction of the show’s version of John Stewart. And while not super-explicit, one can draw an obvious parallel between the storyline of John standing trial for the presumed destruction of an alien planet and the long, unfortunate history of black men standing trial (and getting convicted) for crimes they did not commit.

The whole thing is really a showcase of Stewart’s character in the face of judicial injustice. He stands firm in the face of being treated like a criminal, even as his fellow Green Lanterns turn their backs to him. And it all ends with one of the most awesome John Stewart moments in all of DC media, the first of many peppered throughout JL and JLU.

The whole ordeal wraps pretty cleanly, but not before John chides his GL buddies for not standing up for him like the League did, leaving these space cops with a rare bit of introspection.

Intentional or not, this was very socially-minded stuff for TV animation in 2001, and only 4/5 episodes into the first season at that.

Not sure if this fits entirely, but the Golden Age Elseworlds story is one about change. It’s about corruption as well, which is unfortunately a relevant topic.
The Golden Age #1

Thank you all very much for your suggestions so far, and especially for describing the context and purpose behind adding them to the list. The master topic has been updated. Looking forward to seeing what else we can build.

Action Comics 900. where the Man of Steel makes a fateful decision about his place as a hero of the world and not just the American way. (similar themes are explored in the Doomsday Clock miniseries
I don’t think anyone mentioned the low hanging fruit of the Neal Adams Green lantern/Green Arrow run that took on social commentary on a monthly basis.

For TV, Supergirl deals with more societal issues than the rest of her CW counterparts, with episodes on refugees. Addiction, and trans.

I’ll go with Forever Evil, as it fits the “battles that empower characters to make a difference” bill.

The Crime Syndicate has control of the Earth and the Justice League. With the League gone, Lex Luthor sees that somebody has to fight the good fight, so he steps up and brings together other villains to do what the League temporarily can’t: fight the agitators of the moment and save the day for everyone, be they hero or villain.

I’d say the Judas Contract storyline from Tales of the Teen Titans (#42-44, Annual #3). It has themes of growing up, with Dick Grayson giving up Robin and semi-retiring (Wally West fully retires Kid Flash to go to college and because he was losing his powers if I remember correctly). Dick eventually comes back as Nightwing after realizing he can never truly give up being a hero.

It is not a DC title but Maus is powerful and a must read for everyone.

Oooh, yes, Maus! Good call. That reminds me to add Persepolis to the list, as well.

I’d like to recommend the Teen Titans episode Troq. I feel it’s a very important episode, especially in the current climate of the world right now. What’s ironic is that the theme of the episode is not necessarily about change, but about the lack of it. On the one hand, sometimes, it is okay not to change. No one should ever need to change themselves just because of the color skin they were born with or the country they come from. If one were to succumb to that sort of self-hatred, that means the bigots have won.

The other point is that people have to actively want to change. Val-Yor never wants to change his opinion to truly change in that episode so he will always and forever be a bigot. Some people are so set in their old ways that they never will change their mind. Unfortunately, in the real world, this is also the case. However, some biases are built from ignorance rather than malice and those are the people that should be focused on, people who actually do want to learn and change rather than just echo garbage. The main lesson is that some people will never change even when they should and some people will change themselves even if they shouldn’t.

How about Asterios Polyp?

Just finished the 2018 Freedom Fighters. I know it’s already listed, but it’s a solid read and I recommend it.

This isn’t DC or comics but still important to watch these days, I feel like: 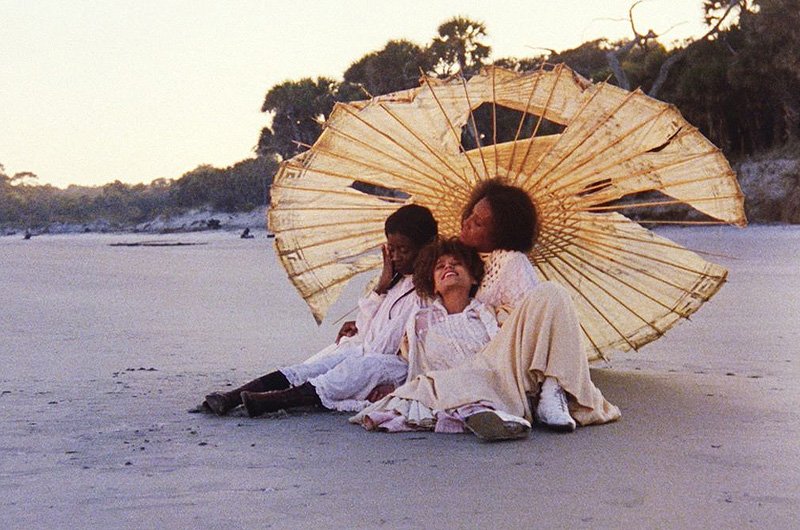 Criterion Collection has announced that a number of classic films from Black filmmakers, who have pioneered the early African-American cinema, will now officially be streaming for free on the Criterion Channel.

I haven’t seen all of these films but I can certainly spotlight Daughters of the Dust, Losing Ground, and The Watermelon Woman, as movies I have seen, but I’m sure all of these are worth watching, and it’s free!

From one Criterion Channel fan to another, thanks for the heads-up, @Mae!

I think Wonder Woman inspires a revolution of spirit. Things that we see as divisive (race, gender, sexuality, etc.) don’t matter to her-- she transcends labels and, by doing so, helps us to realize the hero inside of all of us. Wonder Woman 75th Anniversary