After rewatching It I do not think Crusher was serious about finding The Purge to be a comedy. Sylvester was starting to say something witty about a topic he just admitted to not understanding. By giving an unexpected answer Crusher threw off his speech. He than gave his own joke (go back to your basement and polish your staff) winning this battle of wits.

I just checked the season 3 trailer. One shot not used yet us this one- 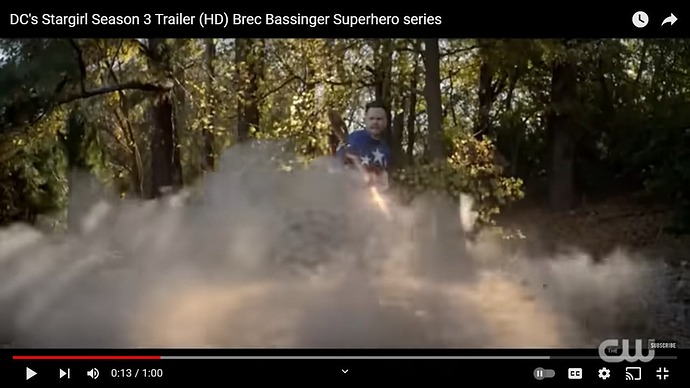 That answers an important question.

The team gets a clue to about blackmail. Beth doesn’t seem to fond of her parents eagerness. Rick and Cameron still seem to but heads as he deals with his new powers and grief.

Shiv is trying to impress the JSA. I think she in the clear. The lab top she seems ti be trying to get to her dads files. Probably something ti enhance her ir fix her something she’s trying ti do but being secret due to her not being the ask for help person.

Barb and Tigris have a pretty nice friendship as she helps with the boss and Barb being supportive.

Mike seems to feel left out as Pat is making the suit for Sylvester and focusing it all on him.

Sylvester looses it and goes after the Crocks. Still dealing with his trauma it seems in a very cool fight. Then Pat puts his foot down and talks some sense into him the Pat way. But then Sylvester goes on his own and is attacked. Seems like my Bones theory is out as the seems like him watching

. But now Sylvester is attacked. Don’t think he’s dead but out of action for a bit.

What will the JSA do? Who attack Sylvester? Who is the the murderer? All this and more Same Star Time Same Star Channel

A part of me hopes he’s fighting The Mist. Then again it could be dust or smoke.

Except even in flashbacks he was still a dick, he’s never been a good guy, as in considerate and sympathetic. Now he’s gotten worse.

Or he only became one when he chose to kill Bruce Gordon.

Nope, even in Season 1, the scene where he died he called Pat not a hero, just nothing, his last words to Pat were insults.

He is stating a fact that Cosmo will not follow Pat to not get his hopes up.

This Season, is Off Too A Great Start!
Starman, is Still Holding A Grudge Over the I.S.A. Killing His Friends and Family!

Starman, is A Great Addition Too the J.S.A.!
Starman, Got Attacked!
Hopefully, He’s Not Dead!

Because he doesn’t see him as a hero.

I was checking out the latest episode. At the 3:13 mark at the diner Sylvester has to read Yolanda’s name tag to remember her name.

Unbelievable!!! Just when I couldn’t hate him anymore, he does this.

Actually it was a detail you missed from before you hated him so much. ;).

I am surprised she took it so well.

Did she even notice or was she just naively starstruck?

She ignored it and asked her question about Ted. Starman said he would have loved her, and this is the happiest she has been since season 1.

I, Can’t Wait for the Next Show!
Star Girl Is Great!
Best Show On T.V.!

P.S. They Should Make A Video Game of Batman, Going In Too the Joker’s Fun House!
Batman, Robin and Bat Girl Should Be In It!
You Can Choose One of the Three or Play Three Friends Together!

Also They Should Make A Video Game of Batman, Robin and Bat Girl Going In Too Arkham Insane Asylum!
The Inmates Have Taken Over Arkham!

They Should Make A Video Game Where Superman and Super Girl, Go In Too Toy Man’s Secret Lair!

P.S. D. C. Should Create A Place Where You Can Send In Ideas For Movies, Television Shows and Video Games! 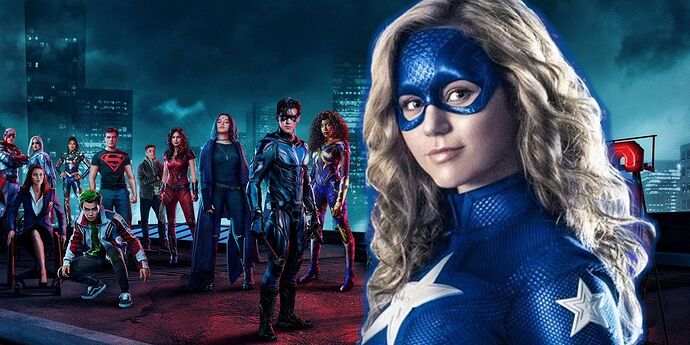 Stargirl actor Brec Bassinger shares a picture that seemingly confirms that DC is working on a crossover between The CW series and HBO Max's Titans.

I just have to say, why is everyone hating on Sylvester? I just feel bad for him.

They dislike his belt.

There are many times this episode Sylvester is clearly trying to make amends. I am wondering if Cosmo is a bad influence on him like he is drunk with power. When Crusher was there is about the only time so far he has controlled himself with Cosmo.