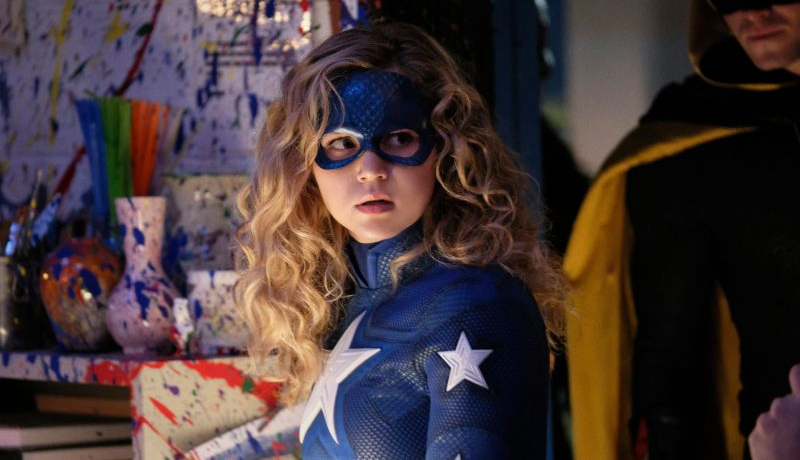 It’s no secret that I really like this show, and I’ve stated many times that I thought it was the second best live action DC TV show. So, do I still think this show ranks that high? As a whole, yes, but this season, I felt, was a little weaker than the first of Superman and Lois.

I will admit when talking about how good the season was when it started, I was a bit overzealous, but that’s because the first five episodes, apart from episode two, were all 8.5/10 episodes and consistently it was starting to take the crown for the best live action DC TV show. I like how subversive the pacing was, taking a step back from an epic, grand adventure and before you know it the great, calm character work is more engaging than the normal action-packed superhero story. It’s interesting that there are only two full-fledged fight scenes in the entire season and it might just be me, but I love that. Reminds me of the approach Majora’s Mask took. If you know what Majora’s Mask is, you also know how big of a compliment that is.

Every character is given something to do straight away. Beth Struggles with her parent’s divorce. Yolanda has to deal with the guilt over killing Brainwave. Rick everyday drops food off to Grundy, trying to be able to open up to others as well as being committed to his schoolwork, but we’re also shown a glimpse that some will still look poorly upon him, no matter how he has changed. Courtney comes to grips with the fact that punching people in an awesome super-suit isn’t and shouldn’t be the entire life of a superhero (I know how basic that sounds but it’s actually kind of neat). Pat discovers Eclipso may be coming back. And Shiv possesses the diamond holding Eclipso and plans to form a second Injustice Society. All of this is in the first episode. I know it may seem like a lot but essentially the show is taking a breather to ask, “What’s going on in his life?” “Cool, but what about her?” Little character setups, all of which are natural and given the exact right amount of screen-time.

Also in the first episode, laughs. Also in the first episode Eclipso kills Dr. Midnight’s daughter. The scene is made like a smart horror film albeit a lot more tame. I bring this up because the rest of the season abandons the methods that made for a pretty neat scene. While the establishing scene of Eclipso show’s the villain’s powers and the steps he takes to use them. The rest of the season uses the cheap, modern “child giggles in a creepy manner” cliche to trick the audience into believing he’s actually terrifying.

Another crucial part of the season that I thought really failed was Jade. Jade’s character is written so inconsistently that I’m in disbelief that she was written by the same person who wrote the rest of the show. She laments that she is responsible for Courtney being trapped in Eclipso’s nightmare dimension in episode 11, but her guilt is only present in one scene only to never be addressed again. I don’t believe that the only two episodes I would score lower than a five were the one’s that focused on Jade is a coincidence.

While episode 2 was pretty bad, episode 3 picks up the pace, being the best episode of the season and among the best of the show. Mike and the Thunderbolt showed a wholesome dynamic. Mike’s longing to be included in the JSA and his loneliness prove that he needed the Thunderbolt at that time, but Pat is hesitant to believe that it’s best for Mike and while you see Pat’s perspective, you ultimately want Mike to succeed. The Shade was also introduced and he was done so perfectly. He shows how little we know about the ISA, since we have only seen the perspective of one a bunch of teenage superheroes. But the thing I love the most is how his personality is shown. Rather than a large fight scene, Shade civilly talks to the group through tea, only to immediately stop all of them when Mike tries to attack. At the time of watching that episode, I wondered if he was the best villain in a live action DC TV show, only to be reminded by the next episode the true best villains in a live action DC TV show.

Episode 4 has Sportsmaster and Tigress break out of prison to watch their daughter play football, and after they accomplish that goal they will break back into the prison they broke out of. This off the walls plot completely validates my love of these two characters. At it’s core, it’s a fun episode and gives great reasoning to why Artemis joins Shiv’s ISA. It may not seem like much but I’m really glad Artemis is given a reason to look like a teenage rendition of her supervillain parents but in the case of the emo violin kid, an explanation of the character’s motivation could’ve really helped him not look nearly as stupid.

While I love the first five episodes with the exclusion of the second episode the other eight don’t nearly live up to the expectations those four great episodes brought. Although I did enjoy a couple of episodes to a good extent, namely episode six, eight, eleven, and mostly twelve. Because as the season went on you had episodes like episode seven trying to be way too serious than it should be. Episode eight had moments that resembled episode seven but overall impressively wasn’t a tone killer.

So, in the spirit of Stargirl, I’m giving Stargirl Season 2 three and a half stars.

I thought it was the second best live action DC TV show.

It is no secret that I have it at number 1.

Another crucial part of the season that I thought really failed was Jade.

I have to agree, and she is my bottom character. A problem I found you did not mention was her acting. She talks so quietly I could hardly hear.

While episode 2 was pretty bad, episode 3 picks up the pace

Episodes 1-2 are the only ones in the series I would say are actually bad, and in both watches of season 2 it was such a relief to then get to episode 3. With how different Mike is from his comic counterpart I really had a hard time predicting this episode and was fooled by the twists.

really helped him not look nearly as stupid.

When your powers include doing this- 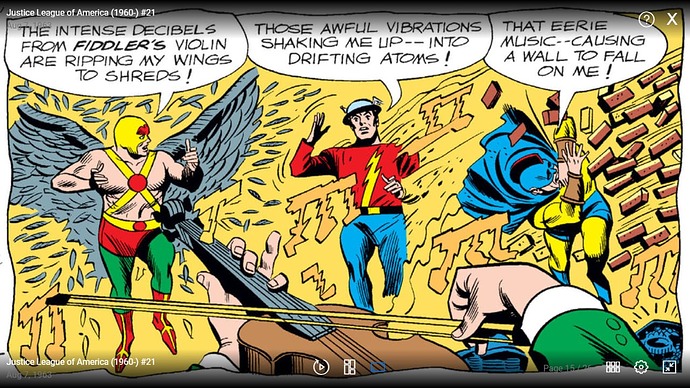 to the previous season’s 5.

A problem I found you did not mention was her acting. She talks so quietly I could hardly hear.

I agree and I feel she’s the worst actor in the crew, but to be honest, I kind of ignore the acting because the only two teenage actors I think are actually good are Meg Dalacy and surprisingly Trae Romano. Oh, and the Icicle kid was pretty great as well.

There are lots of things they set up for later seasons compared to season 1, so I am interested in how that makes me look at it in the future.

I really enjoyed the first & second season of the series. I can’t wait for S3, especially after that Mr. Bones post credit scene, which really hyped me up. I hope the show is consistent with it’s great quality and doesn’t slip like The Flash did (sad to say, but true). Great show so far.

I think my favorite thing about this season was that it did address some of the loose ends that were left last season, such as what happened to the kids of the ISA members who were defeated.

I also really loved seeing Courtney and Beth being able to meet the original heroes they’ve taken the mantles of, and while Yolanda only got to “meet” the original Wildcat in an unpleasant allusion, it was still interesting to see.

I can’t wait to see what will come next season now that some things have opened up for potential opportunities.

For some reason I expect different.

Joel McHale is listed as a regular in season three along with Sportsmaster and Tigress. So it looks like he is going to stay around.