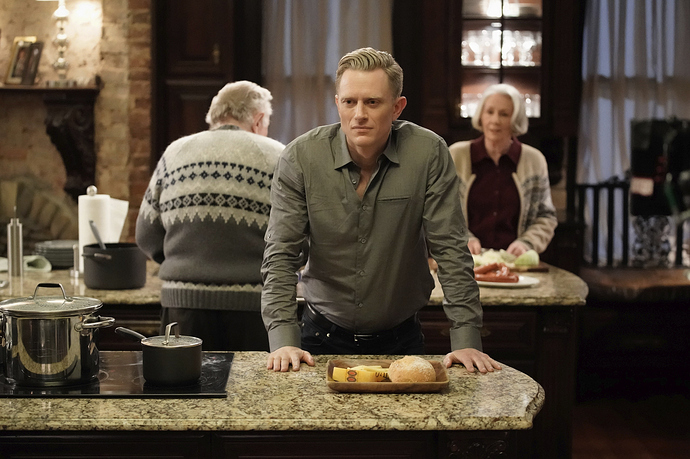 This was one “chill” episode! We got to really get to know Icicle’s background, including the loss of his wife. He’s certainly bent on avenging all who harmed his wife and no one is going to get in his way.

We also get to see Courtney meeting some of her fellow classmates - Yolanda, Cameron, Joey, Beth. Not to mention that giant frozen field in the shape of the star!

If you haven’t watched episode 3 yet, make sure you do then come back here and let us know what you thought!

Wow the part with Joey shocked me. Just a few minutes earlier he said he felt like his magic was getting stronger so I figured it would be some natural reaction that would come Out and save himself so when that wasn’t the case it hit a lot harder.

I’ve never seen icicle or icicle jr as a real threat just because the way they have been portrayed in other media but wow did this Change my mind. Icicle is cold the way he just dropped the wizard like nothing after taking his son from him.

Would the thunderbolt pen or Dr. Strange helmet be Considered more dangerous?

I’m sorry but Mike is starting to annoy me, i feel like he’s just negative 24/7 but maybe it was just this episode.

Overall great episode, it’s like they keep getting better and better, looking forward to the recruitment.

Oh FROG! She picked up the Lantern!

Just when I thought the show was going in a predictable route it proves me wrong.

I thought Joey was gonna be in a love triangle with Courtney & Cameron or jealousy sends him to the ‘evil’ side eventually (which would’ve been bad writing tbh). The way he said he feels his magic getting stronger felt like foreshadowing to developing his powers but I did NOT expect him to get hit by a car + his dad dying too.

The writers are really keeping me on my toes. I keep telling myself I’m not gonna stay up late to watch but I can’t help it.

This was a heavy episode. I’m glad it didn’t end on a low note. I’m excited for this show to continue. I feel bad for Barbara. She is in the dark on so much and probably feels neglected while wanting to advance her career. That is not a good recipe for a happy wife.

How cold is Icicle? REALLY COLD!

I’ve seen how evil and bad the villain can be, this pretty much top it all! Someone please give Neil Jackson a Emmy for best villain! Sorry Mister Freeze and Captain Cold, Icicle may very well be my favorite cold villain!
I wonder if I’m a same age as Pat, love it when he gives Mike all these video games reference.
Seeing the JSA headquarter with their pictures was just awesome as well.

I might’ve forgotten or not paid attention but does the staff also give Courtney enhanced abilities? She jumped off the top of the robot and landed on the ground. My ankles hurt watching that part.

The recruitment part is going to be fun. I can already see who she will recruit.

Jay Gerrick’s hat here indicates that the Crisis reset Flash’s family. I can’t say too much because spoiler, but if you’re a CW Flash lore master you know what I’m talking about?

Best one yet. Joeys’ parents reactions were heartfelt and believable. Courtney and Pats’ scenes are feeling more natural and well-acted. All-in-all, nice work!

This episode was amazing. Love the villain episodes.

Kicks off with icicle’s origin in a way and maybe icicles jr.’s start too. Very sad scene for him.

The school was fun and with the sign and the janitor lurks ever more. She starting to try and make some friends. Trying with Yolanda and Icicle jr.

Nice to see that good heart of hers being shown off with Yolanda against Cindy. Helping Joey.

Barbara getting up in her work run by the icicle. And angering sharp. Wonder how that will play out.

Pat giving Mike the video game lecture was great. Enjoyed those classic references. And buddy still adorable as ever.

The fight was great. Just as I thought it was going to put that scare into her at least for a bit. Did not see Joey’s death coming. That was shocking. Thought it would lead to the wizard going for revenge because icicle make it look like Stargirl did but know. He was smart but sadly died too. Wonder what will happen to mrs. wizard after that sad scene when she found out.

He seeing that you can’t save everyone and your actions have consequences was nice. Hoping she realized it. But the JSA scene was great. Seeing the table and the stuff. A sad end it with a hopeful peek as next wrk is recruiting. The owl was great. Shocked she took the lantern battery. Wonder what will happen with that.

In the end a very awesome episode.
The big lesson from this episode…

Poor Denise. Losing both her husband and son in the same day.

Wonder if we’ll see her develop romantic feelings for Pat since it looked like there was more to come between them after they met at the school open house.

Casual mentions of Hatton Corners and Littleville make an old-time reader/collector enjoy this show.
You don’t have to be a comic reader/collector to enjoy it, but homages are always appreciated.
Hatton Corners- Ist Robin,Kid Flash,and Aqualad team-up (Before they became Teen Titans)
Littleville- Home of Robby Reed- Original Dial H for Hero

For anyone else who was wondering, owls in captivity can live to be 28 years old. There was actually an owl in the San Francisco Zoo that reached 50 years old. Source: How Long Do Owls Live? (Owl Life Expectancy) | World Birds

Also, the math teacher’s fraction joke made me chuckle.

I’m loving this series. Just showed how bad ass a good villian can be. Can’t wait for next weeks episode. I wish they had previews at the end of the episodes though… 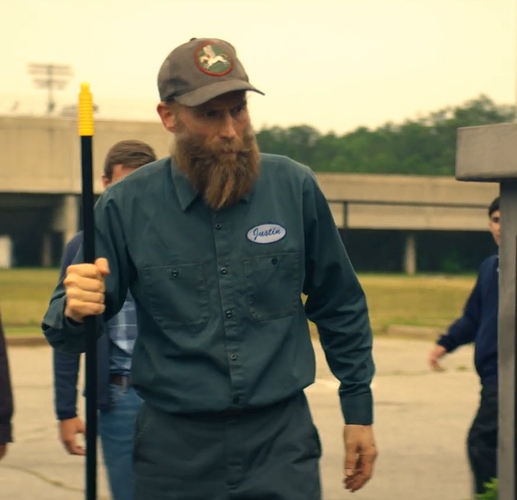 The Janitor’s name is Justin, so I think you’re right. He’s most likely really Shining Knight! This text will be blurred

Ok so 1. I love how Cameron was obviously the one who put the flowers on Yolanda’s locker we can tell because of the beginning where he gave his mom a flower drawing and we see him drawing flowers in his notebook 2. Did anyone else here the thunderbolt giggle when Courtney picked up the pen I know currently we are only having a JSA but next season I can see a full out All-Star Squadron with Jade, Obsidian, Jakeem Thunder, Jesse Quick, Air Wave, Shining Knight! It would be amazing!
Also, I kind of don’t want them to be hinting at a Cameron and Courtney relationship and I’m worried that they may happen based on the teacher’s joke and Courtney’s reaction to the joke. I feel it wouldn’t be right especially if Cameron becomes Icicle Jr. and I just feel it would be weird. Also I don’t know how I feel about Icicle he seems cruel and it’s kind of weird that his powers usually shine as cold breathing and I am not going to be looking forward to him killing people by whistling. Also, I hope the theater could be setting up Johnny Sorrow.