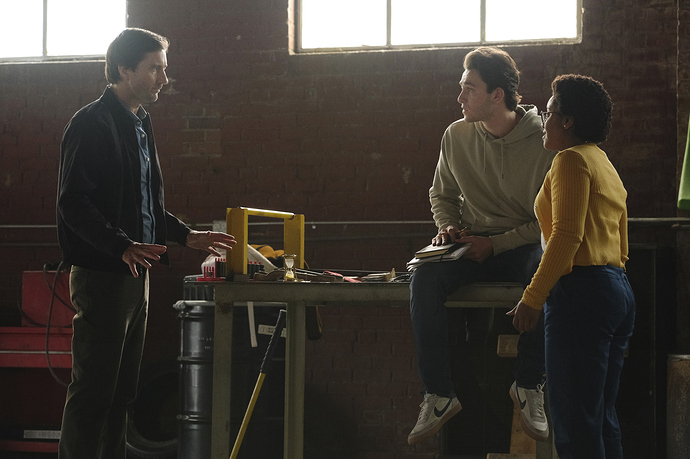 Things are really coming to a fever pitch as we get closer to the season finale.

Courtney’s real dad, Sam, shows up at the house – revealing that Starman is in fact not her father. Courtney is sad & confused since the staff listens to her so well.

The Shining Knight is having some sort of hallucination that makes him think Pat is Dragon King – he tries to fight him but Pat convinces him otherwise.

Brainwave’s memories have returned to him and he reveals to Icicle he knows who Stargirl is. There is a funeral for Henry at the high school, during which Brainwave reveals to Stargirl via mind control that he remembers who she is.

Courtney relights the staff with the help of Barbara & Pat. The Shining Knight’s memories come back as she truly becomes Stargirl.

Not too much to say about this week

NOONE every gave Courtney the impression Her father was Star Man, in fact everyone told her he wasn’t. So the whole oh no he’s not my farther gets a little annoying. You’ve literally seen the gear work for other people who aren’t related to the past heroes. Why couldn’t it happen to you?

I’m not a huge fan of mike but the “what did I do wrong” moment go to me.

Did Justin just walk through town with a sword?

Courtney’s dad jerk move pulled straight from the comics. What a schmuck.

That cliffhanger felt like a gut punch. I loved when the shining knight said our queen is here or something along those lines, that scene in its entirety was my favourite. I was starting to like Sam Kurtis I forgot about how moch of a douche he was in the comics for a second.

Things are starting to become really intense and hopefully Mike figures out what’s going on soon. I am interested to know how powerful Shining Knight is and how much of an impact he will be to the plot of the few remaining episodes.

Brainwave is just plain cold. Even colder than Icicle. He doesn’t even have a shred of remorse for killing his own son.

The episode wasn’t much, but it looks like it will lead to something big in the next one.

That was such a depressing episode ever!

I need a moment to think…
My heart really breaks for Courtney, meeting her real father was actually based on either issue #14 or 15 of Stars and S.T.R.I.P.E. Not much was going on, it was a depressing episode, hope the final 2 episodes will be good.

Pat scored MAJOR points with me on how he dealt with Courtney’s dad. So good!

Cool episode. The first one without any humor, I think.
Watching Courtney break down and hug Pat was extremely well-acted. You could see every crack forming until she just fell apart.
Looks like Shining Knight might be the ace in the hole in the coming battle. As far as we know, none of the ISA knows he’s picked up his marbles.
For Pete’s sake, SOMEONE fill poor Mike in, that kid’s been emotionally tortured and confused all season.
As for the last scene, I actually got a lump in my throat seeing Courtney embrace he role and inner hero. Her mom’s look was one of pride and wonderment.
Man. I love this show.

This episode wasn’t as great as the last one. Just disappointed that Henry is actually dead just after he was getting the hang of controlling his farther. The only good thing about the episode was Pat being a great stepdad to Courtney and how we got to know more about the Shining Knight. I’ll would give it a 7/10 rating.

I really enjoyed the performances in this episode. I knew what Sam Kurtis was like in the comics and a part of me kept hoping that this would play out differently, though deep down I knew it wouldn’t. I do really appreciate the scene where Pat punched Sam. It was very cathartic.

This was a great episode.

So the dad returns. I’m glad they didn’t make Starman her dad in this and kept Curtis because it such a great scene with the lockets. Also if enforces a nice lesson as Pat said “A hero can come from anywhere”.

So I’ll star with Sam. The whole warm up to Courtney to lead to the locket scene was great. Pulled from the comic. I was hoping they would do it. Made it hit harder. Half Pat have him the ole Dugan hook.

The JSA them mourning and continuing to work. Learning more and making great points if they aren’t related but still hero. But they have technology not a cosmic sentient staff who work for people it feels worthy to wield it so there is that.

Mike the what I do wrong was great. Exactly like a kid when there is a problem with the family is to blame themselves good for Pat to comfort him.

Barbara still trying to fight and help her daughter threw this. Still a great mom.

Pat with great Dad moments with Mike and Courtney. The hug of hugs.

Shining Knight is back. His memory fighting his stories of old his legends being told. Excalibur shines. And now his memory coming clearer. He was great. Few sad for what happened to him.

The ISA. Brainwave pulling the strings. He feel he’s in charge no matter what even under icicle he feel he could lead them all. Heck I think he has a plan to to control everyone including the ISA. The death scene the fake mourn to lore out Stargirl. He’s such an awesome™️ villain. But Icicle is smart he may have contingencies. Also icicle cares for Barb. But then through Mike to wolfs with the family as well. He’s still icicle.

Courtney was great in this episode. Learn the lesson of anyone can be a hero. Great scene with Sam. She new she was conned but still hope with her good heart. The staff scene was great. The battle is coming as the queen rises as Justin put it. Can’t wait to see how it plays out.

What will Brainwave do? Will Mike use the pen? Can the JSA save the day in time? Will Justin fully suit up? All this and more nextime same Star time same Star channel.

This was the perfect next step episode after the power of last week’s episode, at least for me. Depressing, painful, but the connection of Sir Justin’s “Heroes can come from anywhere” with Courtney beginning to believe that the staff chose her because of who she is worked really well for me. And I loved “Our Queen has Risen”!

I really feel sorry for Mike. He’s moved from “annoying little snit” to a character reacting more realistically than any other character. And he is now the only person in the family who doesn’t know what is going on; he’s right to ask “why won’t anyone tell me what is going on?” So many times in the second half of the episode I was thinking “Pat you should go talk to your son!”

I’m still thinking the key to the finale (the two-parter starts next week, how weird is that?) is going to be Dragon King’s comment that the machine will take control of “every fully-developed mind” – so Pat and Barbara will be controlled, but Courtney, Mike, and our intreped band of amateurs will be free of the mind control. I’m hoping Icicle Jr. will be another free mind to make his own choice.

I’m still hoping there will be a “related to Starman through blood” answer, but I could get behind the “the staff selected the most appropriate person” like the Silver Age Green Lantern or (over in the Marvel world) Thor’s Hammer.

Such a fantastic episode! Loved seeing Courtney’s outfit compared to her dad’s, and it was wonderful that they included the bit about Yolanda going to Church and worrying about Henry.

On that note, the face of fear that the girls had in the auditorium was so perfect.

Glad that the hacker villain was remembered here, too.

My favorite part? Courtney really does feel responsible for the deaths, and her mom is definitely whom she got her heroism from.

You’ve got to end the bloodline!

Great episode. The acting was really on point in this ep. On a side note…I dont think the sword weilding hero has his mind back. He’ll never be the same again accorsing to Icicle’s conversation with Brainwave as they talked about Barbara.

One question: How did Sir Justin carry the sword from the custodian’s room in BV High to Pat’s Pit Stop w/o the students noticing, let alone the people of BV??

I am not a very emtional person but oh my god this episode had me, a 16-year-old idiot crying. Now that is what I call a great episode and an amazing show. 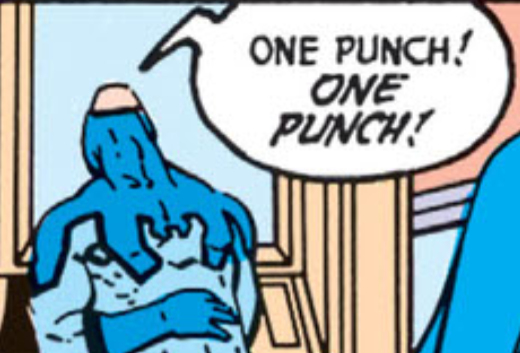 That’s about all I have to say about this episode

In all seriousness though, I really like how they adapted the plot with Courtney’s father. Kinda expected more of a dive into Shining Knight’s origin, but overall this was a great episode.

What a sad episode. Great acting all around. Glad we got that pay-off at the end.

With how Courtney’s Dad talked about the lockets being ‘old’ and ‘special’ I thought they were created by the person who made the staff or made from the same material thus explaining why Courtney can wield it. Glad they went with her just being worthy.

When Shining Knight came down the stairs I thought it was going to be Mike finally. I’m kinda worried something will happen to him. He’s gonna get involved one way or another being targeted by the ISA. Worst case scenario is he dies but I’m not sure that we’ll get another good guy death this season if we do that’d be nuts.

With just 2 episodes left I’m curious how they’ll wrap everything up. Except for the magician all the ISA are still accounted for but Brainwave and Icicle need to die minimum (if they’re the only members who are keeping the knowledge of Courtney’s identity).

The scene with Pat consoling Courtney was so sweet. With all the arguing she’s done with him that father-daughter moment was satisfying to get. I hope the growth of their bond gets to the point where she does see him as her father and not just the guy who married her mom.

I can imagine in the final episode at the dinner table she calls him ‘Dad’ and Barbara looks to Pat with a smile and Mike just looks around still not knowing what’s going on.

I’m still seeing threads of hope. Brainwave mentioned that he felt like his power had grown, as if he’d absorbed his son’s power. Hoping theory that he may have absorbed Henry Jr’s mind as well.