What do you think will happen in the Finale?

The trailer makes it look like Barbara is no longer controlled by the Brainwave’s influence, which would indicate some type of victory for the heroes. There are two ways I can see that happening- Stargirl fights S.T.R.I.P.E. and is able to knock some sense into Pat or this influence from Brainwave has the opposite effect on Justin and his memory returns- and defeats Brainwave, but at a sacrifice.

Another idea is that when the machine shows up, it temporarily affects Barbara and she is able to go to the school.

I am not even 75% sure of my predictions, but here is all that can be analyzed: 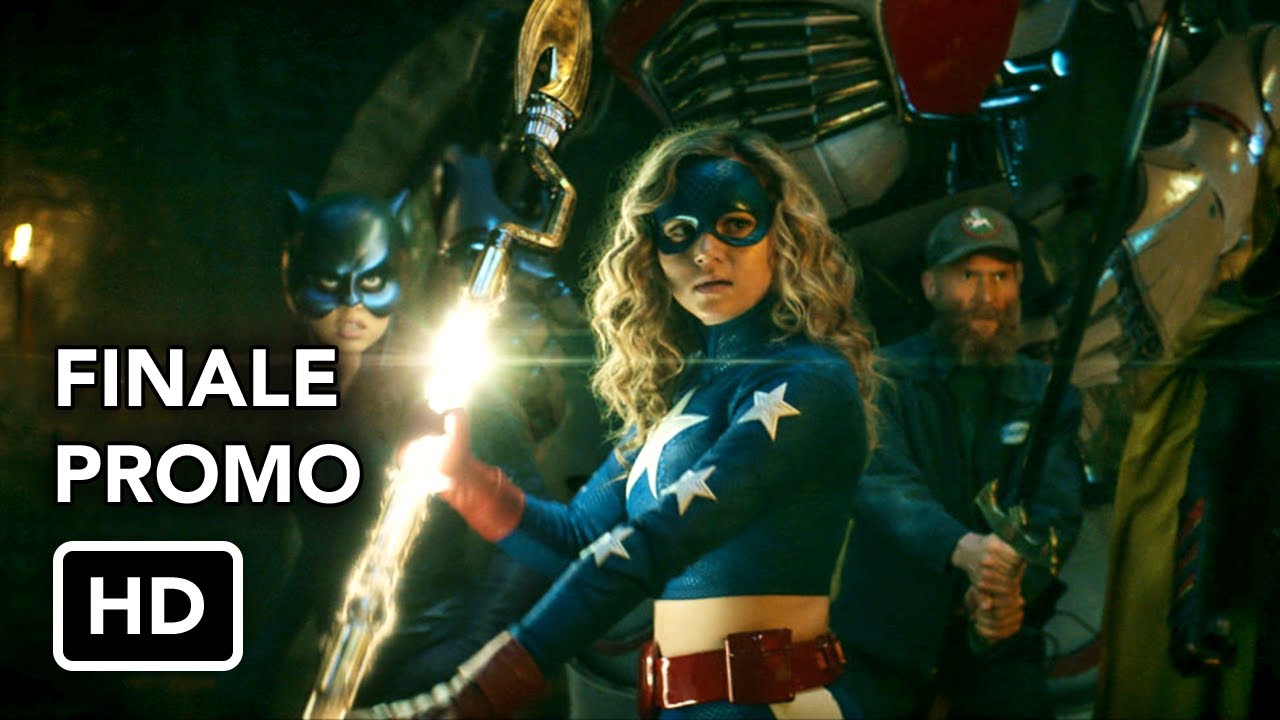 STRIPE suit gets destroyed. Machine is broken by the resistance to it. Justin lives. Dragon King dies in front of Shiv to her horror. Cameron accidentally kills Jordan.

The title will appear.
The credits will role.
Stargirl will make an appearance.
Pat will say the word “the.”
One of the villains will say a word that contains the letter “s.”
Captain America will not save the day.
I will watch the episode.
Over 63.25723% of the characters will wear some form of shoes.
The cosmic rod will start singing baritone randomly and no one will address it.

Please note. At least one of these is bound to be false. I can’t make every prediction flawlessly. The future is ever changing.

Do you want a list of things that won’t happen? That one is longer.